With racing around the world still on hold, pro triathletes have been getting their adrenaline fix through online racing. In June fans will have lots of opportunity to watch their favourite pros race against each other. 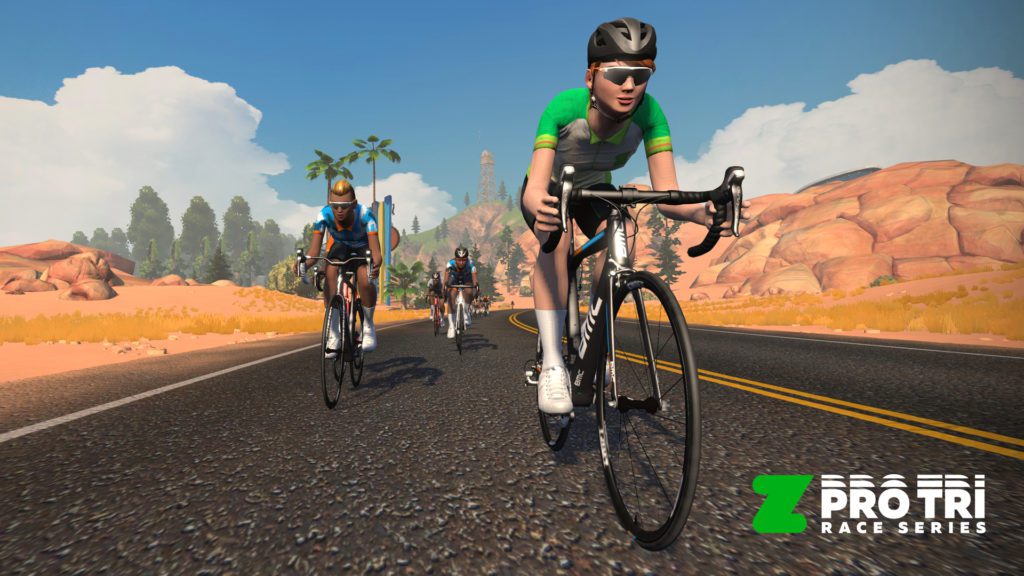 The Z Pro Tri race series was announced in April and has provided some exciting racing over the last few months. The series has produced some really close finishes (Lionel Sanders was pipped at the line a few times before finally nailing a photo-finish win) and has managed to work out some of the challenges of ensuring athletes are all competing under similar parameters (weigh ins, equipment protocols, etc.).

In June we’ll get to see more racing from the pros through a four-race invitational series.

According to a release from Zwift: “The start list for each race contains 30 of the biggest stars in the sport, in both short and long distance racing. Confirmed athletes include Lucy Charles-Barclay, Sophie Coldwell, Flora Duffy, Jess Learmonth and Georgia Taylor-Brown. On the men’s side, Kristian Blummenfelt, Terenzo Bozzone, Alistair Brownlee, Braden Currie, Gustav Iden and Lionel Sanders are all confirmed to race.”

The series begins Wednesday, June 10 at 2 pm EST and can be seen here.

Beginning on June 11 at 2 pm EST, Super League Triathlon will be launching its eSports race series too. The five-race series will see athletes compete on national teams of four riders for prize money. The men will race on Thursdays (June 11, 18 and 25), the women on Tuesdays (June 16 and 23).

Super League has confirmed that both Alistair and Jonathan Brownlee will represent Great Britain, while Vincent Luis is part of the French team and Kristian Blummenfelt will be on the Norwegian team. The Canadian men’s team features Matthew Sharpe, Nathan Killam, Aiden Longcroft-Harris, Brent McMahon and Jeremy Briand. There’s no information on the specific women’s teams as of yet, but Great Britain’s Sophie Coldwell has been confirmed as part of the British team.

According to the Super League Triathlon site: “In every race the combined times of the two fastest riders from each team will count towards the overall Team Classification Leaderboard. Each race will also award points for the quickest athletes in intermediate sprints and KOMs/QOMs. The top five in each will score points – 5/4/3/2/1. The team with the most points from these elements picks up a cash bonus at the end of each race. We also collate an informal individual leaderboard using the points awarded for the sprint/KOM/QOM section plus for the top ten across the finish line awarded as 10/9/8/7/6/5/4/3/2/1.”

There is prize money for the series, but Super League hasn’t spelled out exactly how much – “The big money is paid to the top three teams in the Team Classification Leaderboard at the end of the series,” Super League says.

You’ll be able to watch the series on Super League Triathlon’s YouTube channel – there will be an hour-long show for each race.