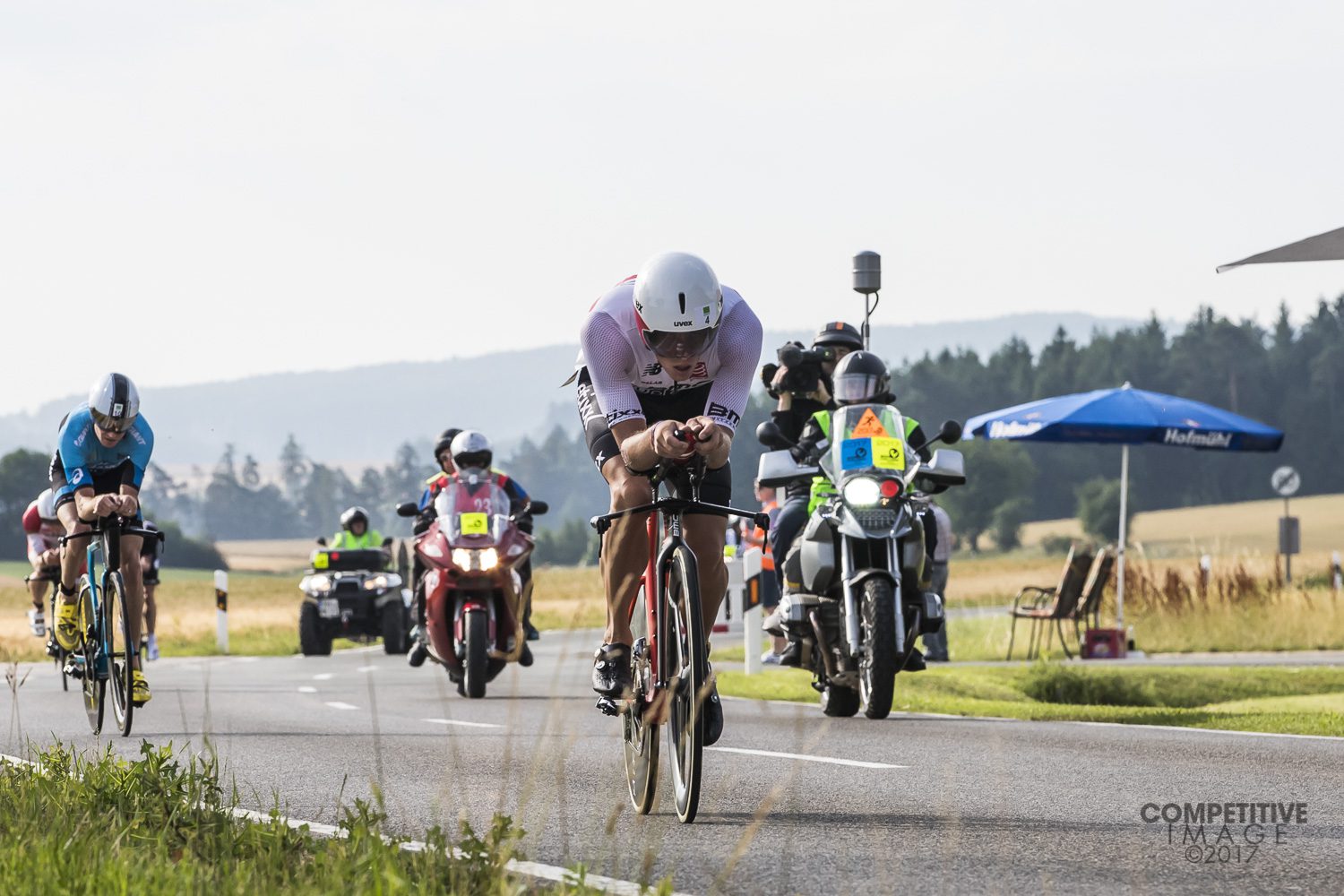 In the world of quantum physics, there is a well-known principle that states you cannot measure an object without changing it.  This is appropriately called the observer effect.  Although the quantum mechanics application of the principle is targeted at unimaginably small objects, are we accidentally triggering this same effect by our need to stay informed and to provide excellent media coverage for cycling and triathlon?

I doubt that many people would argue: excellent media coverage of an event can only do good things for its popularity.  As a slightly less than mainstream sport, triathlon can only benefit by having excellent television coverage.  Instead of watching the splits pop up in a text based web browser, we can now watch the look of pain on Alistair Brownlee as he fights to keep ahead of a charging Lionel Sanders and Sebastian Kienle at the recent Challenge Samorin race.  Watching this unfold in front of your eyes is a fantastic addition to the sport, helping to draw in a new generation to the pain and self-torture, but also elation and accomplishment experienced, in turn, by these athletes.  As great as this is, what is the cost of having this wonderful coverage delivered to us?  Are we inadvertently changing the outcome by striving to get top-notch television coverage?

Motos are ever-present in the world of triathlon and cycling.  They enforce rules, record images and even provide advanced warning to spectators who are anxiously awaiting the race leaders to come screaming by.  A nominal separation distance is kept between the athlete and the moto, but because of an infinite number of outside influences, sometimes this distance falls to the point where a benefit is being handed out to someone who is already leading the race.  The question that I would like to answer is: at what point do we need to start worrying about influence of lead out motos and how much of a benefit can they inadvertently offer to the athletes?

Using the same 3D scanning and software analysis techniques I’ve previously used to investigate athlete drafting, I have now turned the attention to drafting of a lead out camera moto.  In this investigation, I’ve considered following distances between 5m and 20m with the rider directly behind the moto, and then subsequently moved to the side by 1m and 2m.  There’s no doubt that everyone expects a significant draft benefit close up, but how large is it at 20m?  And how quickly does it fall off as you move away from the centre of the wake? 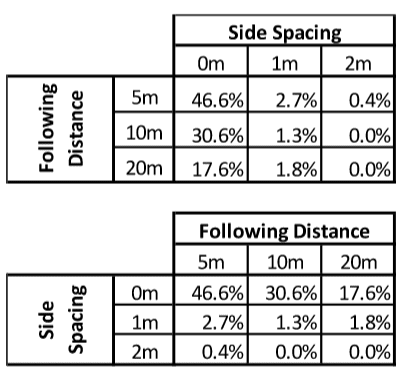 In the direct wake of the lead out moto, drag is reduced nearly by half at 5m, around a third at 10m, but, most concerningly, by nearly 20% as far as 20m out!  As the rider moves side to side (or as crosswinds blow the wake around), this effect drops off extremely quickly.  At 5m back with a 1m sideways position, a 46% drag reduction drops off to less than 5%!  At 2m, this effect is as close to nothing as actually matters.

In Figure 2, we can see that the average windspeed in the wake of the moto forms a fairly narrow corridor, then moves back up to “normal” conditions as you move off the centerline.  Once a rider exits this blue wake, the benefits of drafting are minimal.

Figure 3: Following at 10m, but 2m out to the side yields almost no benefit

Looking at instantaneous results (think of it as a snapshot of the flow), Figure 3, the effects of turbulence and unsteady flow can be seen.  This oscillation is the reason that drafting always feels like you’re getting bounced around, rather than sitting in a smooth, calm area.

Figure 4: Instantaneous results showing the oscillation of the wake

So, now that we know even at 20m, a cyclist can benefit from a massive reduction in drag, on the order of 20%, how does this translate into speed?  Well, at 250W, Alex would be travelling approximately 45km/h in calm air.  Reducing his drag by 20%?  That corresponds with a whopping 3.3km/h increase in speed without any additional effort, the equivalent of an extra 55W!  If Alex were the lead rider on a 70.3 bike split, benefitting the entire time from a lead-out draft, this would save him up to 8 minutes!  Is this fair?  Is this something that we want to allow?  Definitely not.

The real question is how do we deal with this?  I think it’s safe to say that no one wants to take a step back in terms of television coverage, but education for the camera operators would be a good first step.  Asking them to keep a horizontal offset from the rider would certainly help, since the draft benefit is so sensitive to location.  Are there other solutions?  I would certainly love to hear feedback for other ideas on Twitter, @STACPerformance.

Although we may not be able to completely break the laws of physics, we can certainly minimize the impact of our own self-inflicted observer effect.