I’m not much of a sports fan, but more of a sports participant, maybe this gives me a dispassionate perspective, I’m not sure.

How many female and male pros would be there? Ten? Maybe 15? And, if that was the case, would the reduction in pro participation change how the event was covered and perceived by fans and by sponsors?

I’m not sure there would be a noticeable difference in how the race would be covered, since there is usually only a small number of legitimate contenders for the top spots.

Of course, fans do “care,” at times, about interesting outliers and on-course spectacles (such as bikes thrown into lava fields), but a professional triathlete that builds her/his brand employing the Norman Stadler technique or grabbing screen time may have tough questions from their sponsors on Monday morning.

Often the only folks who really care about those 11th- to 40th-place pros are the moms, dads and creditors of said athletes.

And speaking of sponsors, do they care if their athlete “represents” at Kona? 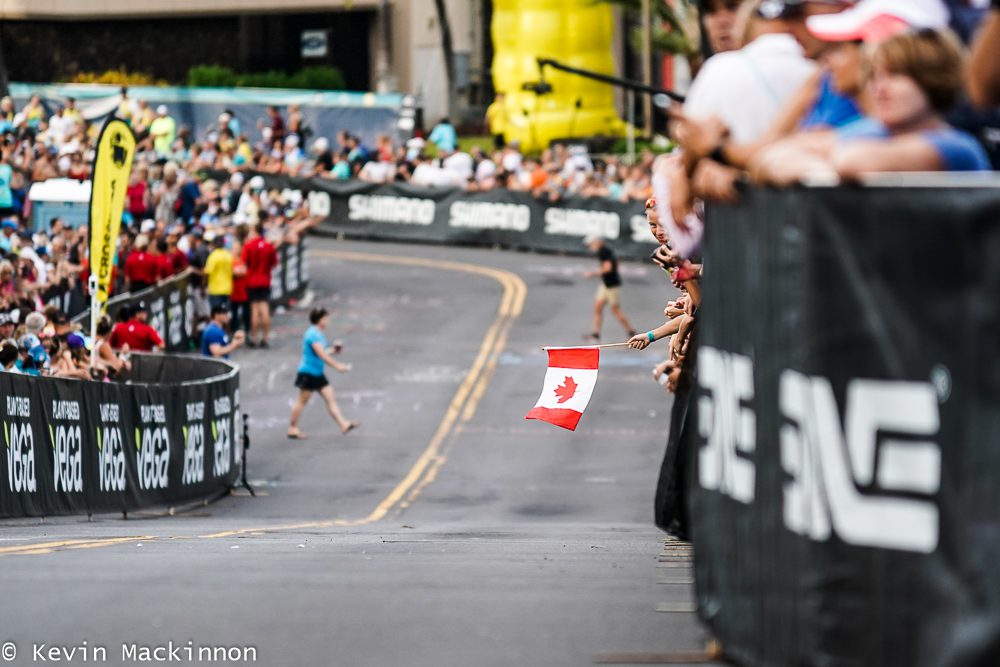 It likely depends on what the sponsor is shilling. For example, if a bike company is paying an athlete’s expenses (or more), and that athlete gets the fastest bike split of the day, or the course record, it is money well-spent, even if that athlete falls outside the top-five or top-10 overall.

If the sponsor is “on the fringe,” that is to say, they are not directly part of the triathlon industry (equipment, nutrition, clothing ) the only result they likely care about is a podium finish – top three. And the athlete best be Heather Jackson-charismatic, Lionel Sanders-gutsy, or Lucy Charles-Barclay- lovely while doing it.

So, if the entire cast of leading men and leading ladies at an Ironman World Championship could be fitted into an economy room at Motel 6, why have there been, and why will there be, so many pros showing up and taking a financial loss just to participate?

Is it for their ego, and need to be there for the big show? Is it to apprentice and learn for when they truly are contenders? Is it their sincere belief they have a chance? Perhaps they have well-heeled benefactors at the community level?

I guess it doesn’t matter so much as the fact that they will be there, again, even with the huge increase for the price of admission. I would contend, however, that even though over half of the pro field is unlikely to cover their expenses, they need to be participating at Kona for the good of the Ironman brand, and for long-course triathlon, period.

The role for that group of pros could well be to act as “pack fodder.” To borrow a term from the movie industry, they may be considered “extras,” actors/athletes called in to fill a scene and to make it look, “real.”

It is, after all, the Ironman WORLD Championship. Having a large number of pros on the pier and the Queen K is evidence that long-course triathlon is a legitimate sport and it has a legitimate world championship (the World Triathlon Long Distance Championships, notwithstanding).

Although the Zwift Tri Battle Royale with Jan Frodeno and Lionel Sanders garnered some interest for triathlon as it lay on life support during Covid, imagine the repercussions of a pro field of five. Would the extra room on the pier be rented out as VRBO to affluent age groupers? Would draft marshalls get bored? Would Bob Babbitt get lonely? These are elephants in the room. They are eating a lot of grass and getting bigger every time costs go up for a pro’s participation in Kona.

Knowing now what the role that the bulk of the field plays at the Ironman World Championship, it only stands to reason this group of professionals is compensated. Stakeholders in the championship need to address this issue. They need to ensure pros who cannot afford to participate in Kona due to the rising costs, are able to do so.