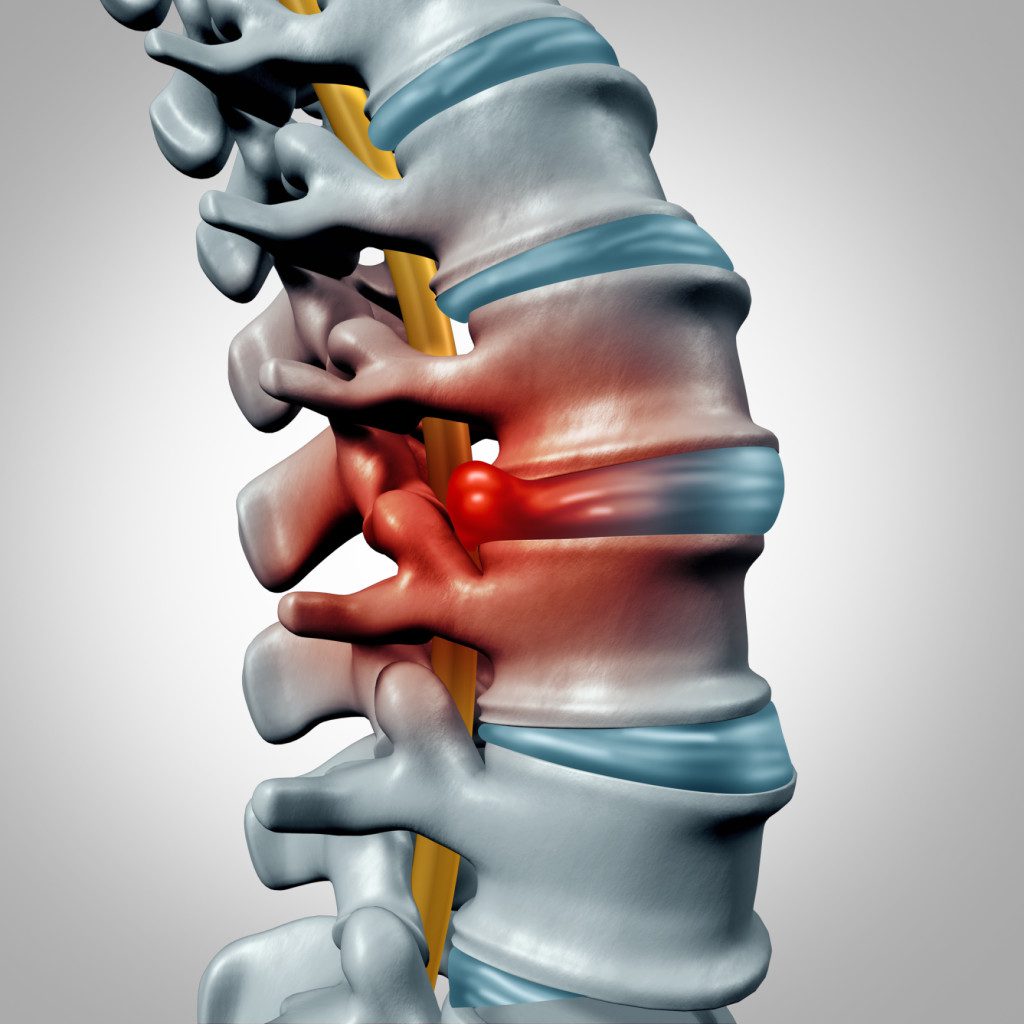 It isn’t just aging age groupers who suffer from back pain. Some of the world’s premier athletes have been forced to retire or take significant time off their sport because of a disc herniation.

This injury can occur in the cervical spine (the neck), or the lumbar spine (the low back) and can be a debilitating injury. Cycling can be a major contributing factor to disc failure as it is often the result of repeated lumbar bending with only moderate compressive loads.  Symptoms can include, depending on the severity of the injury, from back pain, leg pain, foot pain, weakness in the affected leg, along with numbness and/or tingling. X-rays are usually negative.

Joanna Zieger is one professional triathlete who had a disc herniation in several years back that affected her season. Pro cyclist Carlos Sastre suffered a disc herniation after a crash at the 2010 Giro d’italia.  After a month and a half of severe pain, inability to race or train, and intense rehabilitation, he was able to race the Tour de France without it affecting his cycling.

The spine is made of many small bones stacked on top of one another, called vertebrae.  Nerve roots branch out from between the vertebrae to serve the various areas of the body. The discs, made of a material mostly comprised of water, sit between each spinal vertebrae in the entire length of the spine. They have multiple important purposes: to allow slight movement between vertebrae, to hold the vertebrae together, and to serve as shock absorbers between the bones. They are made of two layers — a tough outer layer and a gooey inner layer. The outside layer of the disk may grow brittle with age, losing some of its water content. A ruptured or herniated disk occurs when the tough outer layer ruptures, allowing the jelly-like contents of the disk to spill. This can then irritate the nerve roots as they emerge from the spinal cord, producing pain and numbness in the back, neck, arm or leg. This pain can follow the path of the entire nerve through its course.

It is very difficult to confirm the diagnosis of a disc herniation without the help of an MRI or a CT scan. If the studies are negative and other injuries are ruled out, usually the diagnosis is a frustrating “Non Specific Chronic Low Back Pain.” This is the result of the bike position and the tissues being stretched for a long period of time, which decreases these tissues’ ability to stabilize the segments in the back. This allows for a loss of control and unprotected movement through certain segments of the back which are experiencing the excessive stretching, sometimes referred to as “tissue creep.” This can also be the cause of a disc herniation, which happens when the muscles are unable to support the spine and they begin to compress, or shear, the discs.

Treatment should focus on strengthening and increasing mobility in the hips. (There are very few cyclists that are not restricted through the hips.) Exercises that focus on range of motion in the spine are counter-productive since part of the problem is too much motion in the spine to begin with. Strengthening of the muscles that support the spine is also recommended. This strengthening should be endurance based, as it is the prolonged position that causes these muscles to fail. Bike position is important as well, to place the spine in a desired neutral position to begin with.

In a small number of cases, surgery is the answer if this injury can’t be rehabilitated. Back surgery has improved these days and is considered quite safe. A discectomy is where they remove part, or all, of the disc between the vertebrae. This releases the pressure from the nerve and the pain is reduced immediately. Rehabilitation is also very important as this area will be vulnerable to re-injury. An orthopedic surgeon or a neurosurgeon will decide if surgery is recommended in a case-by-case basis.

Dr. Jenn Turner is a chiropractor who works with many elite triathletes and cyclists. As the chiropractor for the national cycling team, she knows the importance of strength to protect the back in cycling as her athletes spend most of their day on a bike. To contact her email drjennturner@gmail.com.