Patrick Lange’s performance was nothing short of amazing. His sub-eight hour finishing time of 7:52:39 was a feat that had never been accomplished before, and likely won’t happen again for some time. Besides the athleticism displayed on October 13th, 2018, this year, Kona was blessed with near perfect conditions. That isn’t to underestimate the heat, humidity and wind on the island, but relative to past years, 2018 was a “once in a blue moon” occurrence.

But, did Lange receive outside assistance?

As Dan Empfield pointed out in his article, “Was there a Domestique in Kona?”– the Ironman rule book in 2015 read this:

However, in 2018, the rulebook looks very different, with no mention of an athlete subordinating his/her race ambitions to benefit another. So, is Ironman turning a blind eye to team tactics?

(a) Assistance provided by Race Referees or Race Officials (including official Event volunteers) is allowed, but such assistance is limited to providing drinks, nutrition, mechanical and medical assistance, and other necessary assistance (as may be approved by the Event Director or Head Referee).

(b) Athletes competing in the same Race may assist each other with incidental items such as, but not restricted to: nutrition and drinks after an aid station, pumps, tires, inner tubes, and puncture repair kits;

(c) Athletes may not provide any item of equipment to an athlete competing in the same Race if it results in the donor athlete being unable to continue with his/her own race. Such equipment includes but is not restricted to: shoes, complete bicycle, frame, wheels, and helmet. The penalty for this will be disqualification of both athletes; and

(d) Unless otherwise preapproved by the Event Director or Head Referee, no athlete shall intentionally cause the physical forward progress of another athlete on any part of the course during the Race. The penalty for this will be a disqualification. 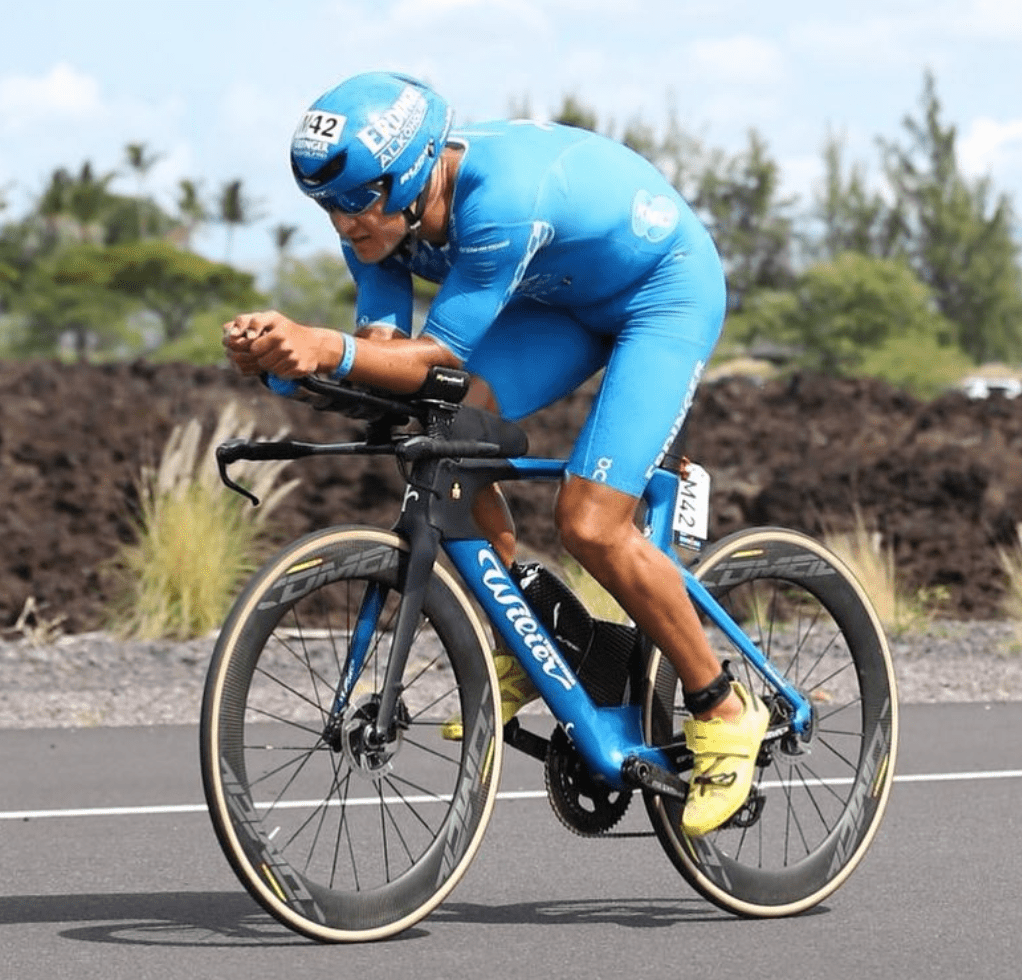 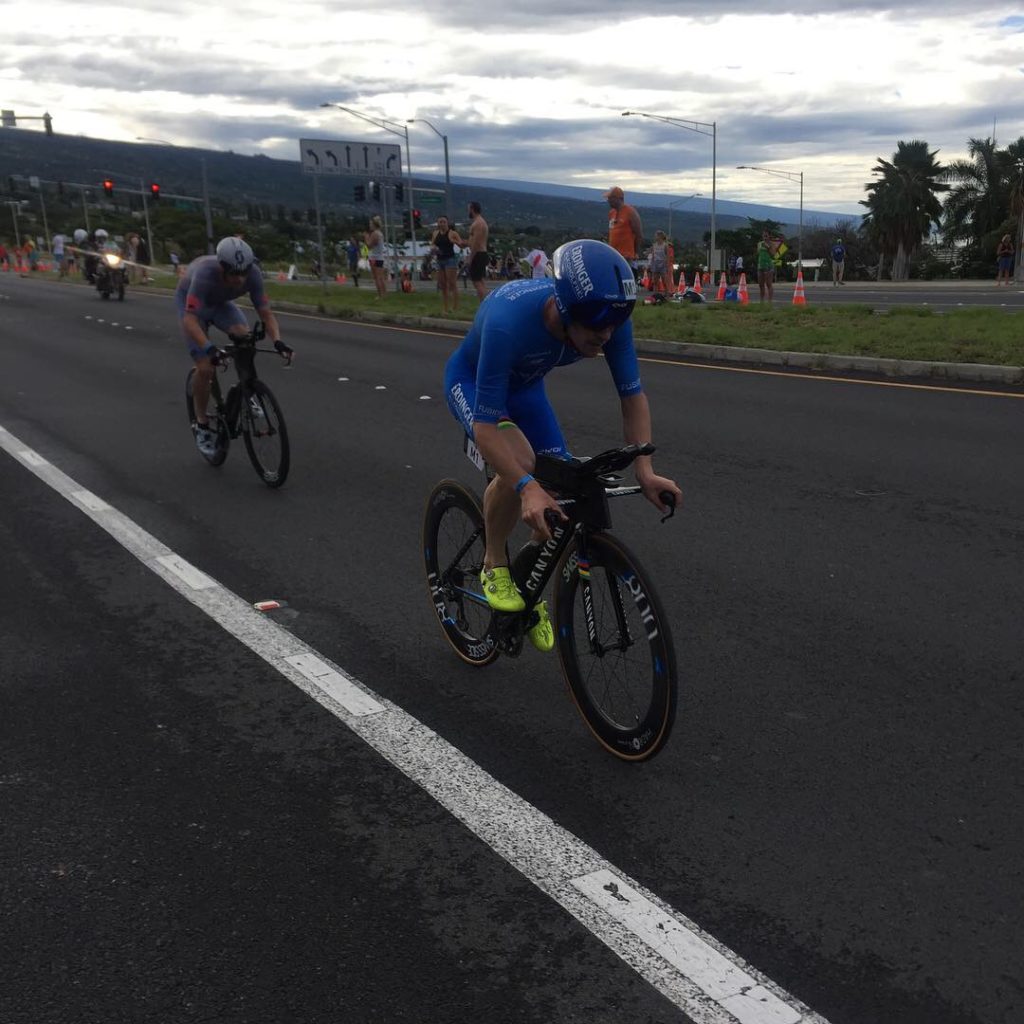 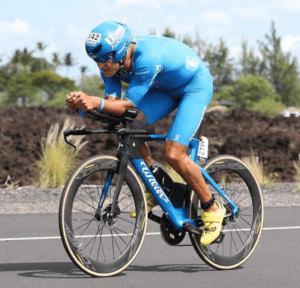 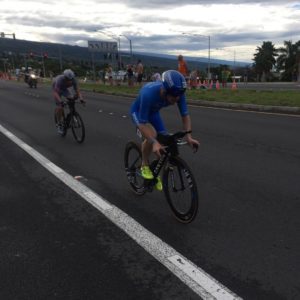 To be clear, Dreitz and Lange did not appear to break the 12-metre draft zone that Ironman enforces. However, what was clear, was two athletes wearing the same team jersey moving through the elite men’s field. Lange closely followed Drietz, while Drietz kept an eye on Lange.

It was so apparent to those watching and racing, that Braden Currie, the 5th place finisher at Kona said on the Fitter Radio with Bevan Mackinnon and  Mikki Williden, “Patrick and Andreas Dreitz came through. I hope Patrick is paying him well, because jeez. He was pretty amazing. Yeah, he (Dreitz) put himself on the front, and he stayed so steady. You could tell that Patrick just kind of had him by the finger in a way like “easy up a little bit,” “keep pushing,” “I’m still here we’re good,” and Andreas just went to the front and did all the work.”

Dreitz and Lange came out of the water at roughly the same time, three minutes back from the race leaders. Currie was just up the road from the two Germans, and when the blue train of Dreitz and Lange came rolling by, he hopped on. Dreitz towed Lange and Currie to the main chase group. Once there, Dreitz took a breather before driving the pace home all the way back to Kailua-Kona.

When Dreitz jumped off the bike, he still managed to salvage a 13th place finish and a 3:02 marathon time. What would have happened if he had raced for himself? Did he subordinate his race ambitions to help Lange, the defending champion, repeat and set a record few thought would be possible so soon? Will team tactics become a common occurrence in Ironmans to come? And should it be allowed?