Lauren Brandon, who routinely posts the fastest swim split at any race she enters, has signed with deboer wetsuits, along with last year’s winner of the Ironman 70.3 World Championship, Gustav Iden.

There’s only one woman who has managed to stay ahead of American Lauren Brandon in the water both times the former NCAA All-American swimmer (she swam at the University of Nebraska) has raced at the Ironman World Championship – that’s Lucy Charles-Barclay. Brandon routinely clocks the fastest women’s swim split at pretty much every race she enters, and it’s not unusual to see her post the day’s fastest swim split overall, either. Last year she did just that, beating all the men to T1 on her way to a record-setting win (9:09:09) at Ironman Boulder.

“I am very excited to join deboer wetsuits,” Brandon says. “I knew they were on an entire different level than other companies from the first few strokes I took in their wetsuit. I was so impressed with how I didn’t have to change my swim stroke at all. Instead, I was able to take my usual long strokes. I also noticed while wearing the deboer wetsuit that I was able to swim longer without my shoulders getting fatigued, which will be a huge benefit come race day. Looking forward to a great 2020 and beyond with an amazing company.” 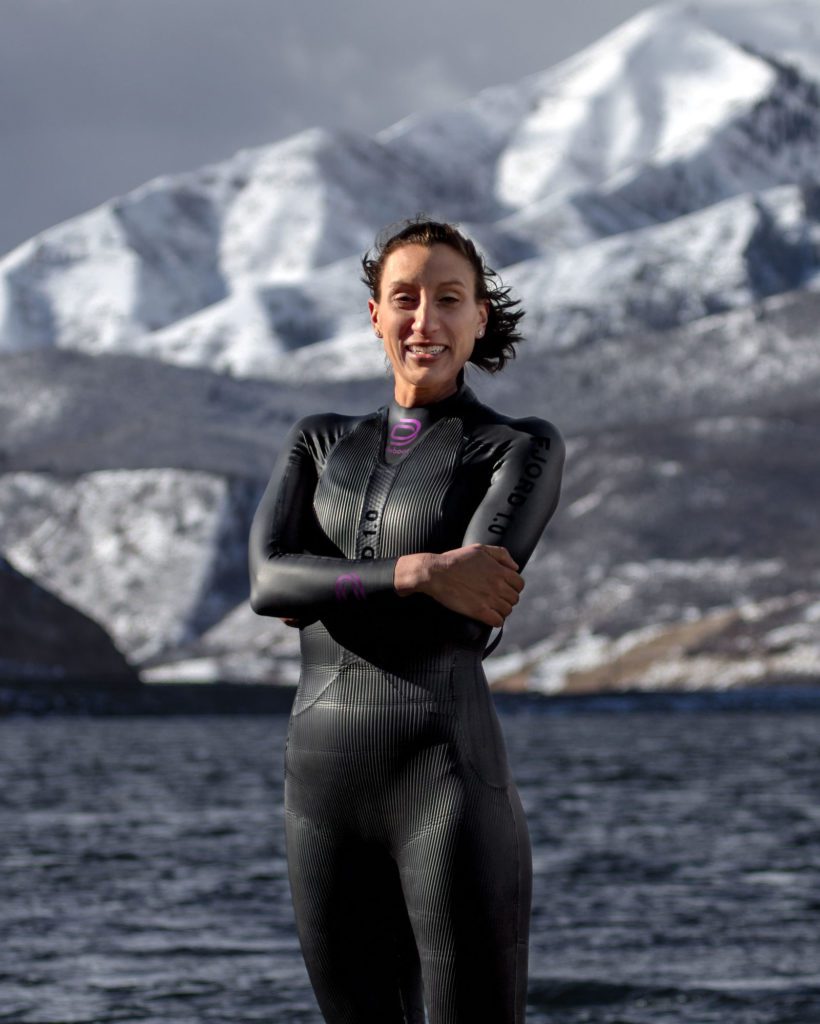 Formerly with Roka, Brandon has just signed with deboer wetsuits, the brand that also sponsors Jan Frodeno and Daniela Ryf. According to deboer, she’ll be using the company’s the Fjord 1.0 and Flōh 1.0 wetsuits, along with the Tsunami 1.0 speedsuit.

The big names just keep coming – yesterday deboer wetsuits announced another three-year partnership with Norway’s Gustav Iden. A week after an impressive fourth-place finish at last year’s ITU Grand Final in Lausanne, Iden stunned the world by outrunning Alistair Brownlee in Nice to take the Ironman 70.3 World Championship. Iden has his sights set on the Olympics in Tokyo this summer, but will no-doubt look to defend his world title in November in Taupo. Like Brandon, Iden plans to use deboer’s Fjord 1.0 and Flōh 1.0 wetsuits, and Tsunami 1.0 speedsuit.