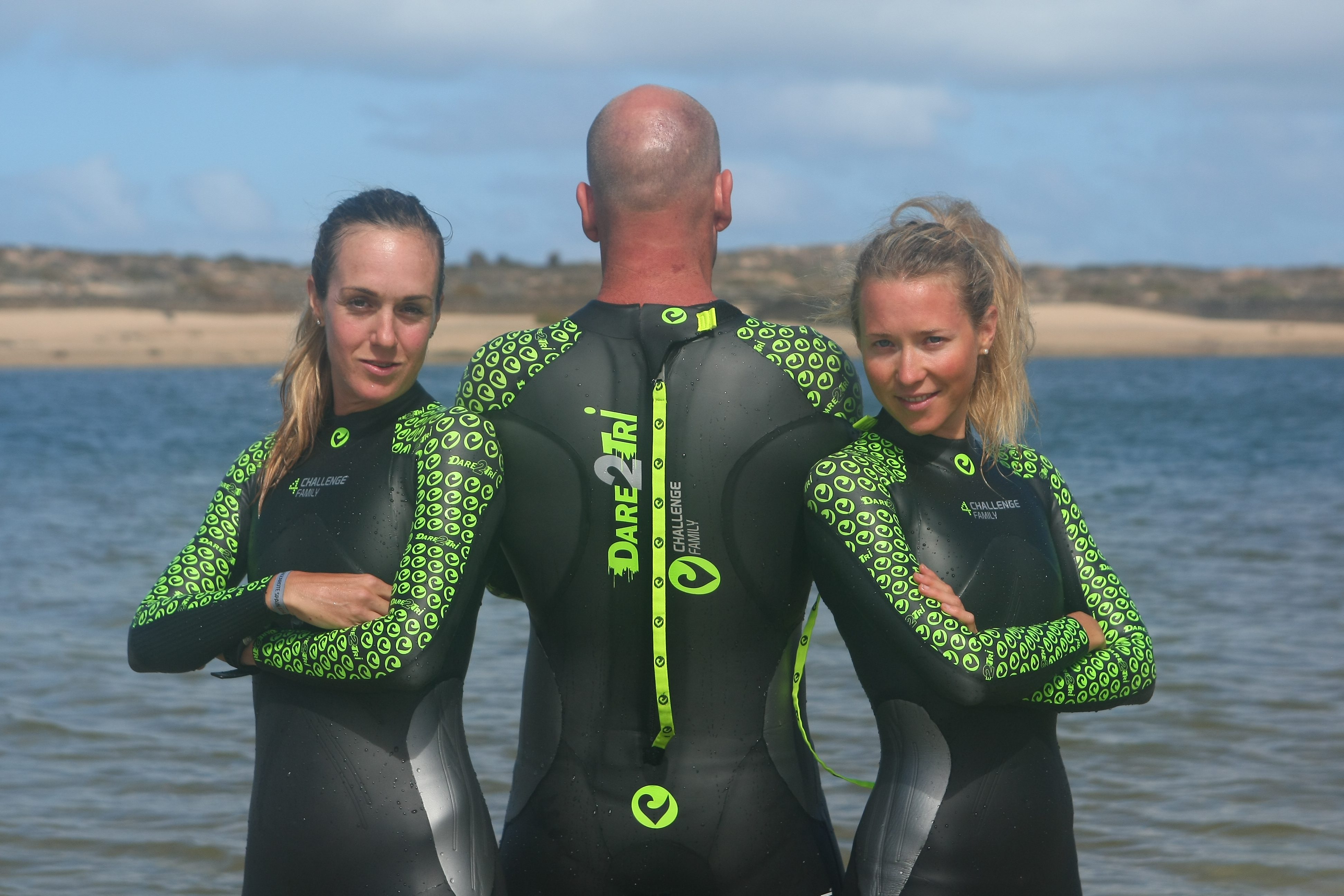 For those seeking an alternative to the major triathlon brands marketed to North Americans, European brand Dare2Tri is a quickly expanding choice. Brooke Brown has sported her Dare2Tri outfit on the way to many international triathlon wins over the past few years and the Dare2Tri Mach4S wetsuit is the first choice of Lionel Sanders after he tested several other brands.

Alex de Boer is the founder of the Dutch company and he has a long history in triathlon. He became a triathlete himself in 1995 and started to import wetsuits the same year. Three years later he cut a deal with Ironman and became responsible for the merchandise of all the Ironman races in Europe. De Boer was a pioneer. “There weren’t a lot of other companies in Europe at that time,” he recalls.

“It was all new and we had to figure out everything ourselves. It was a great time and I learned a lot. I know everything about wetsuits, I know which materials are the best and I’ve visited all the important neoprene producers in China.” De Boer designs everything himself: from wetsuits and triathlon clothing to the famous Ironman finisher backpack. “That was definitely our best selling item.”

De Boer brought his knowledge of wetsuits, materials and neoprene producers and his now over twenty-two years of experience in design, production, and marketing of triathlon gear to Dare2Tri. “Triathlon is an expensive sport. Our goal is to make triathlon more affordable. We can do that because we sell directly to our customers and eliminate the import and distribution channels, as well as the retailer. That’s how we can sell our products at our price level without compromising on quality.”

Dare2Tri sells triathlon clothing and accessories like visors, hats and race belts, but focuses on wetsuits and speed suits. “That’s our core business. We have wetsuits for beginners, starting at C$299 and top-of the-line wetsuits for athletes with high demands. We’re always innovating and trying to make things better. We have a group of athletes that comes together every year to see what can be improved and they are testing our suits extensively. Their opinions and ideas are very important to us.”

De Boer is always on the hunt for better materials: linings, neoprene, and coatings. It resulted in their highly demanded showpiece: the MACH4S. This high-end wetsuit has been created in cooperation with world class swimmer and professional triathlete Benjamin Samson, Brooke Brown and Dare2Tri Asia/ Pacific & Southern Hemisphere director Bill Abram who has been involved in the triathlon business since 1998 and works with professional swimmers and triathletes, locally and internationally.

The MACH4S ensures maximum buoyancy, flexibility, durability, and warmth. New this season is the MACH4S 0.5, made of JAKO GLIDE Skin 44 cell neoprene with selected linings on those places where needed. “The MACH4S 0.5 is designed with the more advanced swimmer in mind but is beneficial for all swimmers who just want the best. The arms and shoulders are made of ultra thin 0.5mm neoprene which doesn’t restrict the stroke at all. It almost feels like swimming without a wetsuit, even after 3.8 kilometers.”

De Boer is proud of the fact that Lionel Sanders chooses to swim in the MACH 4S. “He tested several wetsuits and found out that the MACH4S is three seconds faster per 100 meters than the top suits of other, more expensive brands.”