Having won her first Ironman world championship in 2015, the Queen of Ironman has been unbeatable in Kona since then.

However, today began very “un-Daniela-like.” After Lucy Charles broke the swim course record, we would have to wait 10 minutes for the Swiss triathlete to come out of the water. Although Ryf was not expected to take the lead in the swim, a 10-minute deficit was concerning. The Swiss triathlete was actually stung by a jellyfish early in the swim and struggled to complete the 3.8K. However, quitting was not an option for the defending champion.

On the bike, Ryf would meticulously work her way through the field, before passing the young Brit with 15K to go. With near perfect conditions, Ryf finished the bike course in 4:26:07, breaking the previous record by 18 minutes. Charles would also go under the mark in 4:38:11. 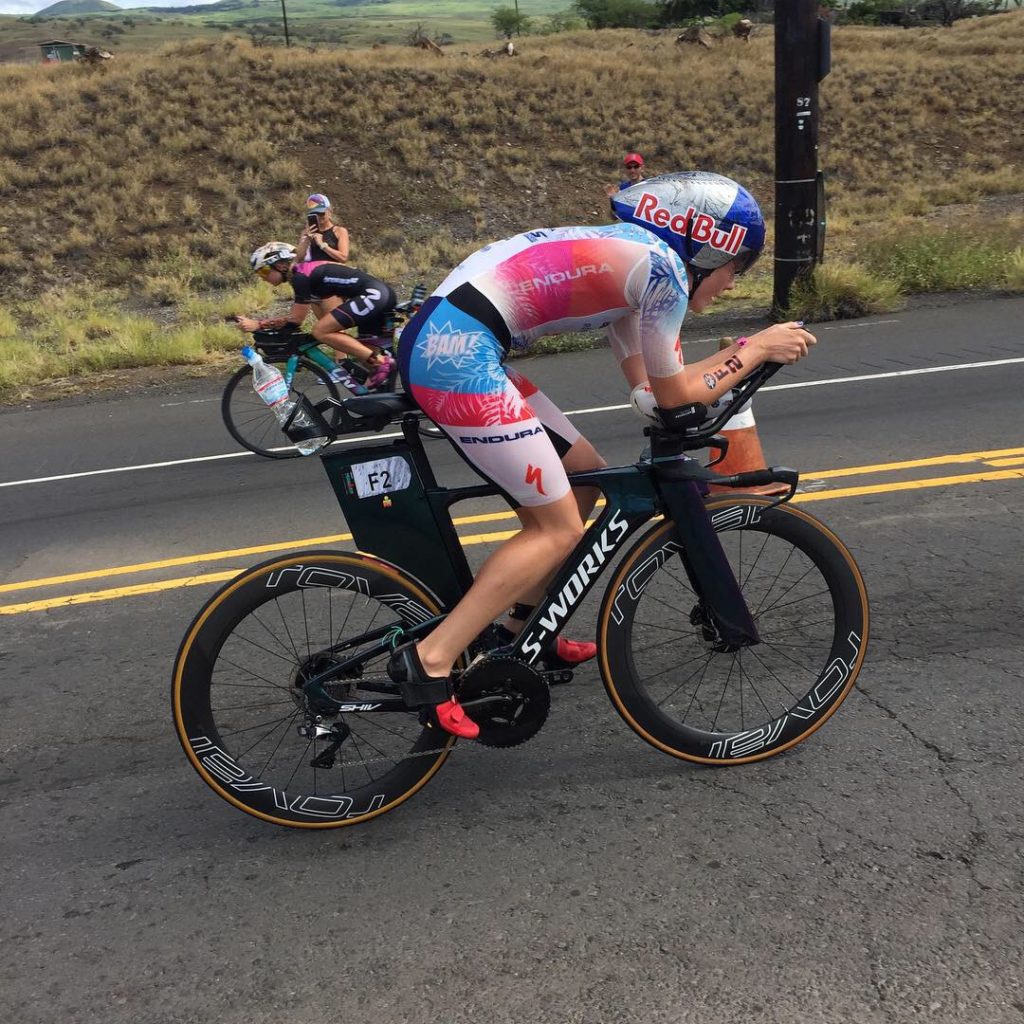 Lucy Charles in the lead. Photo by Nigel Gray 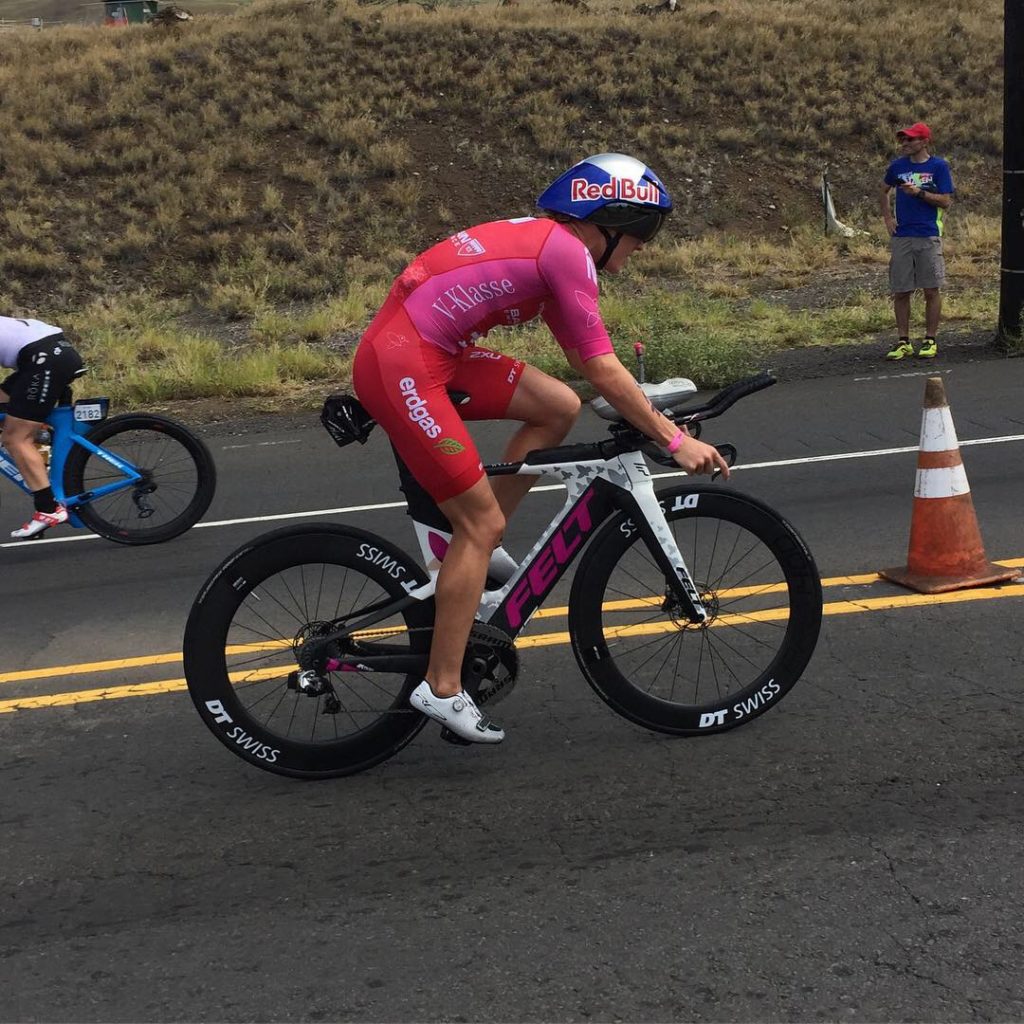 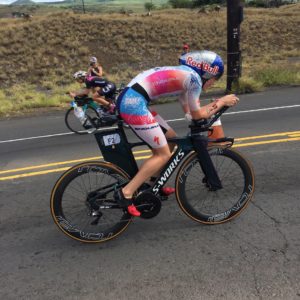 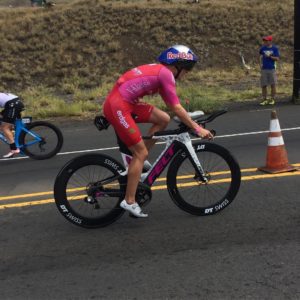 Ryf would exit T2 with a minute and a half lead over Charles, and the gap between the two would only increase. Despite the increasing lead, both women looked strong and were in a class of their own.

For much of the day, there was a very large chase pack of 20 women behind Ryf and Charles. The pack included names like Sarah True, Anne Haug, Mirinda Carfrae and Canadians, Angela Naeth and Rachel McBride.

Out of that group, Haug would be the one to jump onto the third step of the podium. True and Carfrae would finish fourth and fifth. The top Canadian woman was Naeth, who finished eighth.

Like the men’s race, all three podium finishers would finish under the previous course record.