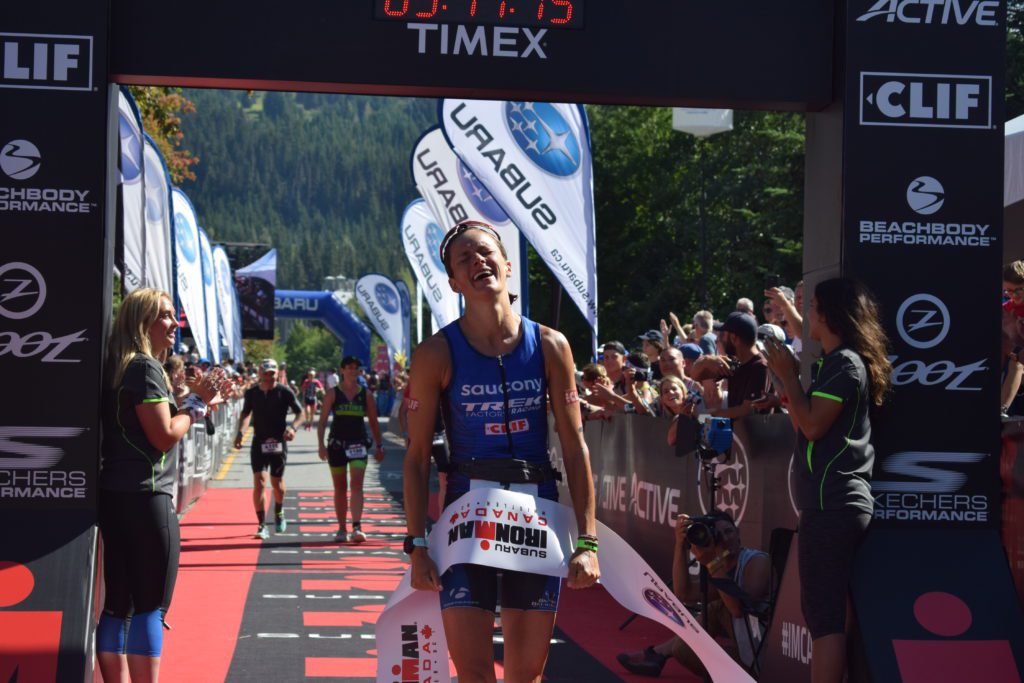 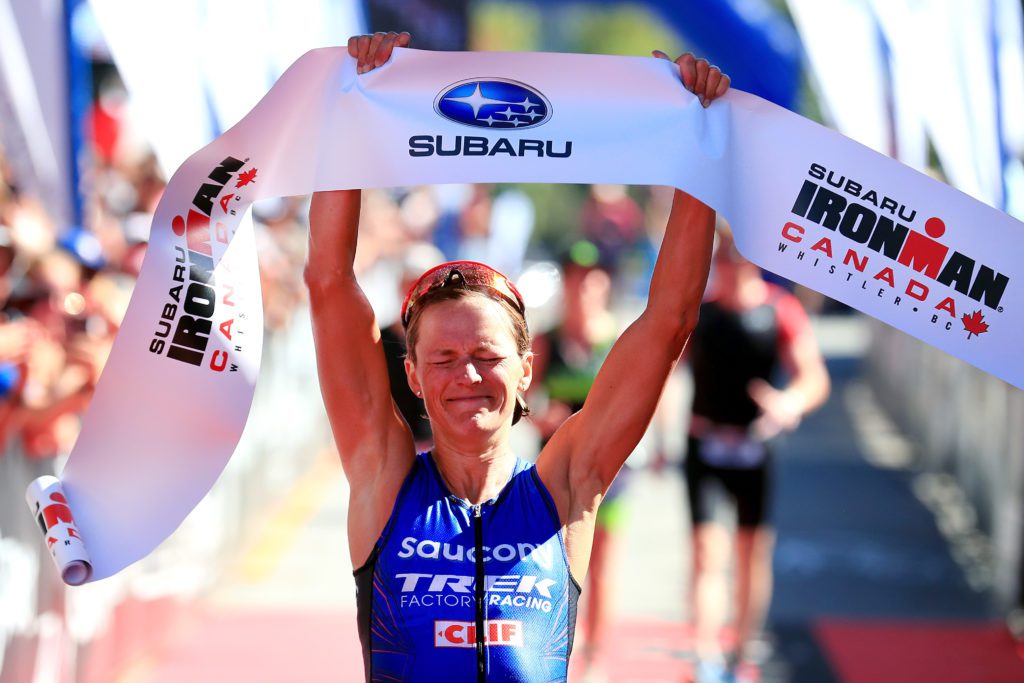 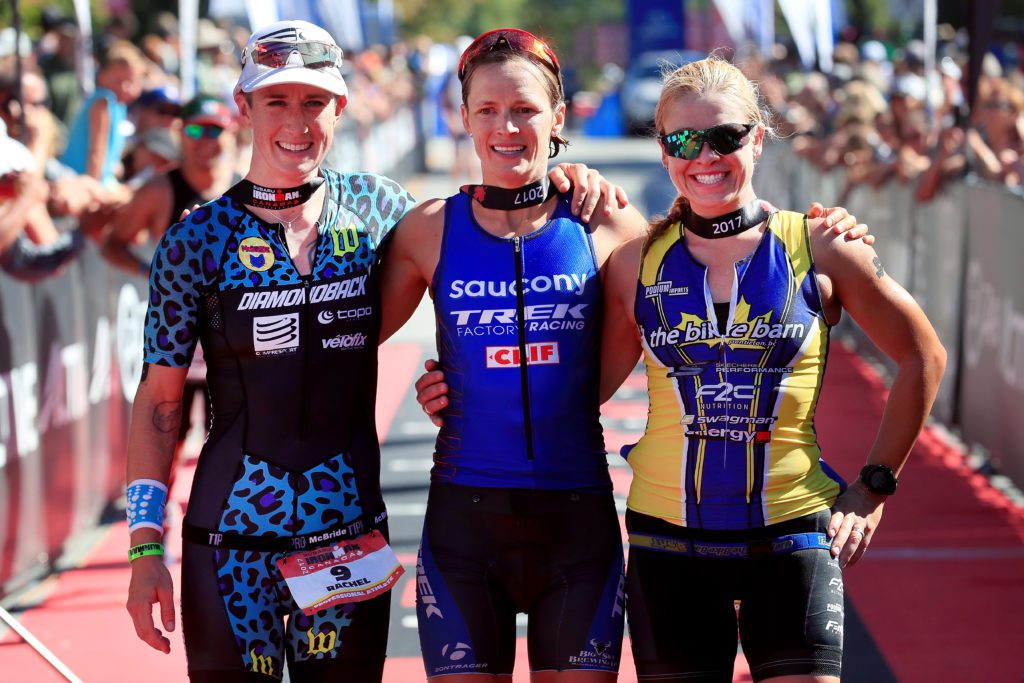 WHISTLER, BC - JULY 30: (L-R) Rachel McBride of Canada in third place, Linsey Corbin of the United States in first place and Jen Annett of Canada celebrate after finishing the Subaru Ironman Canada triathlon on July 30, 2017 in Whistler, Canada. (Photo by Tom Pennington/Getty Images for IRONMAN) 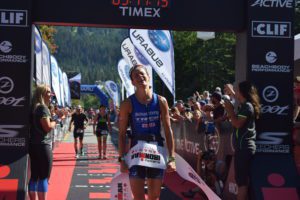 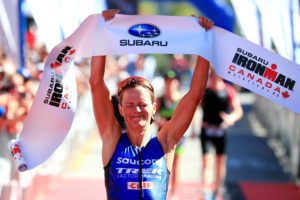 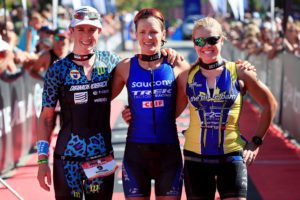 Linsey Corbin overcame a seven minute deficit coming off the bike to win this year’s Ironman Canada in Whistler, B.C.

Rachel McBride set the early pace. Her phenomenal 51 minute swim gave her a lead of about three minutes over Karen Thibodeau and Rachel Joyce heading out of T1.

Joyce won Ironman Boulder earlier this year and was one of the pre-race favourites. She came to Ironman Canada looking for a strong showing to seal a spot at Kona but it quickly became apparent this wasn’t going to be her day.

McBride used her bike strength to put time into the field and by the 120km mark on the ride, her lead was nearly ten minutes. By this stage, Linsey Corbin had moved through the pack into second with Jen Annett in third, another three minutes further back.

Corbin made her move with about 40km to go on the bike and managed to reduce the deficit to seven minutes coming out of T2.

McBride came into the race with a few injury problems earlier in the year and this began to show on the run. She held a steady pace, but it was soon apparent that both Corbin and Annett were eating into her lead. Corbin moved into first place 17km into the marathon and showed amazing strength to move steadily clear of McBride.

Annett also passed McBride but couldn’t make much of an impression on the Corbin’s lead.

Corbin crossed the finish line in 9:17:12 with Annett seven minutes behind. McBride held strong for third finishing in 9:27:15.

Corbin told TMC after the race, “My whole plan of coming and racing here was I wanted to race a hard course where I could just race my own race. I set out with a plan to build my effort throughout the day. I was getting splits on the bike and Rachel was just in a league of her own. I got to the last 28 [miles] and just hammered as best I could. I just started running within myself and the splits were coming down to Rachel. I realised it’s not everyday you get to win an Ironman and I didn’t want to waste the opportunity. It was a very challenging course, and it was so scenic. I’m really happy to win.”