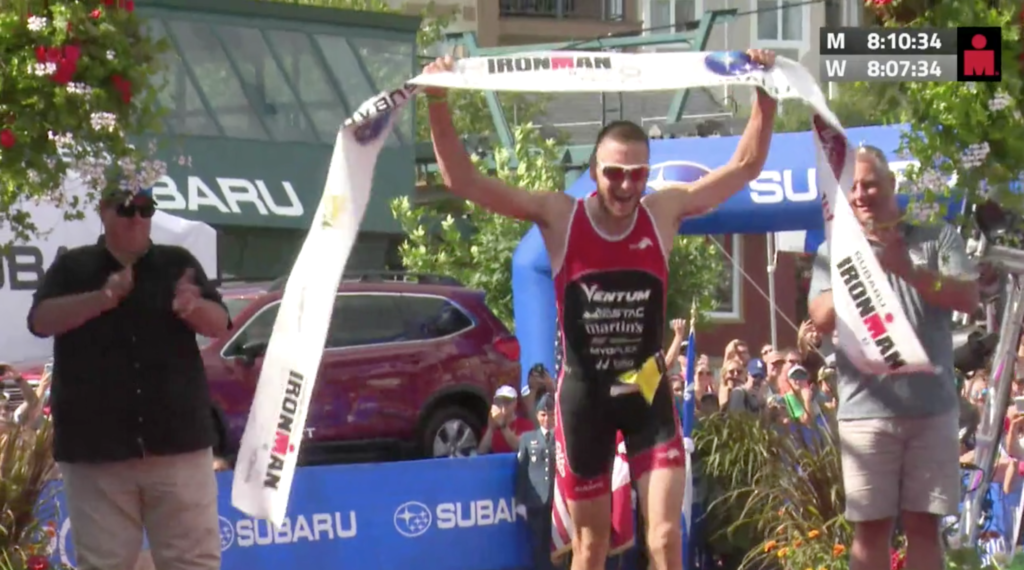 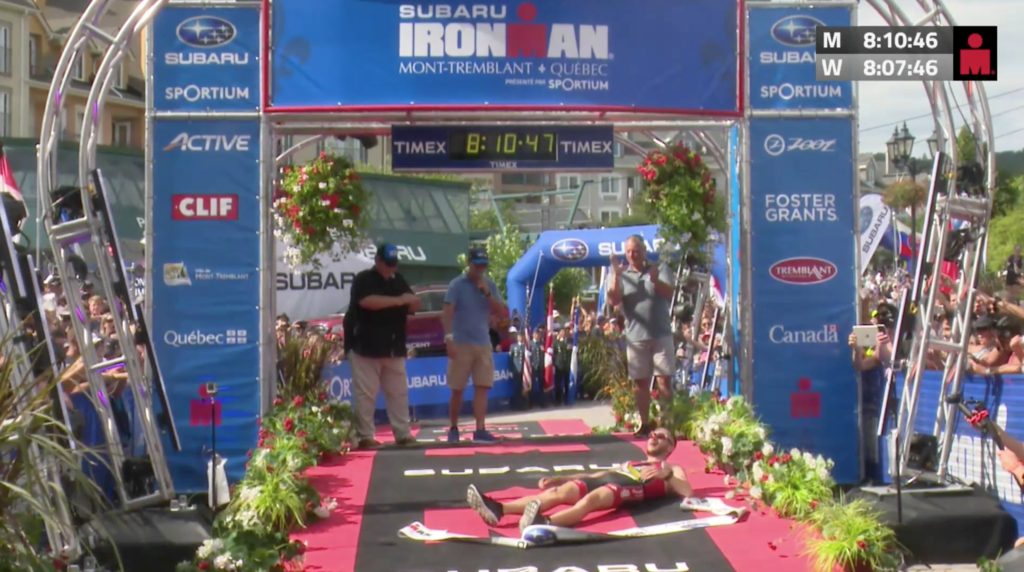 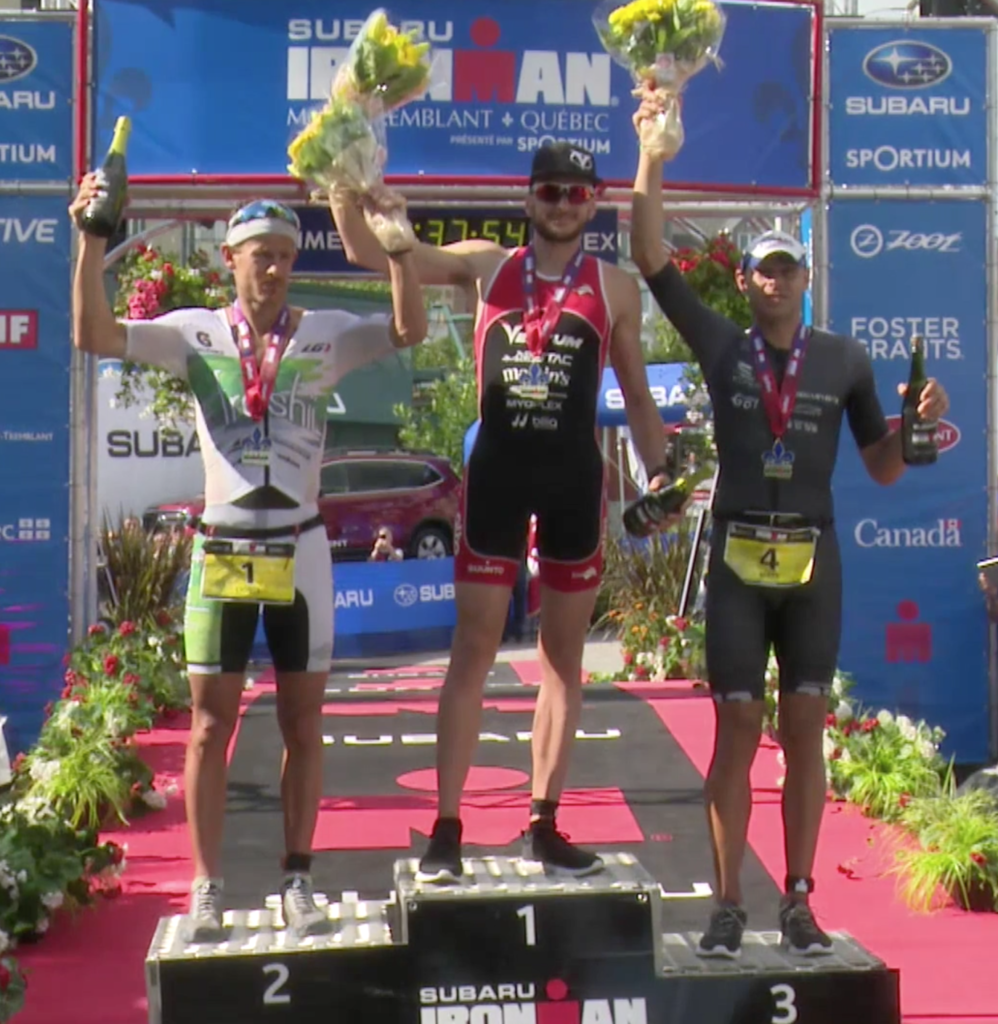 Three Canadians in the top four. 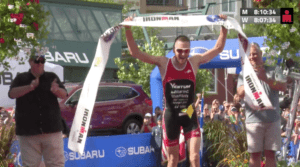 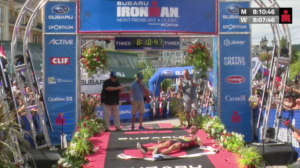 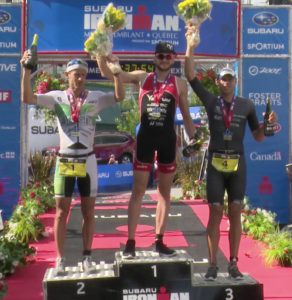 Canadian Cody Beals in his Ironman debut wins Mont-Tremblant. He didn’t just win, but also set a new bike and overall course record. He started the day coming out of the water second overall behind fellow Canadian Antoine Desroches. On the bike, he set a blistering pace putting pressure on Lionel Sanders and setting the course record. Then on the run he held his pace throughout and finished in 8:10 – breaking the previous course record of 8:16. He is also the first Canadian male to win IRONMAN Mont-Tremblant.

Sanders would finish 14 minutes back from Beals in second. Early in the bike, it looked as though Sanders would catch Beals, but it didn’t happen. On the run, he looked strong at the beginning but would falter halfway and finish in sub-8:24. “It was a tough day. To be honest, I knew at the beginning it wasn’t my day, but I’m inspired by Cody in his debut and Matt in his comeback,” said Sanders at the finish.

Matt Russell after a third-place finish at IRONMAN Canada four weeks ago, repeated in Tremblant with another podium and earned some points in the hopes of qualifying for Kona. Should he receive his Kona ticket for this year’s race – he will return to the place where a year ago he lay on the tarmac after colliding with a van on the bike.

Desroches, the local Canadian triathlete would finish his day in fourth. Last year, Desroches made his Ironman debut in Mont-Tremblant (result – DNF). On Sunday Desroches completed his first Ironman, coming out the water first and was in third until the 32.5K mark in the marathon. 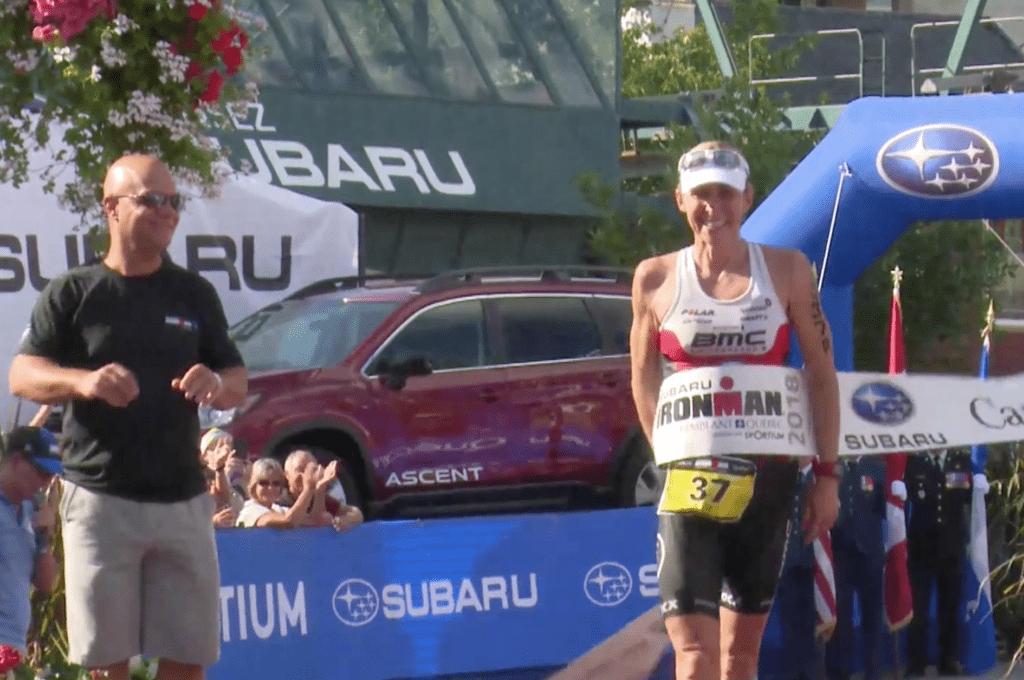 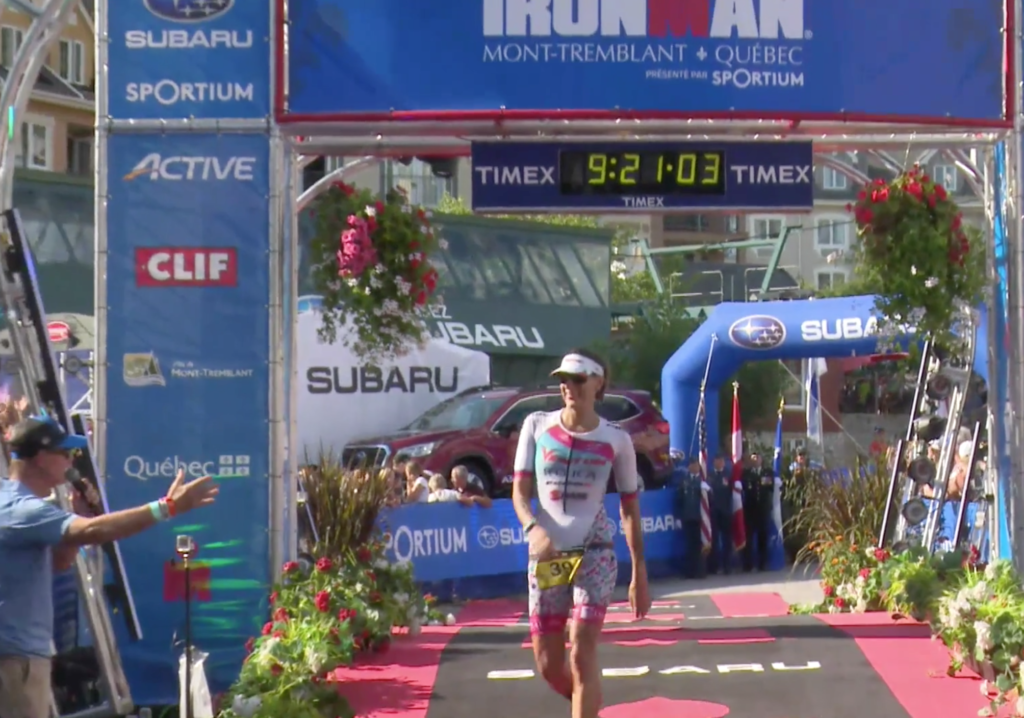 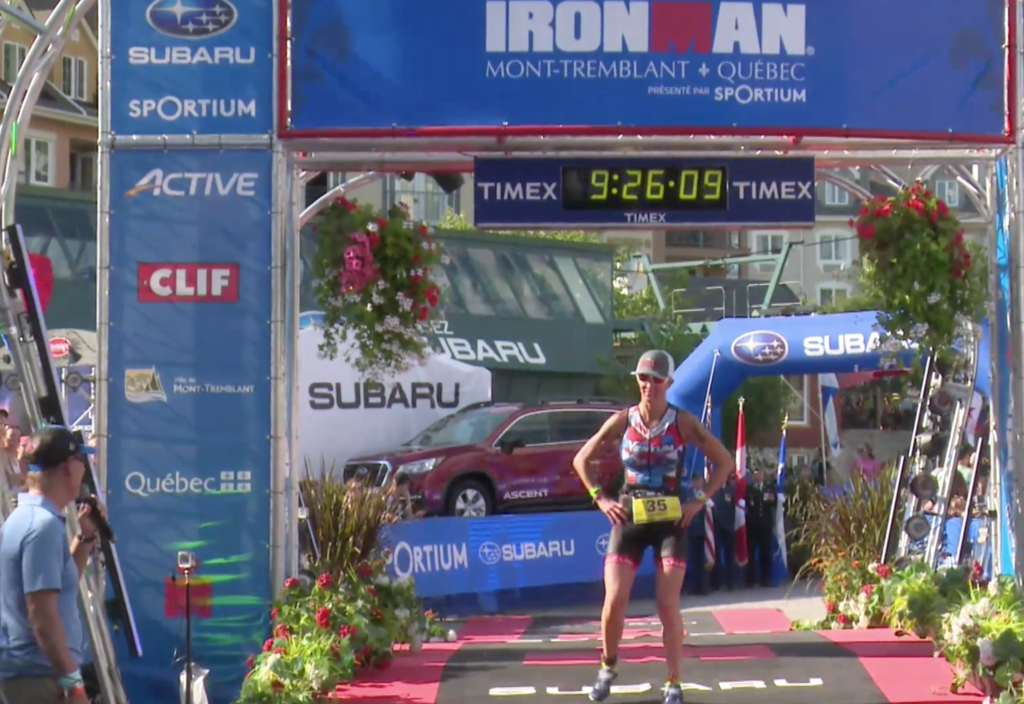 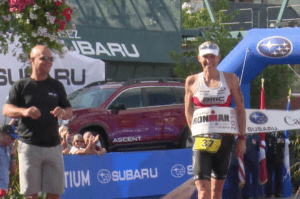 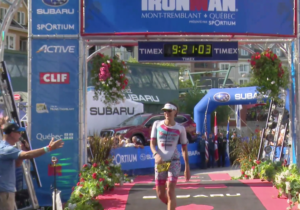 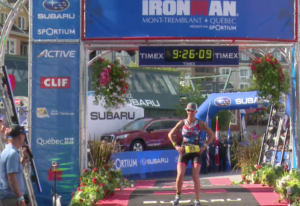 In the women’s race, Lauren Brandon set the pace throughout the swim and bike, before being passed 25K into the run by Meredith Kessler. It would then become a three women race in the closing 10K between Kessler, Brandon and Liz Blatchford. With 7K to go Blatchford would pass Kessler and Brandon to go to first. Brandon, known for her swim and bike split, crawled back in the final kilometres of the run and passed Kessler to move back into second.

In the end, Blatchford won her fifth Ironman and has earned enough points to qualify for Kona. “Incredibly sweet to win, I didn’t imagine winning. It felt like a dream when I took the lead with 7K to go. Something clicked and it just worked out for me,” said Blatchford at the finish. Brandon would run quite possible the race of her career thus far and finish a minute back in second. “I’ve had a few rough marathons in the Ironman, so I was just praying to keep it together and it happened,” said Brandon. Kessler finished third after running a 3:20 marathon. “Today was ridiculous… Some days you’re the nail, some days you’re the hammer… Today I was the nail,” said Kessler at the finish. All three women booked their ticket to Kona.