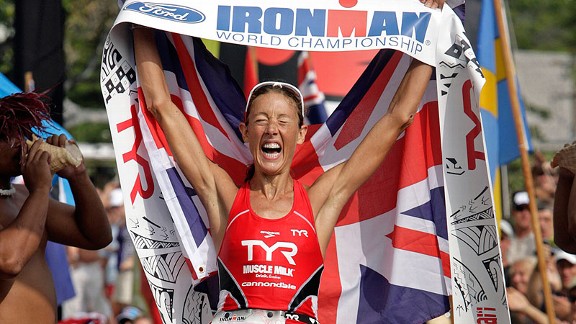 One of triathlon’s greatest athletes in the history of the sport announced her plans to run this year’s London Marathon. Four-time Ironman World Champion Chrissie Wellington tweeted the news on Tuesday, citing the iconic race as a source of inspiration for her career in endurance sport.

Excited to announce that I will be running @LondonMarathon this year! The place where my passion for endurance sport began, back in 2002!

Wellington, 39, was also the Kona course record holder until Mirinda Carfrae lowered it in 2013. She currently holds the Challenge Roth course record and overall full distance world record time. She has been retired from professional triathlon since 2012 and been involved in international development, specifically helping children in developing nations benefit from sport, since then.

How fast will Wellington run in London?

She replied to a tweet directed towards her after her announcement that she’s “keeping the goal realistic with a kid and job,” and she “just wants to enjoy the process and event, without smashing [herself].”

This is the second time in the past year that a notable professional triathlete has raced a marathon. Gwen Jorgensen raced the New York City Marathon last November, where she placed 14th in a time of 2:41:01.