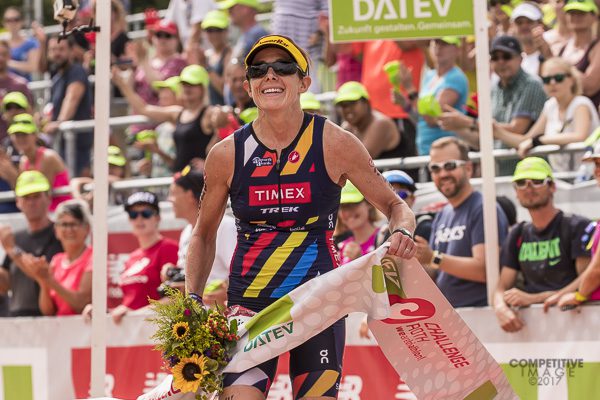 According to a press release published by USASA on Friday evening, American pro triathlete Lisa Roberts has accepted a public warning for an anti-doping rule violation:

“Roberts, 38, declared the use of an inhaler called Breo Ellipta, which contains the prohibited substance vilanterol trifernate, during a doping control session at the Challenge Roth in Roth, Germany on July 9, 2017. Roberts also tested positive for the prohibited substance she declared after providing the in-competition urine sample. Vilanterol is a Specified Substance in the category of Beta-2 Agonists and prohibited at all times under the USADA Protocol for Olympic and Paralympic Movement Testing, the United States Olympic Committee National Anti-Doping Policies, the Deutsche Triathlon Union Anti-Doping Code, and the International Triathlon Union Anti-Doping Rules, all of which have adopted the World Anti-Doping Code and the World Anti-Doping Agency Prohibited List.

After a thorough review of the case, including the examination of medical records provided by the athlete, USADA determined that Robert’s positive test was caused by the prescribed inhaler she declared and was using in a therapeutic dose under the care of a physician. Although the substance was taken at the direction of a physician, the World Anti-Doping Code requires athletes to obtain a Therapeutic Use Exemption (TUE) before using a prohibited substance and USADA has issued specific guidance on asthma inhalers. Roberts has since obtained a TUE for use of the inhaler.

In addition to a public warning, Roberts has been disqualified from all competitive results obtained at Challenge Roth, including forfeiture of any medals, points and prizes.”

Roberts, who is coached by Brett Sutton, recently set the bike, run and overall course record at Ironman Louisville, which she won on October 15. At Challenge Roth, she went under the nine-hour mark for a finishing time of 8:57:14. She is set to race Ironman Cozumel on November 25.