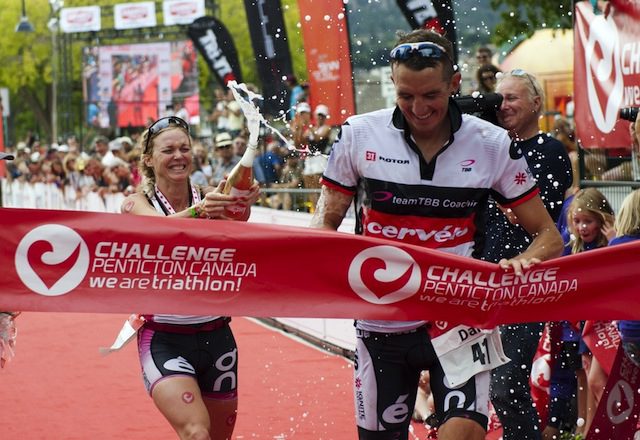 Penticton will be a hopping spot on the triathlon front this summer. In August the city will host the first ITU Multisport World Championship Festival, which will include six world championship races. It is the first time the ITU is convening a world championship festival and more than 4,000 athletes are expected to take part.

Before that, though, on July 23 the picturesque city on Okanagan Lake will host Challenge Penticton. The event will host standard- and half-distance races, along with relays and Aquabike races over both distances, too.

“Due to the number of events in Penticton this summer, we’re capping the event at 500,” says race director Michael Brown. “We’re nearing capacity, so if you’re interested you should sign up soon.”

You can get more information and register here.

In addition to the races on the weekend, Jasper Blake and Jeff Symonds will be putting on a B78 training camp that culminates with the race. It’s a great opportunity to get to Penticton and preview the world championship courses athletes will be racing on in August. Registration for the camp is $499 and includes entry into the standard-distance race, fully supported rides and lunch.

You can get more information and register for the camp here.