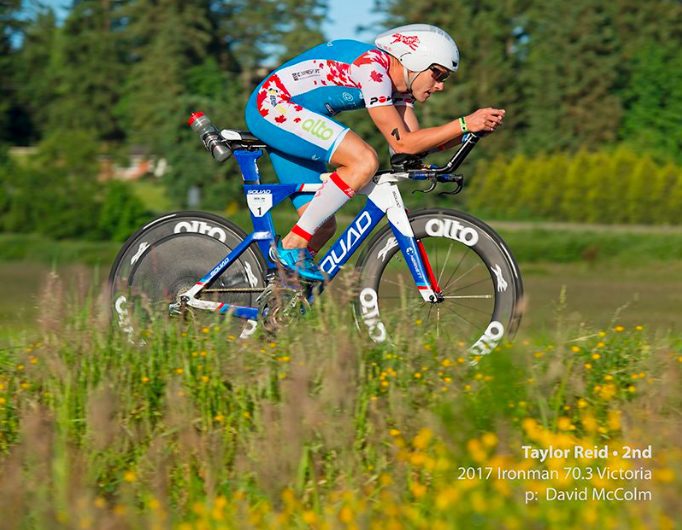 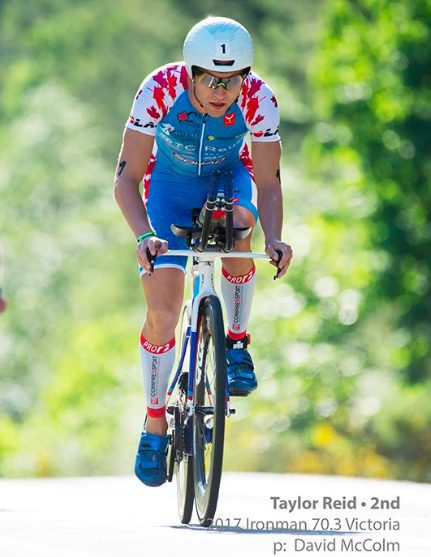 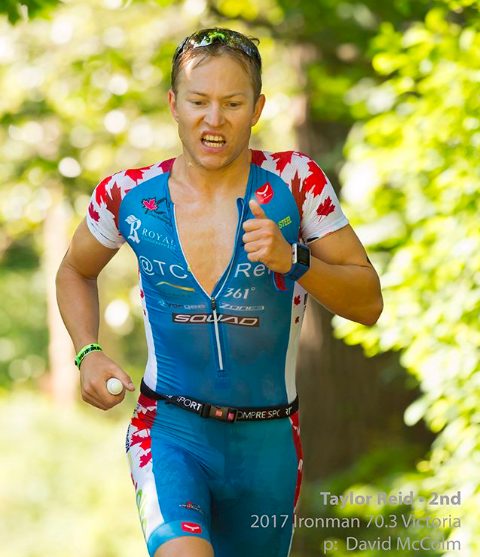 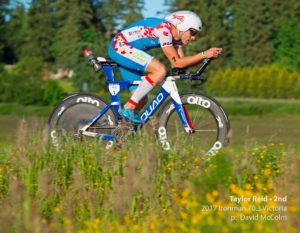 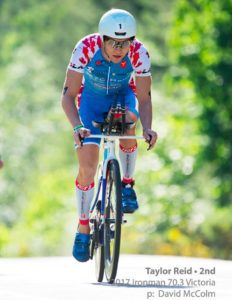 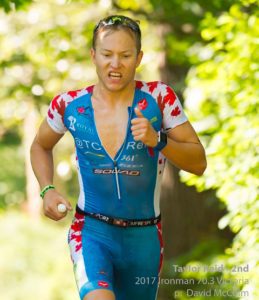 What is it about Victoria that draws you to the race each year?

It is the first pro race of the year on Canadian soil and I love racing at home. There is just so much support for Canadians and let’s be honest, Victoria is out-of-this world beautiful. It is the Canadian jungle. So long as there is a pro field in Victoria 70.3 I will do everything I can to race it.

How did your race play out?

The swim went well, the groups got blown up so I swam solo for most of it. I was able to swim with Ben Collins for the first half but lost his feet and then swam solo until right at the end I caught Justin Matzler. This put me in fifth place out of the water.

The bike felt strong and I felt like I was really in the race. But I needed to make up some ground. I caught Ben Collins at about 40km then Newzealnder Graham at about 75km. We had a little group of three from for the last 15km and I just stayed in second or first in that line of men. Marko Albert just kept getting time on me after his lead on the swim.

I came off the bike with about 4:20 down from Albert. I was very motivated and focused to try and catch him. But I wanted to play it smart and not blow up. I went out strong but relaxed for the first 10km then cranked it up for the last half. At the half way point I think I had brought the gap down to about 2:30 but with only 3km to go Albert still had 1:57 on me. I was really hurting then and kept pushing till the last 100m when I backed of to the line.

Is racing on Canadian turf a different experience from other races?

I love racing at home. You just enderstand everything better — the people and culture. Sponsors love it and the spectators know your name. It is so cool.

What improvements have you been working on this year from last year? So far you have had some very strong results in 2017.

We are just building on last year’s work. Still swim/bike focused I guess but I want to be the best triathlete — that is what matter at the end of the day, when putting it all together.

You’re part of the Squad team this year and have a brand new bike. Tell us about it and your experience with the company.

It is great to work with a Canadian company. Squad is based out of Montreal and they have some very high-end products. I reached out to them last year and both Patrice Lemieux and I are dyslexic so we instantly had a connection. I am very happy with how the bike rides and the over-all design. The most exciting part is the fully-customizable paint scheme. Squad works with you to get exactly what you want. If you want flames, wolves, sharks, on you bike you can have it.

What other races will we see you at this year?

Next up is Ironman 70.3 Mt. Tremblant then a small race in Vitoria, Spain. The big focus this year is 70.3 worlds.