TMC contributor Luke Yates caught up with Brent McMahon after his eighth place finish at Ironman 70.3 Philippines – Asia-Pacific Championships to discuss what’s next for the Canadian long course star. 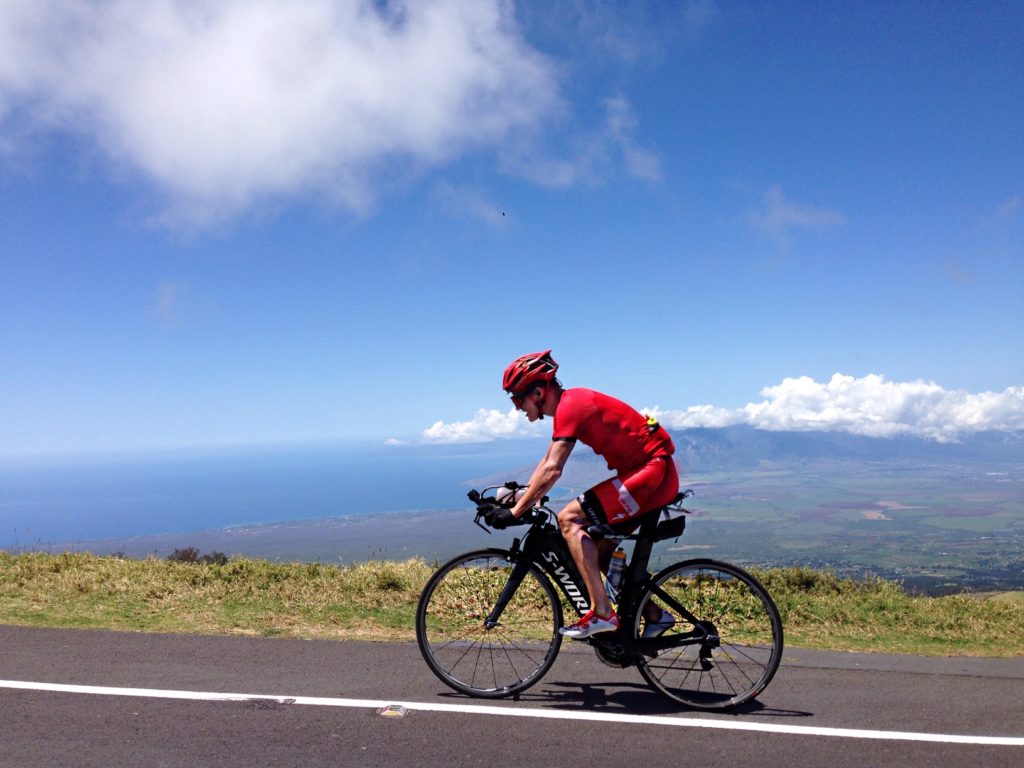 TMC: How was your race last weekend in the Philippines?

BM: Ironman 70.3 Philippines  is one of my favourite races to go to, so I always plan to have it in my schedule. This was my fourth year there. I was looking forward to going back and the last two years it was my my first race coming off of a break after doing full distance stuff. I got do a training camp in Maui to do some heat, and then head over there. It’s a fair bit of travel, but it’s just such a great race experience.

I went over coming off a fairly solid block in Maui and felt pretty good going in, but your first race back, you never know how it’s going to go. I had a good swim, felt pretty good on the bike, not super strong, but I was able to ride well and try to break away a couple of times. Being a championship race, all the guys were there and willing to chase that down. I came in with a group of guys and then I got off onto the run. Towards the end of the bike my stomach wasn’t feeling awesome. Once I got onto the run I started to cramp up and I struggled through at least five or ten kilometres, stopping at aid stations trying to stretch and get my stomach to settle down. Then at the turn around at halfway, I was thinking about DNFing. I’ve raced that race every year and I’ve never DNFed no matter how bad I’ve felt. I’ve had some rough races there and it’s come around. I decided, ‘Ok, keep going and see what happens.’ I just kept plugging along and the last few kilometres my stomach settled a little bit and I picked up a few spots. I made my way to the end and I was happy to get the work done and get the miles in my legs. I ended up getting really sick after the race, so was obviously pushing through something.

I had a long flight home, but with a race organiser that takes such good care of the pros you always want to put an effort out there and finish. I’m happy to put that one behind me and focus on what’s ahead.

What is it that sends you down the the Philippines each year?

Fred (the race organizer) does a really good job of bringing the athletes in. He flies us over there, puts us up in a great hotel right at the race site. The race is run off the beach at the Shangri La (Hotel) and there’s pre-race meals and pre-race parties. Both for the pros, and the age-groupers, it’s just the best race in the world that I’ve ever gone to, even World Championships.

It’s so well-run and such a great venue. All the little things an athlete might think of, he takes care of. Any age-grouper that ever asks, ‘What’s your best destination race?’, the Cebu race is hands down (the best). It’s so awesome.

What are your plans for the next few months?

I’m just back home for a little bit, just over a couple of weeks, to do some training and see all of my therapists here and get my body sorted out. Then I head down to Mooloolaba (in Australia) for the Ironman 70.3 World Championships. From there I go directly back to Maui where I’ll do my final training camp for Kona. 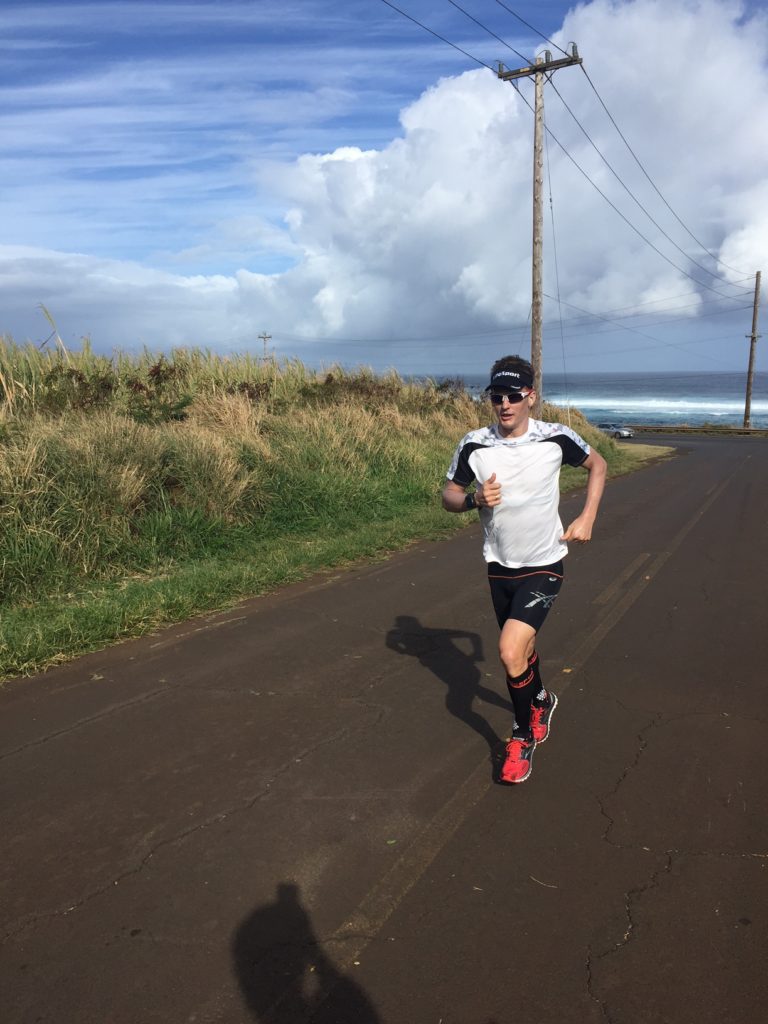 What are your aspirations for the 70.3 World Championships?

I’ve been focusing on getting really strong at the Ironman distance the last couple of years, so this year, at the beginning of the year, we actually went back and did some speed work and got on the track. We tried to get some leg speed going because it’s been a while since I did some really hard fast running, basically since the Olympics. Obviously that worked really well for (Ironman) Brazil. Ironman 7o.3 worlds is the same idea. We’re going to take some speed work into that race and try to hit the podium, then we’ll pull on some mileage and some endurance training to get ready for Kona.

How are you feeling about Kona and what are your aims for that race?

I feel the same as I did last year. I felt really strong and confident going in last year and I felt that if everything went well, then I could have a shot at winning or hitting the podium. Same thing this year. I have all the skills that are needed to win the race. It’s a matter of putting 100% of my ability out on the course. Last year I didn’t nail my nutrition and had sickness just before the race. I know how to nail my nutrition now. You do everything you can to stay healthy so that’s the goal this year.

Looking ahead to Kona, who do think are going to be the people to watch this year, other than yourself?

Jan (Frodeno) of course. He just had a really fast Ironman so he’s on form. He’s just going to be looking at carrying that fitness through to Kona. I know where he’s at and he knows where I’m at. And I think Sebi Kienle, he always comes prepared for that race. He’s a guy that always brings a different dynamic. He didn’t show what he’s got last year but this year he’ll be back to his usual.

I think Lionel (Sanders) has shown that he’s hard to beat. He’s going to be coming from behind out of the water but he’s been riding and running so well. You can’t really count him out no matter what. I’ll be keeping my eye on him.

With everything going on in Rio with the Olympics, do you wish that you were a part of that?

I love what I’m doing right now. I was super happy to retire after London. I put my time in and did what I wanted to do. I loved that racing and I still love that racing. It would be awesome to be in Rio and getting excited and getting ready to race the Olympics. It’s just so fun and so exhilarating. It’s a different type of race. But I don’t miss it. It’s fun to be watching it as well, knowing what our national team is going through. I’m on the board of directors for Triathlon Canada so I have been involved in the last four years with what’s going on and in the build-up so I still feel I’m a part of it, just from a different perspective.

After that incredible effort at Ironman Brazil and then with the world record time Jan Frodeno set just a couple of weeks ago, would you like to challenge that record in the future?

Yeah. As soon as I did my second sub-eight hour in Brazil last year, I started think about going after that world record. Then after going close to eight hours again in Arizona and 7:46 in Brazil, I definitely want to go and have a shot at it. It’s on my list of things to do in my long distance career, to go over and have a crack at the world record. I also want to go after the most sub-eight hour times by any athlete, so there are a few things I want to achieve and I’ve got a few years left to do it. We’ll most likely see Roth (the Challenge event in Germany where the world record was set) in my race schedule in the next few years.

Does it have to be Roth to challenge it?

I think so. That’s where the record’s been set and there’s obviously reasons why it’s set there. It’s almost impossible to do it anywhere else. It’s a speed-friendly course. The only way to beat it is on that same course.

Are there any destination races left that you really want to take a look at?

I get to go to one this year. I’m doing the Island House Triathlon in the Bahamas. I’m looking forward to heading down there to a new destination for me, so that’s going to be a fun one. I still want to get back to Europe to race. I did that quite a lot when I was on the ITU circuit but haven’t been back there since. Everybody says Roth is a must do race and time aside, just doing the event and experiencing the crowd would be fantastic. And doing something like Austria or Frankfurt would be amazing because racing in those crowds for an Ironman would be unbelievable.