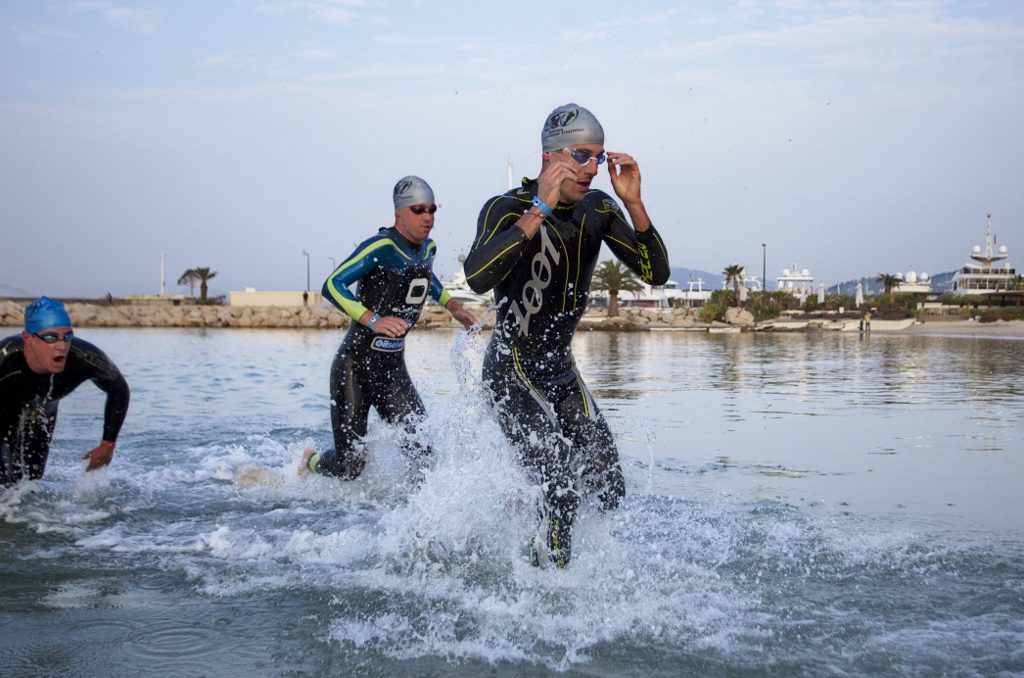 If you’ve ever wanted to combine a dream vacation with a destination race, the Cannes International Triathlon is for you. Swim in the deep azure of the Mediterranean Sea, ride through the Maritime Alps where challenging climbs are rewarded by safe, but technical descents and energizing views. You’ll feel like you’re riding in the Tour de France. The flat fast run course takes athletes through the famed hotel-lined promenade La Croisette and alongside luxurious yachts in the harbour. 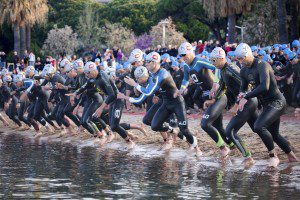 With a race date of April 19, the 2015 event takes place during the best time for visiting the area, just prior to the festival season of May and outside of high season of July and August. The Cannes International Triathlon offers two innovative race formats for 2015: the medium distance consists of a 1 km swim, 40 km bike and 8 km run, while the long distance race includes a 2 km swim, 80 km bike and 16 km run. There is also a competitive stand alone 10km run during the weekend.

Last year Ironman World Champion Frederik Van Lierde competed and lent the race prestige and depth. This year 50 spots are up for grabs for the prestigious lottery-based Escape from Alcatraz.

The Cannes event is special for more reasons than the exquisite locale, however. Race director Manuela Garelli took over the race from the TriStar series, which folded in early 2014. Garelli’s grace and elegance were visible throughout the inaugural race last April, promising it will soon become among the best events worldwide. Together with race sponsor Polar, the organizers spared no expense and were athlete-oriented throughout the weekend, from the numerous and attentive volunteers to the stilt-walking performers and the delectable post-race spread – brimming with local cheeses, fresh fruit and French pastries.

Garelli is a hostesse extraordinaire who is attentive and knows how to throw a party. “The devil hides in the details,” says Garelli. “I’m a perfectionist, but the success of the race is due mostly to an experieced and dynamic team, hundreds of volunteers and a great municipal department,” she adds. 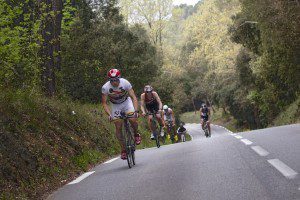 A triathlete herself, Garelli has raced all over the world and seen from a participant’s perspective what makes great races work. “I like the strictness and discipline of Austrian and German races, where I feel very secure, and I admire how many volunteers show up each time. Then, in the U.S., what is incredible is that each time you cross the finish line, you feel like you just won the race – like you’re the hero of the day.” Garelli has used these elements in her own race.

She sees Cannes, the home of many festivals, as consistent with the energy of triathlon: “Cannes is not only a great cultural city, but also a very sports oriented one, boasting a marathon, a successful women’s volley team,” and, of course, numerous cyclists. Garelli is dedicated to growing the sport of triathlon. She believes that like Cannes itself, “Triathlon can be both accessible and glamorous with athletes coming from all over the world and who can appreciate the elegance of beautiful things … I’m working on showing the symbiosis of these two universes [sport and fashion/glamour].” Fittingly, one of Canada’s most glamorous competitors, pro triathlete and model, Jenny Fletcher, is a race ambassador. 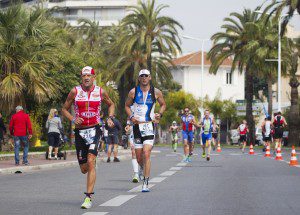 With so much to offer it’s hard to choose what to do first. Check out the haute couture shopping between Rue d’Antibes and La Croisette where the biggest names in fashion reign. Visit one of the many art galleries and museums including the nearby Renoir Museum, or drive to Monte Carlo to play a few rounds at the Casino or visit the neighbouring town of Grasse, the capital of perfume production. Take a short ferry ride to one of the Lerins islands for lunch where you can explore the remnants of 12th century churches and stroll along seaside footpaths.

Be sure to enjoy a signature plate of fruit de mer or fresh fish at one of the many quaint restaurants in the old harbour. There are a number of free public beaches including Plages du Midi and de la Boca and many of the hotels have their own private ones. Get a head start on next season with this early season race and take a trip you won’t soon forget.