By now, four of the five triathletes are in Rio and getting ready for their respective races on Thursday and Saturday.

Here are some shots from the day and some quotes from the athletes. 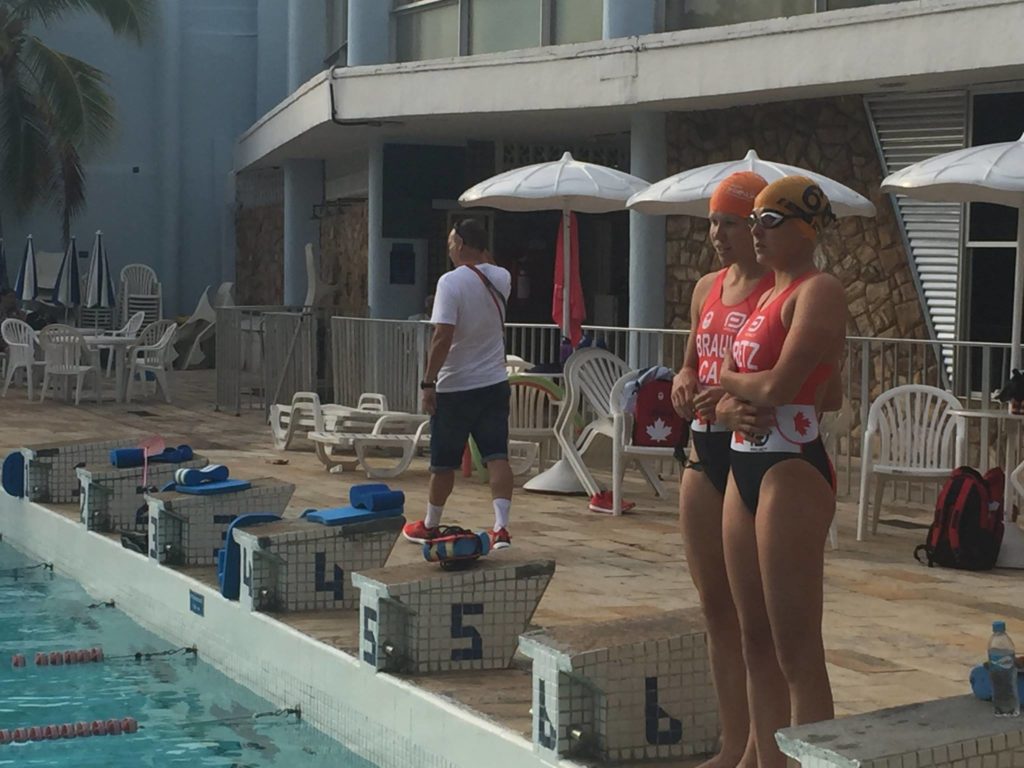 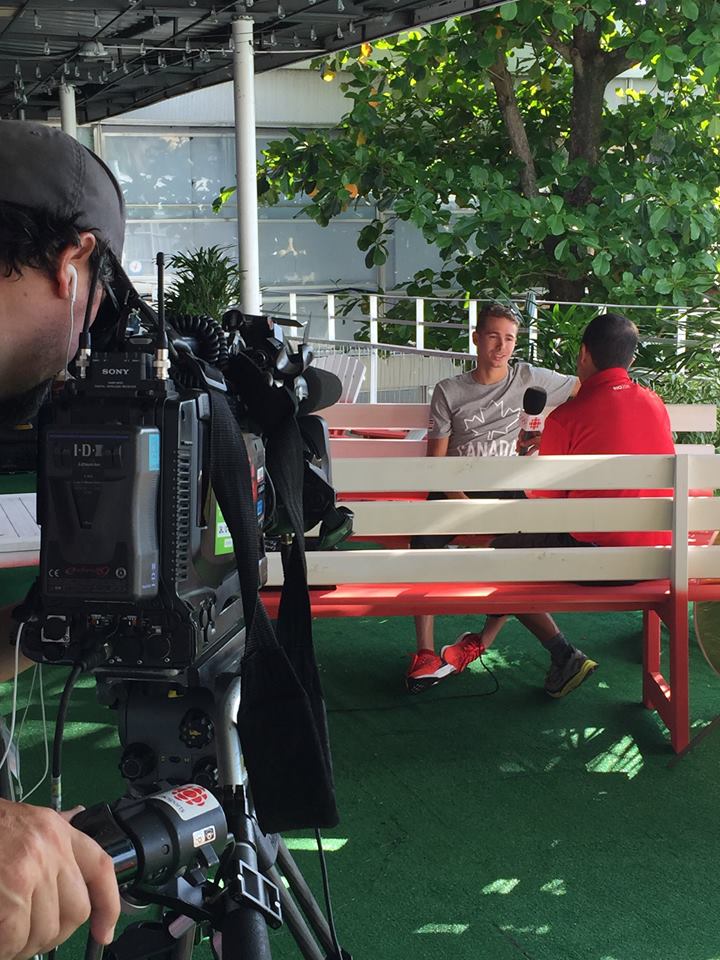 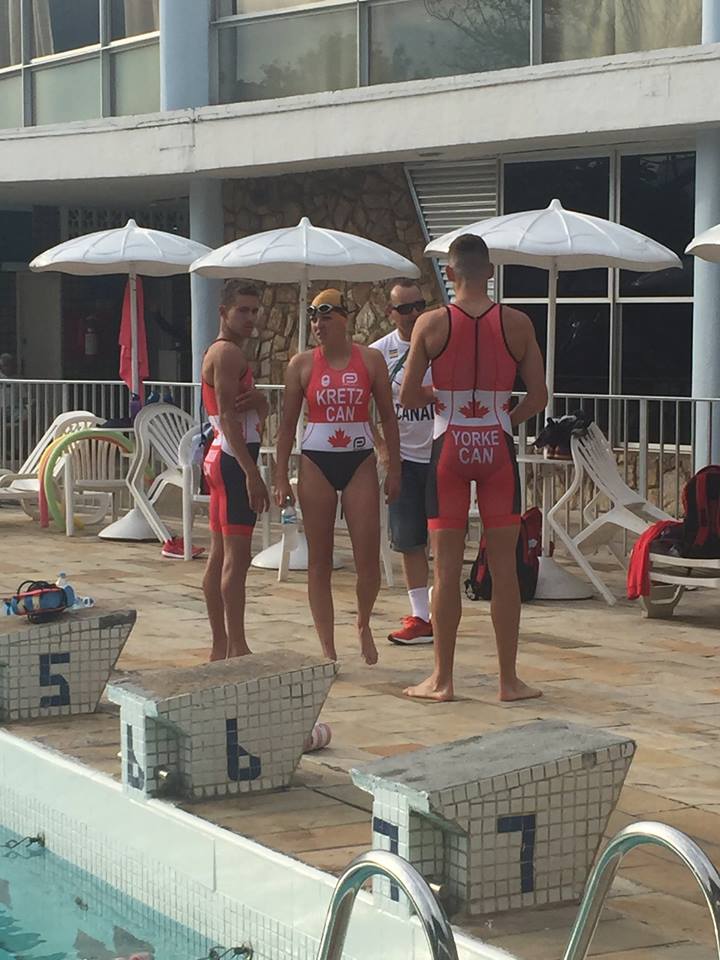 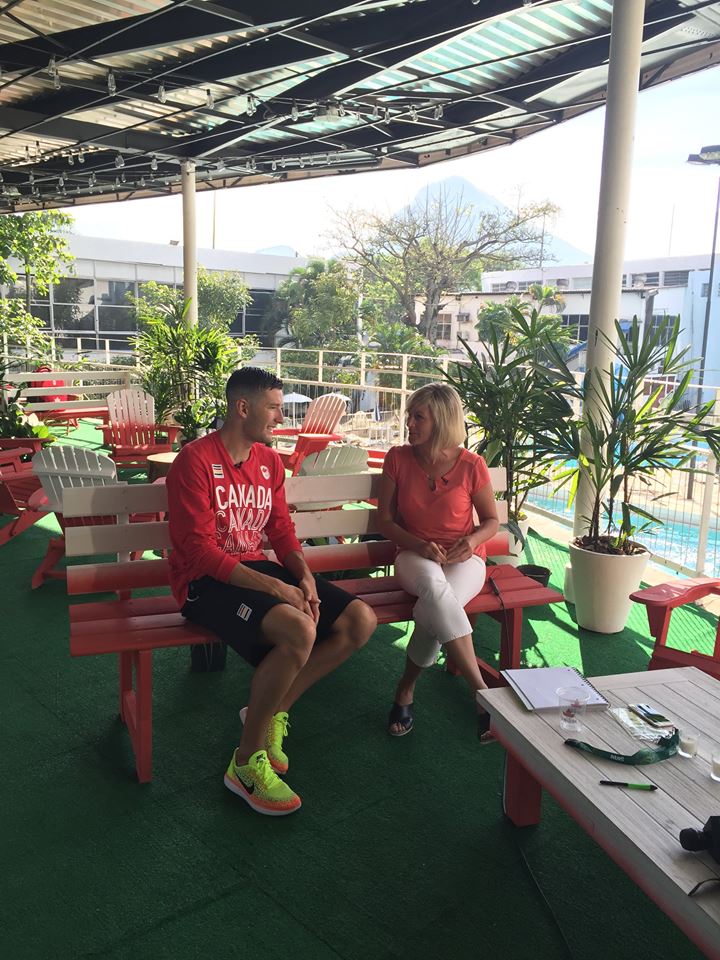 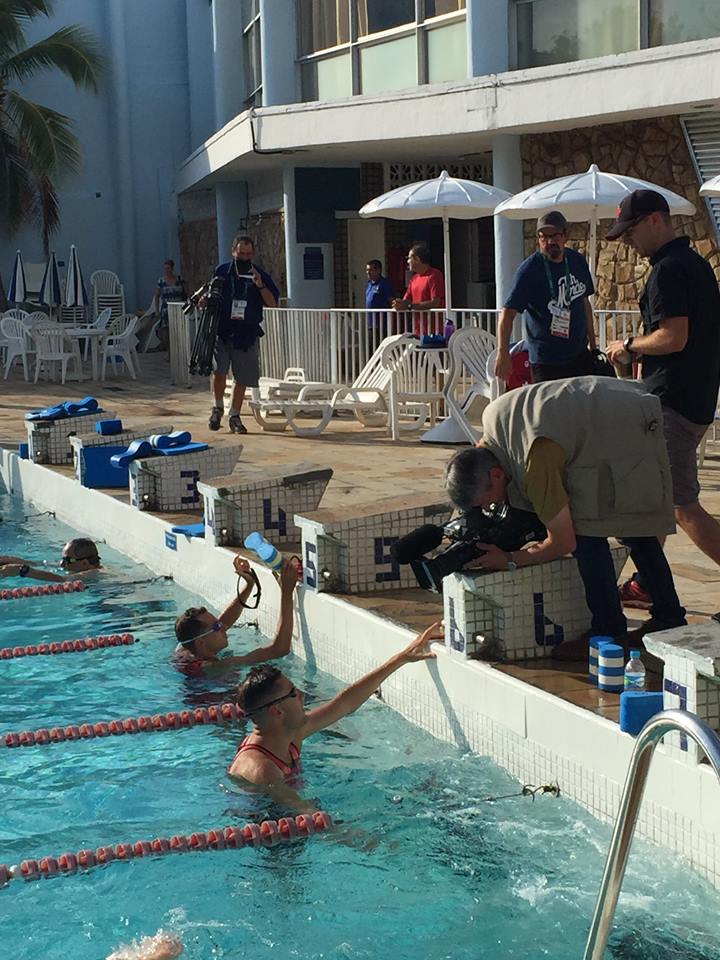 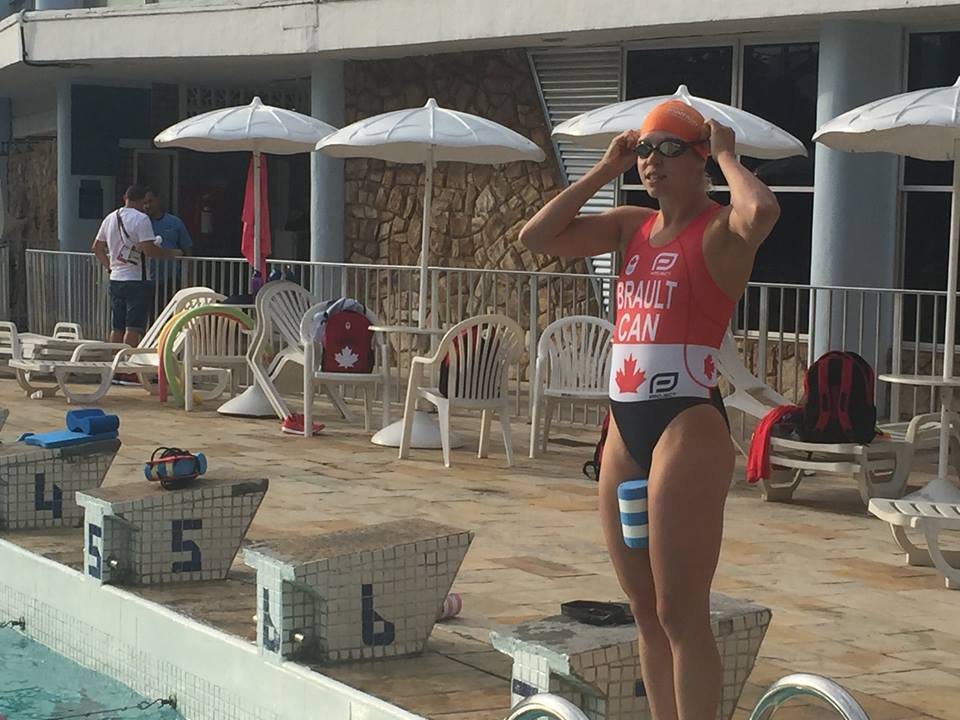 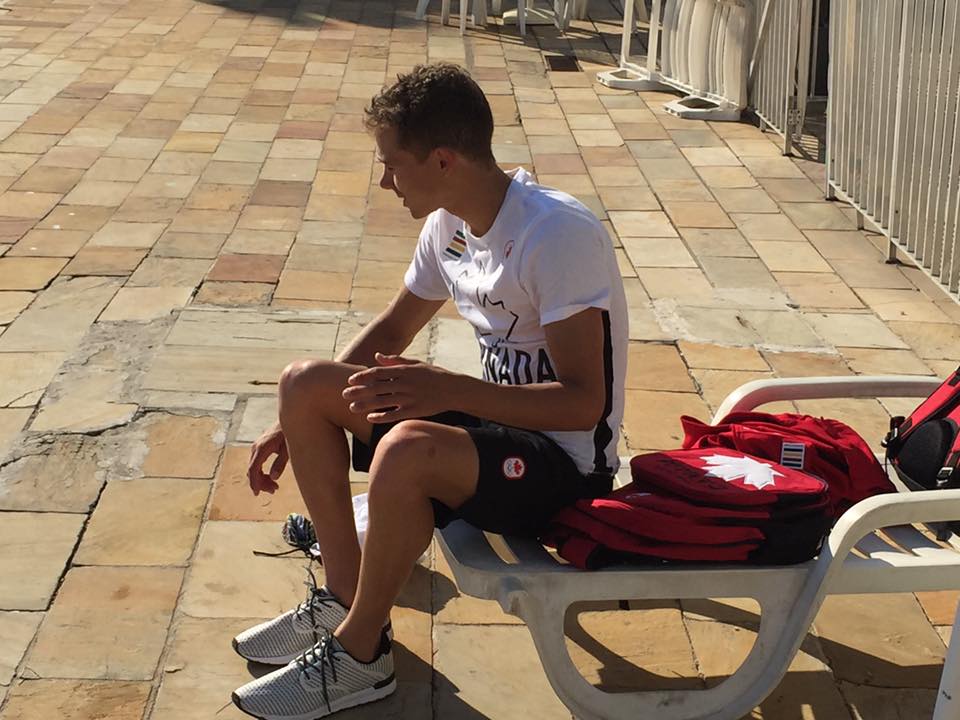 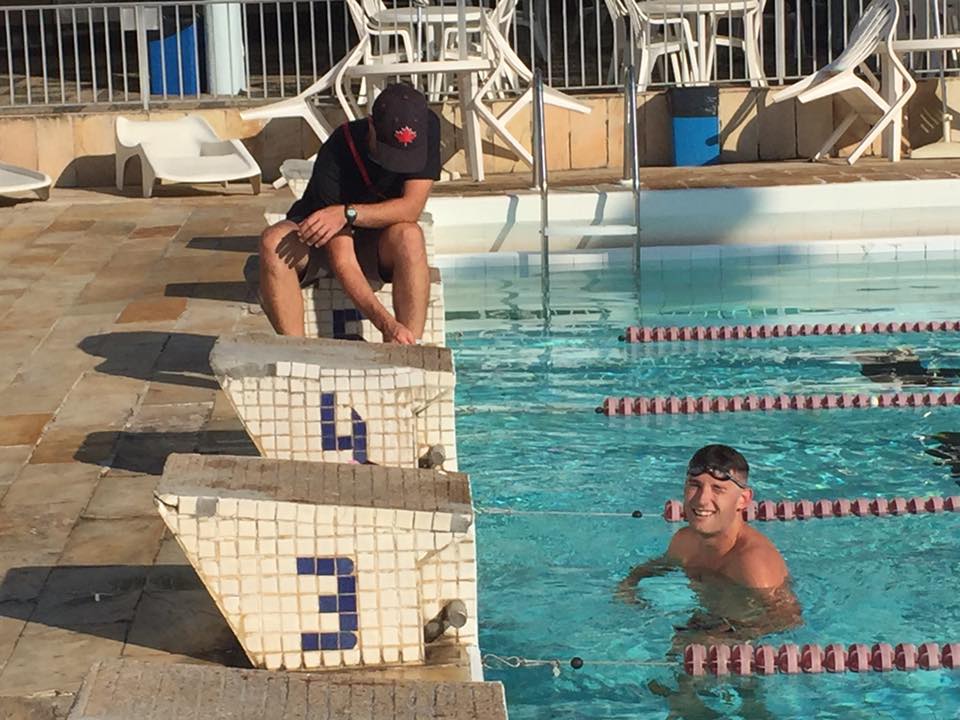 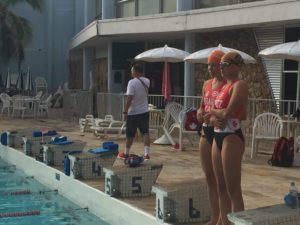 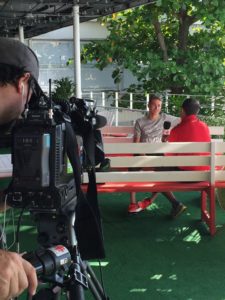 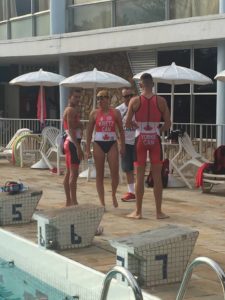 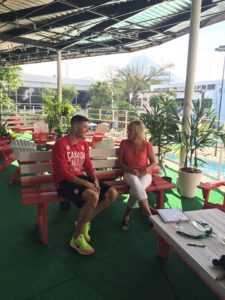 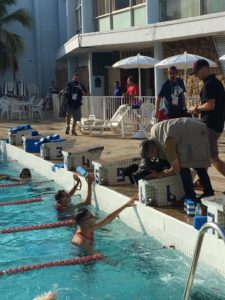 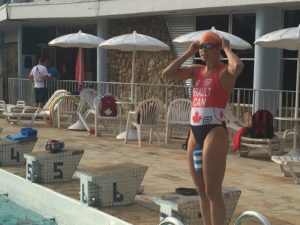 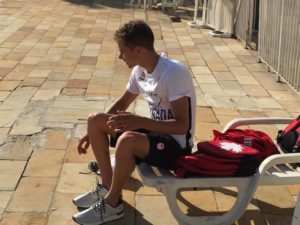 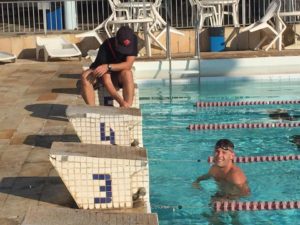 “The performances of the younger Canadian athletes here in Rio has been very inspirational. It excites me and I’m excited to show off what I have to offer!”
“It’s an honour to be compared to Simon Whitfield. I followed his career and watched his medal performance in Beijing and that is a big source of inspiration for me.”

“It’s important to be intelligent in making race decisions. The bike course is very challenging. Whatever you do in the first two thirds of the race will determine your fate.”

“It was a tough road to rio for sure but I am here and it’s hard to believe.
“I have been travelling the world circuit very intensely this year. My parents are flying into Rio today. I haven’t seen them since January so that’s exciting. My brother is here as well.
Referring pre-race strategy: “My coach’s fav saying is ‘Go fast without hurting’. We are trying to stay grounded with all the noise around us.”