What province is the fittest in Canada? A bunch of factors come into play when determining the title of Canada’s fittest. This is a very tricky award to give out and has a bunch of external influences. For example the environment, location, infrastructure, population demographics, etc. However, we will use the 2014 Statistics Canada report on obesity ratings across Canada to crown ‘Canada’s Fittest Province.’ 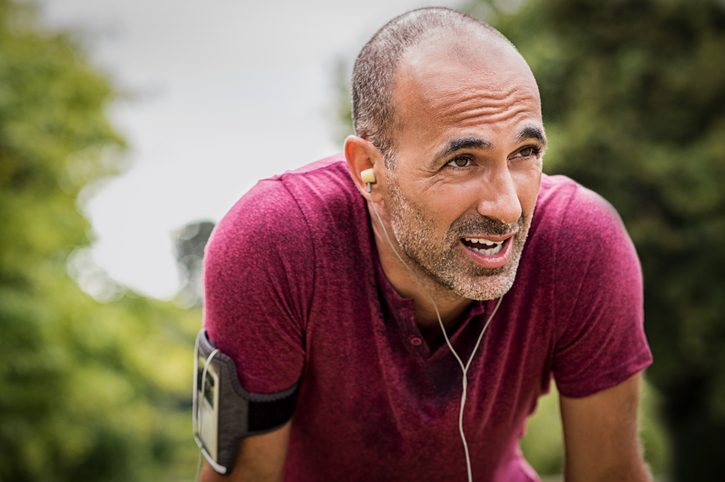 Obesity has been linked to numerous chronic diseases such as type 2 diabetes, hypertension, cardiovascular diseases and osteoarthritis. To crown the fittest province, we will be looking at the province with the lowest ratings of obesity. Statistics come from Statistics Canada article ‘Overweight and obese adults (Self-reported) 2014’.

The report shows that in 2014, that 20% of Canadian adults (18 and older) were reported as being obese. The rating of obesity in Canada has been on a steady upward trend since the early 2000s. While the percentage of the adult population considered as being overweight has stayed steady over the past 15 years (40% men and 25% women).

The report then distributes these statistics by province. Canada’s most obese province is the Northwest Territories (33%) and Newfoundland and Labrador (30%). Other provinces that were above the national rating of obesity (20%) were Nova Scotia, New Brunswick, Saskatchewan and Manitoba. PEI, Ontario, Alberta, Yukon and Nunavut were all at the national average (20%).

This leaves BC and Quebec in the battle of ‘Canada’s Fittest Province’, the province with the lowest rating of obesity in the adult population. BC takes a slight edge over Quebec, having a score of 16% vs 18%.

The figure below from Statistics Canada, Canadian Community Health Survey 2014 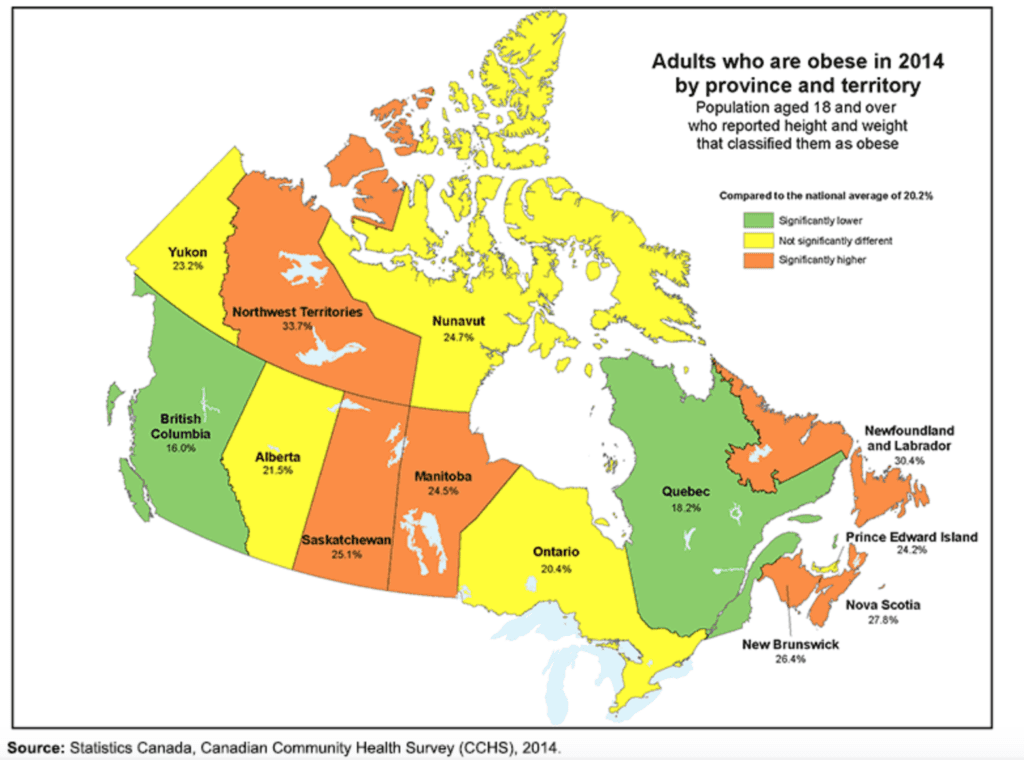 Congrats BC, you are ‘Canada’s Fittest Province,’ per statistics from 2014. However, history shows rising trends continue and based on the growing prevalence of obesity in our society and nation the order of provinces likely hasn’t changed much.

A more global issue regarding these statistics is the growing upward trend of obesity. As triathletes, there is a responsibility to promote healthy active living. It doesn’t mean we go out there and convert everyone to become a triathlete. However, we are sources of influence on those around us. So this summer lets promote being outdoors and enjoying nature!