All eyes were on Olympic champion Alistair Brownlee at this morning’s Challenge Gran Canaria and the British triathlon star did not disappoint, handily winning his half distance debut and setting himself up for even more hype leading into May’s Ironman 70.3 North American Championships in St. George Utah. Brownlee was in the front of the race from the swim this morning and opened up an early lead on the bike that he held all the way through. His 4:03:03 finishing time gave him a nearly eight minute margin of victory. Belgium’s Pieter Heemeryck took second and Britain’s Mark Buckingham took third.

“This is my first attempt at a middle distance race and there is a lot to learn,” Brownlee told Challenge media ahead of the race. “I chose Gloria Challenge Mogán Gran Canaria as my first middle-distance race because I really like what Challenge Family is about and considering we are coming into the summer race season the timing is perfect.”

He added after, “I really enjoyed the whole race, thank you everyone for the great support.” 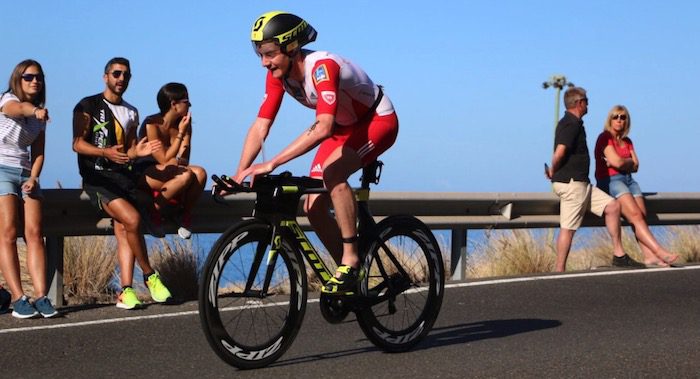 Though Daniela Ryf had been the obvious favourite in the women’s race today, the Ironman world champion had more difficult day than Brownlee.

Though she took an early in the race, race officials confirmed that she made an error on the bike, came into T2 a lap early, and lost serious time having to get back on her bike and finish the length of the bike course.