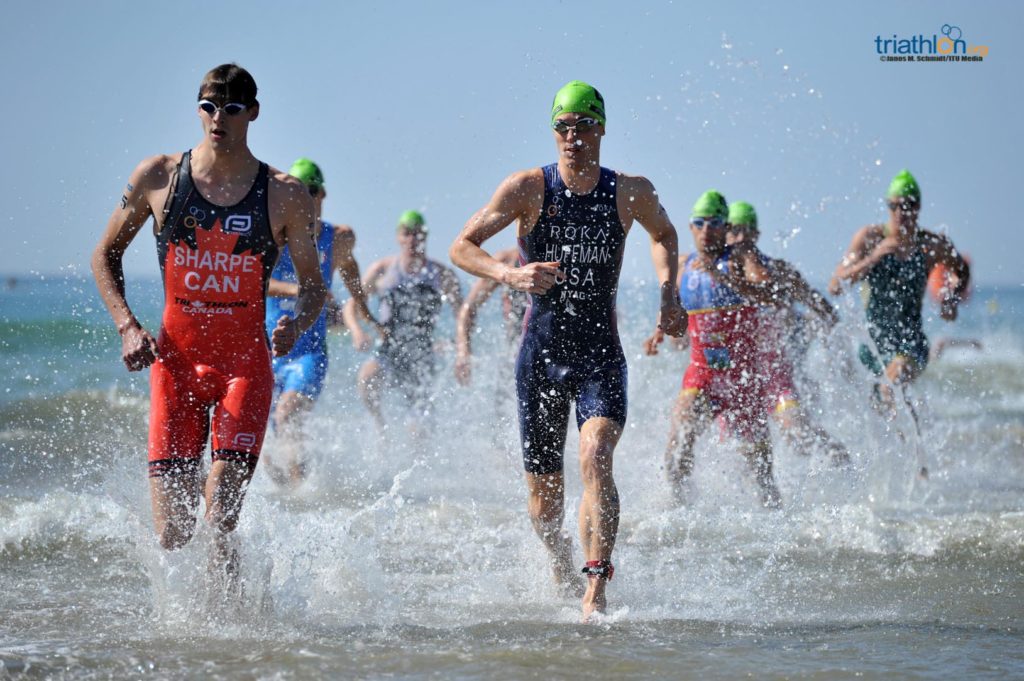 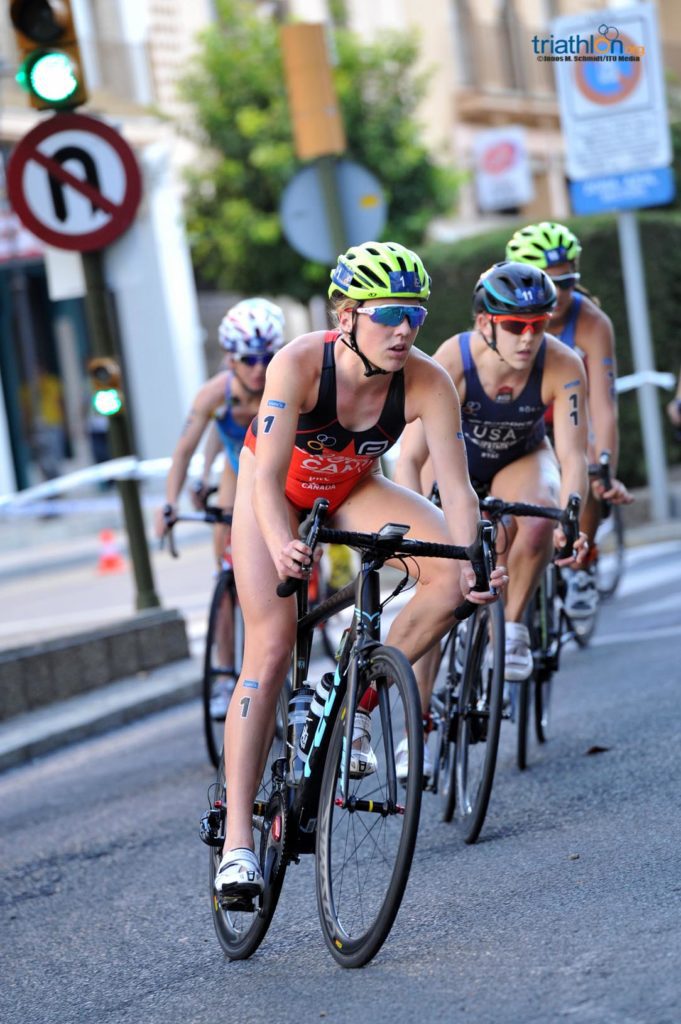 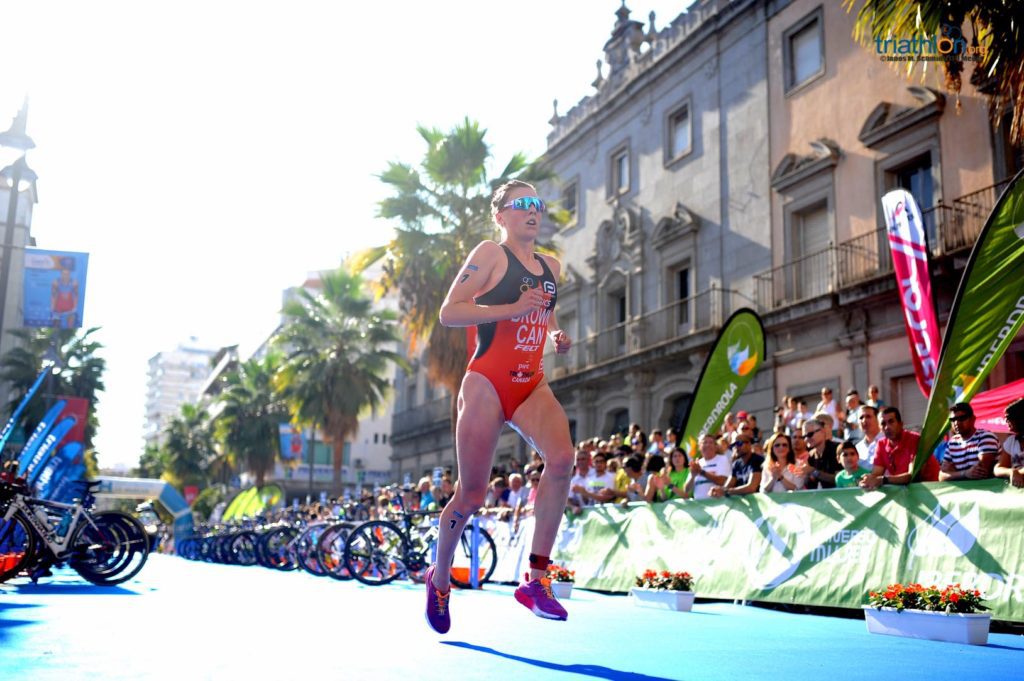 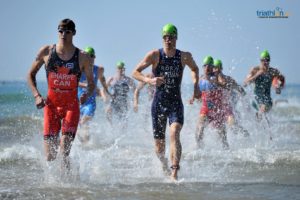 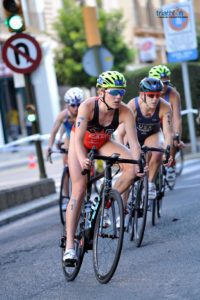 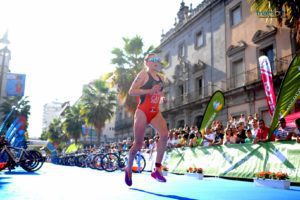 Canada’s Joanna Brown wrapped up the season exactly where she began it – on the silver-medal step of the triathlon World Cup podium.

One week removed from a solid fifth-place finish at the Grand Final World Championships, the 24-year-old Brown wrapped up a breakthrough season by clocking a second-place time of 2:01:50 at the first ever World Cup race in Huelva, Spain on Saturday.

“It feels pretty darn good to come away with a World Cup medal today,” said Brown who was sporting the number-one ranked tattoo in the women’s field. “I really wasn’t sure how it was going to go this week because it took me so long to recover from Rotterdam (Grand Final World Championships) but in the end I think I executed the majority of the race quite well.

“It was hard mentally this week to prepare to race again. My body was quite sore and tired, but I think it is a testament to how much heart and effort I put into that Grand Final.”

The reigning Canadian champion from Carp, Ont. took her place on the pristine Huelva Beach where she put down a strong 1.5-kilometre, two-lap swim. Coming out of the water in third spot, the glorious race conditions continued on the 40-kilometre bike where Brown settled into a pack of 10 cyclists who led the field of 37 athletes through the tight turns, steep climbs and cobble roads alongside the Spanish coast.

“I loved the ocean swim. The combination of salt water and sand and beach starts make for an exciting adventure,” added Brown who was hovering around 15th after the first lap of the swim. “I was able to move my way up and get onto the bike in third spot. The lead group worked really well on the bike. We rolled comfortably to grow the lead on the field. Once we got into the city, it was a bit chaotic because the course was new to all of us. There were a few crashes but I stayed out of trouble.”

Coming out of second transition in a group 15 seconds behind the leader, Brown was steady in the first of four laps of the run. The determined Canuck, who is coached by Jono Hall at the National Performance Centre, found an extra gear midway through the run, to snag the silver medal.

Vendula Frintova, of the Czech Republic, won the race with a time of 2:01:14. Chelsea Burns, of the United States won the sprint for the bronze medal at 2:02:03.

“I did what I could on the run, but Vendula was in a class of her own. I tried to stay positive all week and soak in the season that I had. I knew I was going to empty the tank on the course today no matter what happened,” added Brown.

It was the third World Cup medal of the year for Brown to go along with two fourths, a fifth and a seventh-place finish on the World Triathlon Series. She first cracked the World Cup podium when she captured the silver medal in New Plymouth, New Zealand in the spring. She backed that performance up with another champagne shower nearly a month later after winning the bronze medal at a World Cup race in Cagliari, Italy.

“A wise person told me that it’s easy to begin to take performances for granted, but I am going to enjoy and savour each time I get on the podium. I am a very happy Canadian today,” beamed Brown.

Quietly enjoying a breakthrough season of his own is Canada’s Matt Sharpe.

The Victoria resident put together his second top-five World Cup finish of the summer on Saturday in front of thousands of fans lining the oceanfront in Huelva, Spain.

Coming out of the swim in a group of three tied for fifth spot, Sharpe hopped onto the bike with a dozen riders for the 20-kilometre ride into the city before four laps and 20 more kilometres in the downtown streets. Tactically working his way in the pack through the technical and hilly course that featured tricky cobbled turns and a punishing hill, Sharpe played a key role in opening a 47 second lead on the chase pack heading into second transition.

“The race was on from the gun today,” said Sharpe. “We had a very motivated group out of the swim that worked well as we rode into town. Once we hit Huelva, the Tour de Spain-esque crowds helped motivate me to keep pushing and establishing the lead over the second pack.”

The fourth-place finisher at the famed Tiszaujvaros, Hungary World Cup and winner of the Aquathlon race at the Multisport World Championships in Penticton, B.C. earlier this summer, Sharpe shook off a leg cramp and dug deep to hang on for the fifth-place finish on the run.

“My legs were pretty shattered heading onto the run, and I wasn’t sure I’d be able to have a decent performance, but I stuck to my plan and paced the run well and started to bring some people back,” said Sharpe, who had a hamstring cramp in the last 150 metres. “I almost lost my place with that cramp but, I wasn’t going to give up and adjusted my run form to outlast a Spanish athlete for fifth.”

Germany’s Justus Nieschlag pulled away from the men’s field to win the gold medal with a time of 1:45:46. Kevin McDowell, of the United States, was second at 1:46:20. Spain’s Uxio Abuin Ares rounded out the men’s podium in third place at 1:46:47.