Tell us about your season of Ironman racing so far. You’ve had a diverse roster of race locations this year. How do you choose where you’ll race?

My season has been all over the map both literally and figuratively. With hopes to qualify for Kona, I wanted to get a head start on points at Vichy. Last August, my fitness was shaping up quite well despite not obtaining the result I had wanted in Vichy. The rest of the year didn’t pan out exactly how I wanted due to DNFs from mechanicals on the bike.

In May, I went to Ironman Brazil for a second year in a row. Only here, I was disappointed once again that my body did not want to perform in the rain. The experience was a real confidence drainer as training had been going well up until then.

Once I got back up on my feet again, I had decided to face my fears and chose races where there was a tendency for rain and technical, hilly bike course. Historically, I have never raced well in the wet and cold, and coming from Windsor-Essex region of Ontario the flat, easy riding had been my comfort zone.

So, I chose Ironman UK one of the toughest Ironmans on the circuit known for hills and poor weather and Maastricht, being in my backyard here in the Netherlands. After completing these two races, it seemed only right to come out to Tremblant as there are some similarities in race profiles. 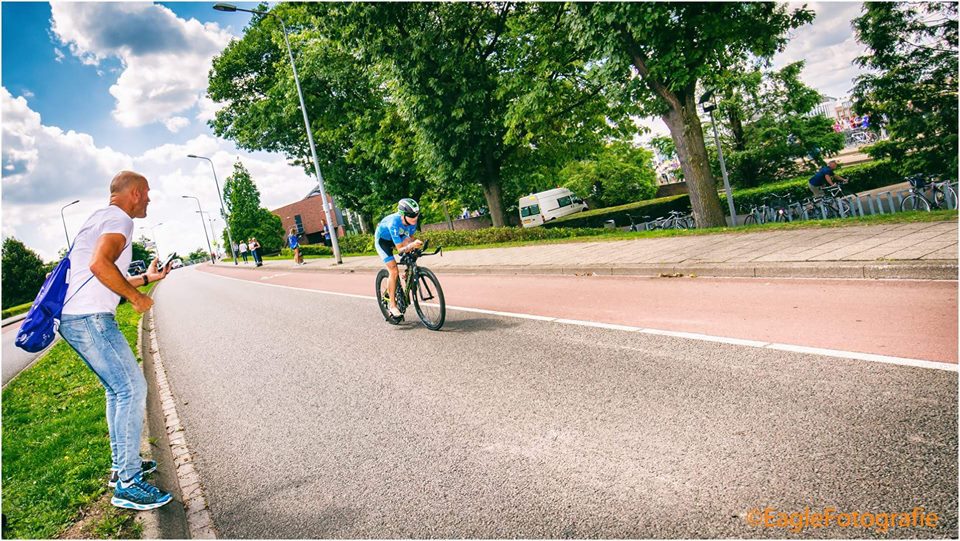 Last weekend was a breakout performance from you with a second place at IM Maastricht. Tell us how your race played out?

Maastricht had been a key race for me although race planning wise perhaps you wouldn’t guess so. Being literally in our backyard, I had the opportunity to check out the course and train in the area earlier in the year. I think it’s always a huge advantage when you feel comfortable on a course, especially one as technical as Ironman Maastricht. The months leading up to the race had been a bit hectic for me with racing and work obligations all over Europe. I found it tough to get into a real training groove and struggled specifically with the swim. Fortunately, we were always in the hills so that boded well for bike training.

Come race week, I found myself surprisingly ready go for round two just three weeks after Ironman UK, where I was 4th. I was in a good head space which would come in hand on the run when the body began to say “are we really going do this again?”

The swim was a bit of a gong show. I had a career worse swim. Perhaps it was the lack of swim focus, being lost of the course… it’s all still a mystery to me. In hindsight exiting the swim, I am happy that I did not know how much time I had lost to the leaders. Sometimes ignorance is bliss!

Onto the bike, I did exactly as I had practiced. I put my head down and got to work. At 54 kg, I was crunching out some heavier wattage for the first 90 km averaging 170-175 watts. The first part of the course starts with a far bit of climbing while the second has more sharp turns and flatter sections which dropped the numbers. After the first 90 km, I had hoped that I would have been closer to the leaders, however, I trusted myself that I was riding well…I was just hoping that they weren’t riding too much stronger.

Around the 120 km mark, I caught 2nd place. Despite the fact that my wattage began to slip on the second round, I gained some confidence that I was finally getting into a good position to get off the bike. Heading into T2, people were screaming at me that I was 1:55 off the leader, Saleta Castro…and upon exiting I had reduced the gap to 1:37. I didn’t feel I was moving that quickly through transition, but it goes to show that a swift transition can win you time when it’s a close race.

The crowds were very excited to see if I would hunt and chase Saleta down, but the truth was this wasn’t the race for me to risk everything for the win and end up completely off the podium. Although a late decision, if I podiumed here I had already made the decision to travel to Canada to race Ironman Mont Tremblant. Further to that Saleta is a great runner and I knew that I didn’t have my usual run fitness. I did what I needed to secure my second place and hop on a plane to Canada later that week.

I was impressed with my bike split. Coming from Windsor, On, I am used to flat and straight roads. Racing in Europe was a definite wake up call for me. Normally, I wouldn’t consider myself to be a technical rider or some one to does well in hilly terrain, but I proved at Ironman Maastricht to myself that I can race well in these conditions too. All the bike training had paid off. Typically I wouldn’t say that biking is my strength, I would say I am more naturally a runner, but last Sunday it shined! 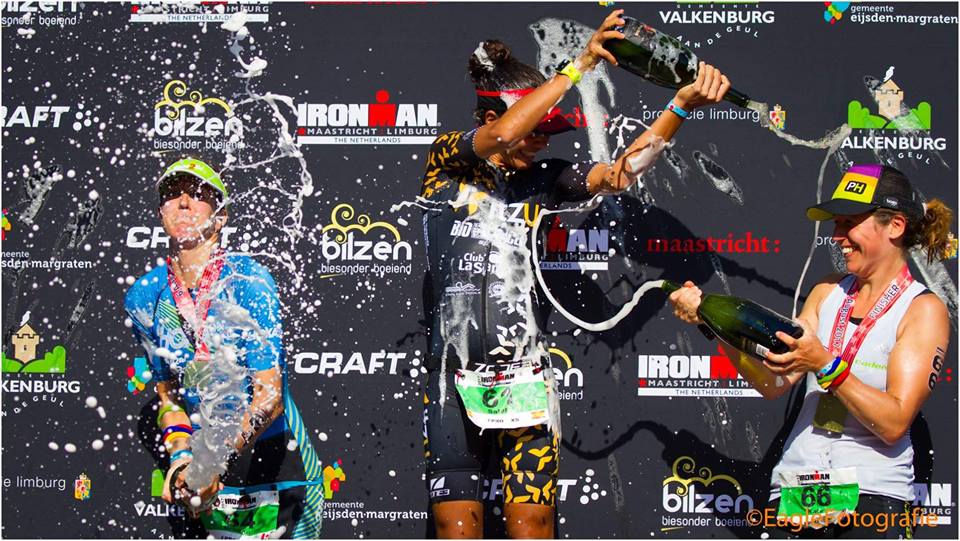 Now you’re headed back to Canada and chasing remaining points to qualify for Kona at Ironman Mont-Tremblant. What kind of finish do you need, and do you think you have a good shot?

After Maastricht, there were only a few races left to see if I can make the cut. While my odds may have been better at other races and certainly less travel costs and time difference racing within EU, I had made my decision that if this was the year that I would go to Kona, I wanted Ironman Mont-Tremblant to be my ‘right of passage’. I made this decision with my heart not mind.

The last time I went to Kona was after finishing 1st Overall AG in Tremblant. I have very fond memories of the course and the energy of all the spectators. It will feel like homecoming!

The pro woman’s field has a stacked list with several girls hungry to punch their Kona ticket. I think it’s too early to say exactly what place I need to secure my spot and also depends on how the others finish at both Tremblant and Copenhagen, but a top four should get me close or at least eligible for a roll down. I’ve found that even though I’ve been racing back to back, each race has been one step up from the last, so I am hoping that is the case next Sunday.

I recognize trying to qualify for Kona and leaving it up to racing 3 Ironmans in July and August is less than ideal, but is has been a thrill and I am so close to not give it a try and put it all on the line. 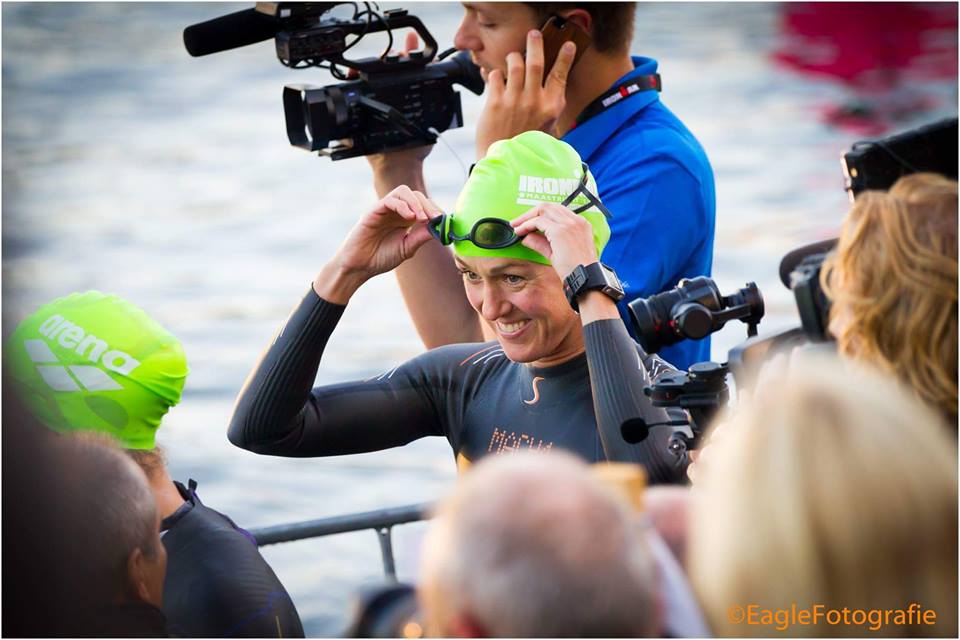 What do you want to accomplish in your career after this?

After taking my pro card in 2013, I stepped away from the Ironman scene to race more independent Ironman distances races in Europe to gain more experience. I did however always want to come back and race on the circuit to one day have my dream come true of racing as a pro athlete in Kona.

For me, this is a one time thing something that I can look back and share with family when I am older and say that I was there. Afterwards, I will continue to race just without the voice in the back of mind begging to take her to Kona.

If this doesn’t happen this year, I will take my current fitness and prepare for an end of the year race to get a head start on Kona 2018.