Canadian 70.3 star, Squad Cycles athlete Taylor Reid, took a unique approach to the design of his 2018 bike. He enlisted the help of fellow pro and skilled graphic designer Mikael Staer Nathan to design a paint job that would help him identify his brand and express his love for his country and his sport.

“I was really looking to mix it up with this design,” he says. “Something that reflected being Canadian but in a different way than just the classic Red and white. I really feel that it is important to remember where you are from even when I am are out there racing all over the world.”

Staer Nathan was the perfect person to make this happen with a design on his customized Squad bike (anyone can design a custom paint job with Squad, one of the major selling features of the Quebec-based bike brand).

“Last season, I designed my own tri suit and it received a lot of positive attention,” Staer Nathan says. “Taylor saw it in-person for the first time at Tremblant 70.3 where we shared a homestay and he really liked it. We talked about doing some kind custom design for him for 2018. Then, at his holiday party before Christmas (yes! we did actually get elite triathletes and runners together socially!) he asked me if I’d design the paint job for his 2018 bike.”

Reid gave him a simple description of what he was looking for in his bike design:

“Taylor said right from the beginning he wanted something Canadian—’There’s not enough Canadiana in the sport.'”

They took one simple motif and used it as the theme for the entire design.

“Obviously, [Canadiana] meant maple leaf. Taylor sent over some sketches which were more typical “Canadian” – red, white, maple leaf-y. My aim was to make it less maple leaf-y and use elements of it to draw out a Canadian theme. My early drafts included layered patterns that built out the shape of a maple leaf, and were overall more intricate. I wanted to avoid putting full leaves on the frame as much as possible, and did things like blowing the leaf shape way up and letting that create intersections over the frame, for smaller leaves, colours and patterns to live within. While the final design does have a few complete leaves on it, there are many that are bleeding off the edges or creating colour spaces, which is visually much more interesting.
The challenge came from adapting the design into something that would look sharp and fast on a bike worthy of a winner: 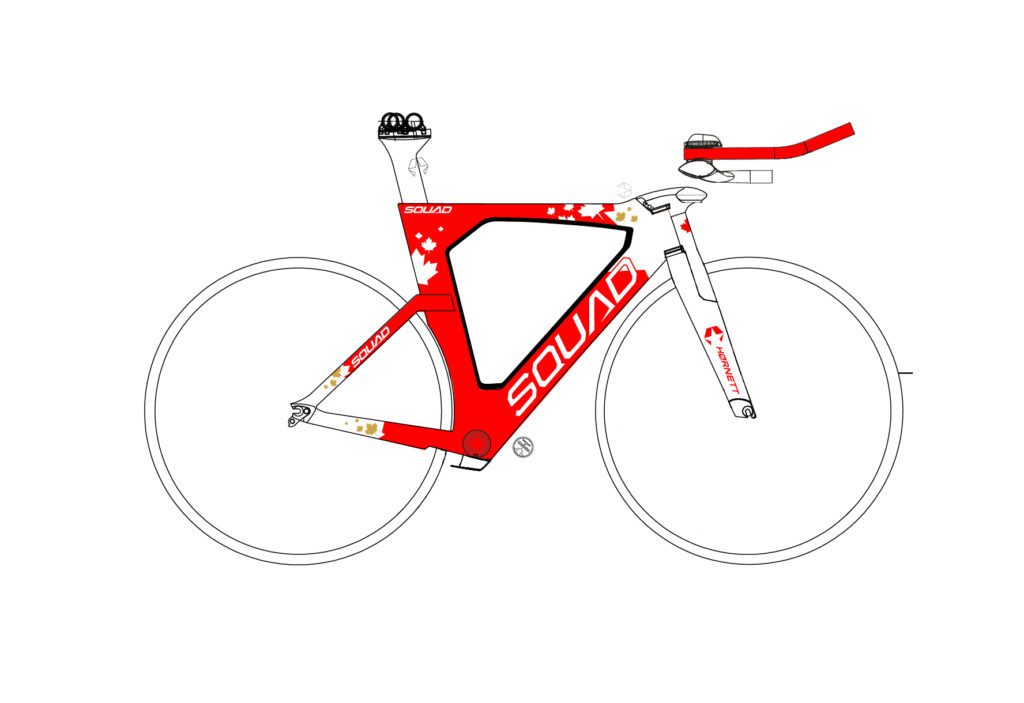 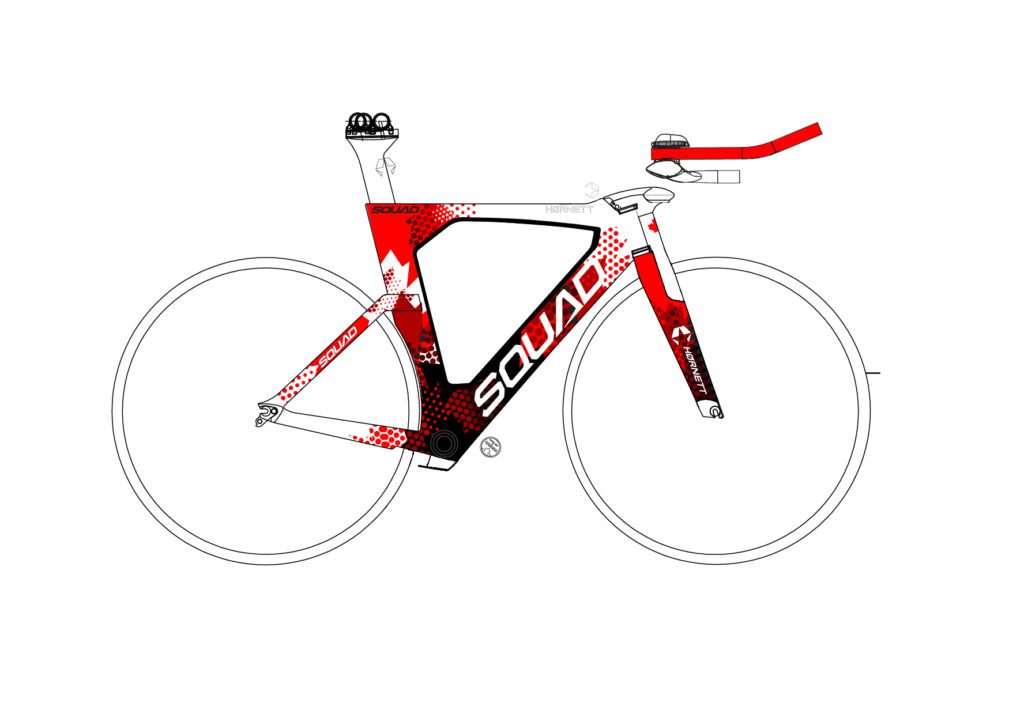 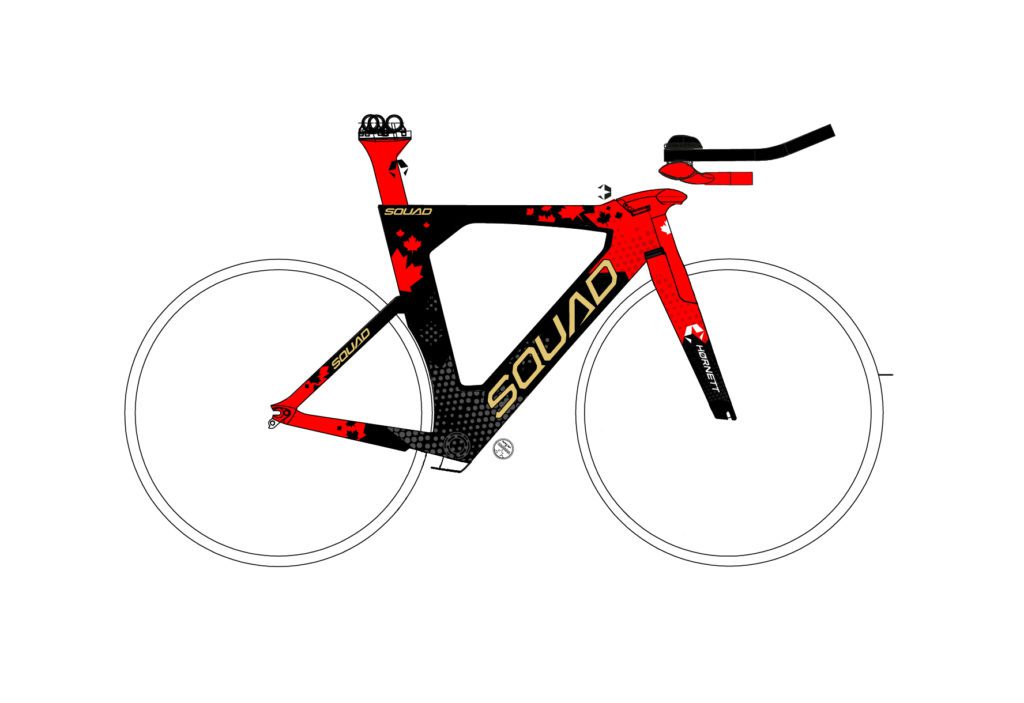 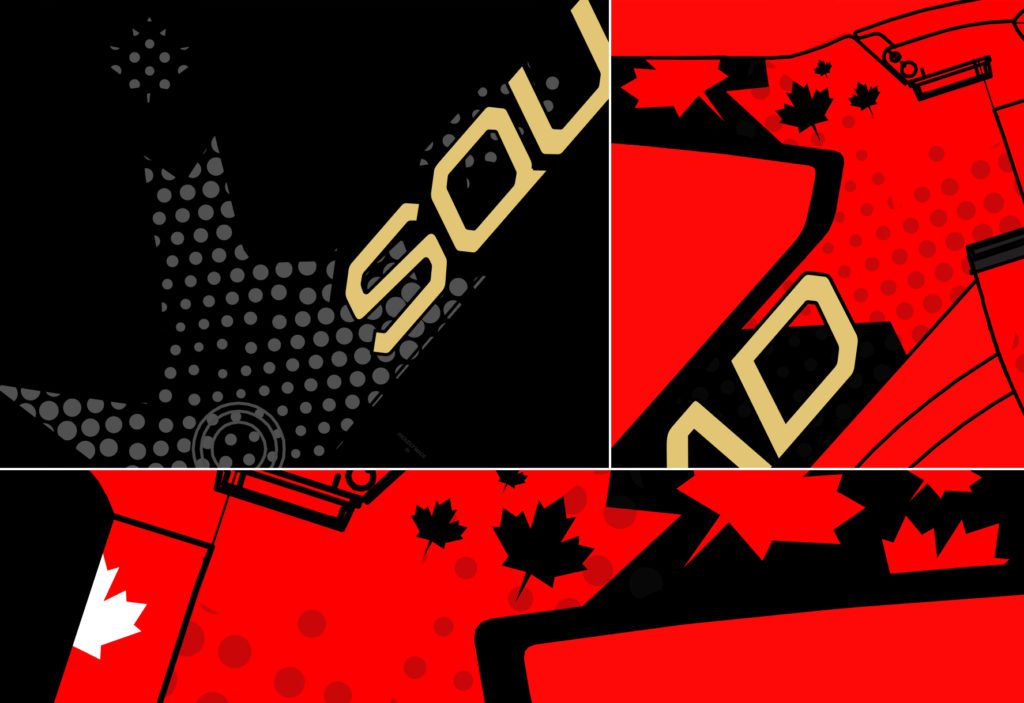 An up-close look at the design 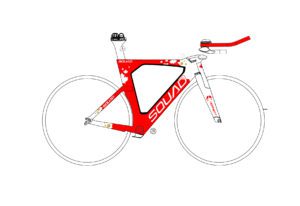 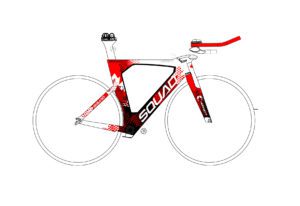 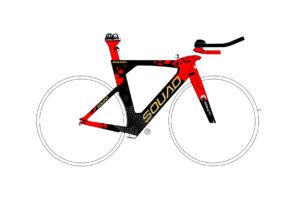 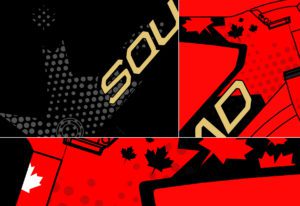 “While those early drafts were really cool, they didn’t feel right. I also felt that the red/white colour scheme was a touch too “nice”; it needed to be more aggressive, strong, fast. More race car and less art. As soon as the black came in, we knew we had nailed it.
The gold was an early request of Taylor’s, which worked out great because I love using gold in my work. I just had to find the right place to work it in.”
The two are pretty pleased with the result, excited to see the finished project in time for Reid’s first race of the season later this winter.