Rounding up the best Canadian performances of 2016: The rising athletes who had the biggest breakthrough races this year.

Tyler Mislawchuk had his career best year to date, becoming an Olympian (and the youngest man in Rio field) as well as finishing 15th in the WTS rankings, all at the age of 21. Mislawchuk consistently performed well at WTS races all year, which secured him a place on Canada’s Olympic team. He placed within the top 15 and usually top 10 at all of his races and also finished 15th in Rio as the highest-placing Canadian and signalling he’s one to watch for in coming years. While he had to sit out of the ITU Grand Final due to injury, we’re excited to see what he brings in 2017 and have a feeling it’s going to be a great year for him. 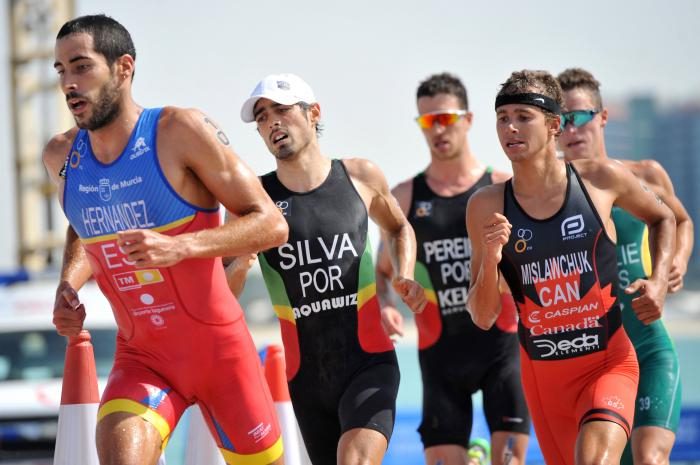 Matt Sharpe also had a fantastic season this year, earning his first world cup podium (silver in Montreal, in front of a home crowd), taking 11th at WTS Edmonton and earning recognition from the ITU for making the largest leap in WTS rankings of any athlete this year. As he continues to race on the WTS circuit, we’re excited to see if 2017 is the year Sharpe earns a podium finish at the sport’s most competitive level.

Sue Huse proved she’s a Canadian to watch on the 70.3 circuit in 2016. Her breakthrough season included the win at Ironman 70.3 Cozumel, third place at Ironman 70.3 Los Cabos and 4th at Ironman 70.3 Coeur d’Alene. A strong runner, Huse has a background in track and field and is capable of laying down fast half marathon times to help her finish strong is stacked pro fields. There’s no doubt she could add another win to resume in 2017.

Malindi Elmore proved she can race with the best half distance athletes in 2016 — she earned podium finishes this year at Ironman 70.3 Augusta, Ironman 70.3 Calgary and Ironman 70.3 Coeur d’Alene. Even more impressive was her remarkable sub-9 hour Ironman debut at Ironman Arizona last month, where she placed third in a very competitive field. Another triathlete with a strong running background, Elmore delivered great run splits all year but also proved she’s consistent on the swim and bike.