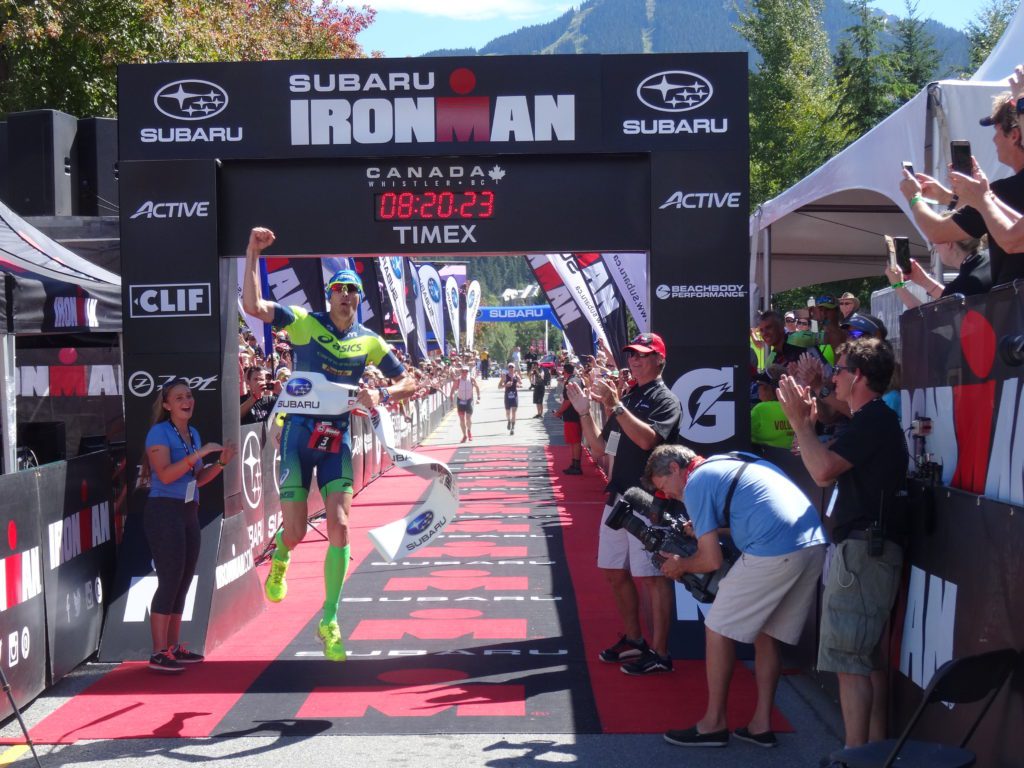 Andy Potts dominated the race from start to finish to take victory at Ironman Canada 2016.

With the professional women racing at Ironman Lake Placid, this event was all about the men, but in the end it came down to just one.

Potts, 39, from Colorado Springs, U.S., blew the race wide open with an incredible display in Alta Lake, opening up a lead of three minutes leaving the water. He took just 47 minutes for the 3.8 km swim, and immediately set about putting time into his rivals on the bike. A chase group of four quickly formed, including local favourite Trevor Wurtele, and Pedro Gomes, from Portugal.

They could make no inroads on Potts’ lead though, and by the 70km mark on the bike, he had extended it out to more than eight minutes. Despite a bear encounter in the Pemberton Meadows and the difficulty of judging pace out ahead on his own, Potts was 13 minutes clear coming into T2, with a 4:31:07 bike. Potts enjoyed the feeling of being out in front on the course.

“When you are dictating the pace and the tempo, and really putting pressure on the people behind you, it’s very empowering. It’s a huge boost of confidence.” says Potts. “Mentally I thought, “Every pedal stroke I’m gaining time.’”

Wurtele and Gomes came in to T2 very close together, with Gomes immediately pulling ahead heading out onto the run course.

Potts admitted that he had some dark moment on the run, and had to take two toilet breaks, but he managed the gap back to Gomes, never letting it get closer than 7 minutes. In the end he crossed the line, with a huge celebration, in 8:20:23.

“Third place is a great result.” says Wurtele. “It’s beautiful. I love this course. It’s the third time here. Thankfully I did it all the years when the weather was awesome. It’s a tough bike course and a beautiful run course with all the tree.”

Potts adds this title to earlier victories in 2016 at Vineman 70.3 and Coeur d’Alene 70.3, and now heads to the Timberman 70.3 in New Hampshire. After that, Potts’ focus will switch exclusively to Kona, where he must be one of the favourites to challenge reigning champion Jan Frodeno.