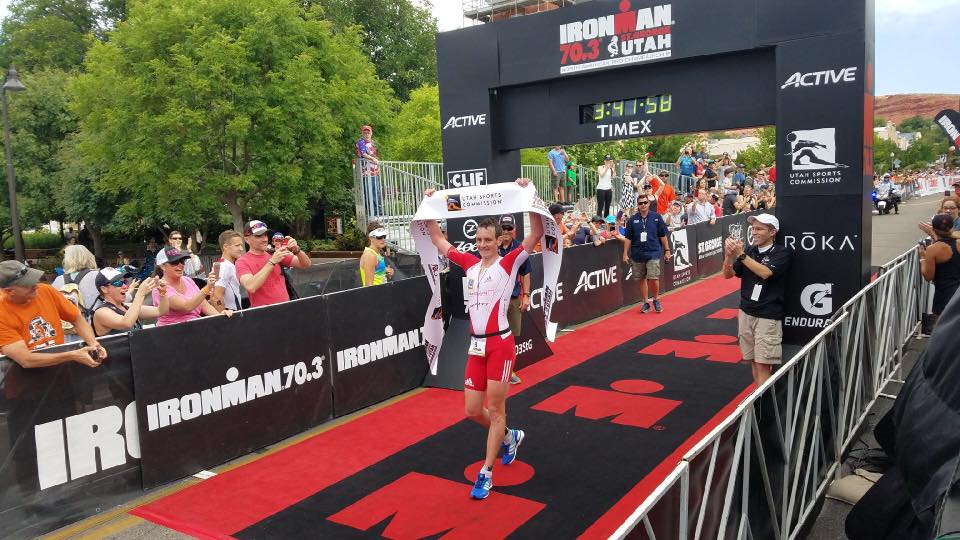 If Lionel Sanders was disappointed he didn’t get a good race against Jan Frodeno at Ironman 70.3 Oceanside last month, today’s North American championship battle with Alistair Brownlee surely made up for it.

The double Olympic champion more than proved he has what it takes to compete against the best men in the world in non-drafting triathlon with his smashing win this morning. Brownlee led from start to finish, coming out of the swim in front before delivering a phenomenal 2:01 bike split (just 15 seconds slower than Sanders’, the best of the day) and running strong to the finish line. If anyone had any doubts if his ITU cycling experience would be strong enough to put him in contention at big Ironman races, Brownlee proved them wrong.

Sanders gave Brownlee a good run for his money the entire morning. Though he was was roughly three minutes down after the swim, he and Sebastian Kienle worked together on the bike to ride through the field and close the gap on Brownlee. They came off the bike at the same time in 2-s positions, before Sanders dropped Kienle on the run and moved in on Brownlee over the course of the half marathon. By two miles until the finish, Sanders had closed the gap to just over a minute. While it wasn’t enough to out-run Brownlee, Sanders clocked the fastest run of the day — 1:12:19, over two minutes faster than Brownlee’s 1:14:49.