The Ironman European Championship in Frankfurt has always attracted a star-studded field. It’s a race that’s packed with emotion, drama and action. The 2019 edition was no different, and it did not disappoint after all the hype entering the race weekend.

Prior to the race, most of the attention was focused on the men’s field. And rightfully so. Jan Frodeno, Sebastian Kienle and Patrick Lange – winners of the last five Ironman World Championships – were competing against each other on home soil in Germany. The race meant a lot more than ‘just’ the European Regional Championship. Despite the national and international attention the men’s race got, the women’s race also had a strong field headlined by local favourite Daniela Bleymehl, and last year’s runner-up Sarah True.

Frodeno and Kienle dual in the heat

Jan Frodeno left his mark on the race, leading wire-to-wire en route to his third Ironman European Championship in 7:56:02. On a day that reached 38*C, Frodeno ran a race-best 2:43:57 to remind everyone he is going to be in Kona and is ready to lay down a blazing marathon split in the heat.

It wasn’t all smooth sailing though. On the second lap of the bike, he overcooked a turn and had to hop the curb and ended up in the grass. Fortunately, both Frodeno and his bike were fine and he was able to continue. 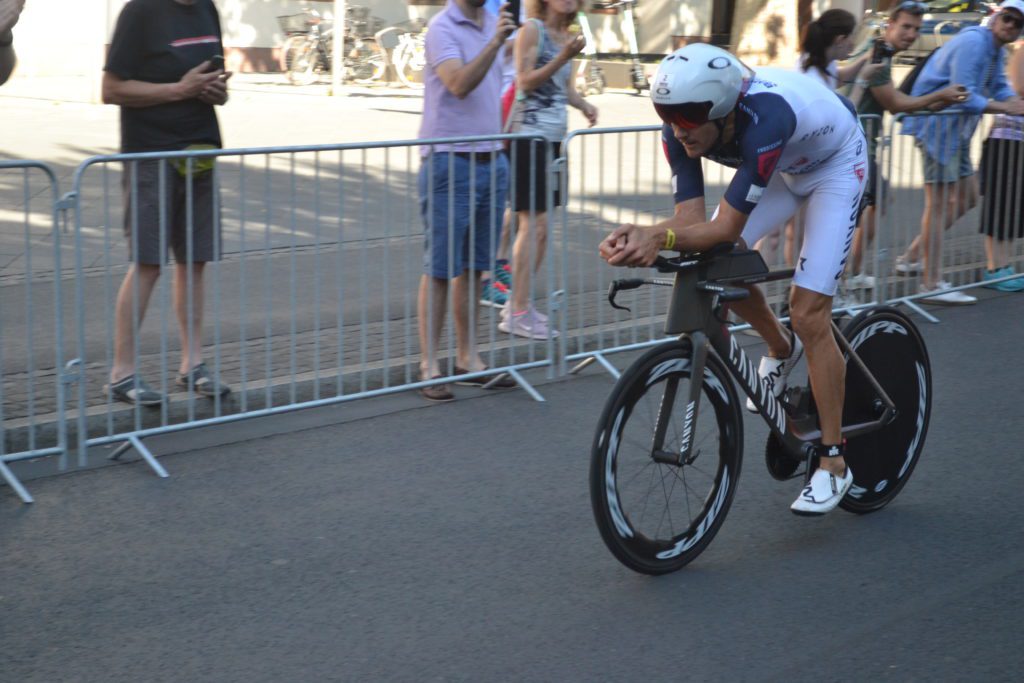 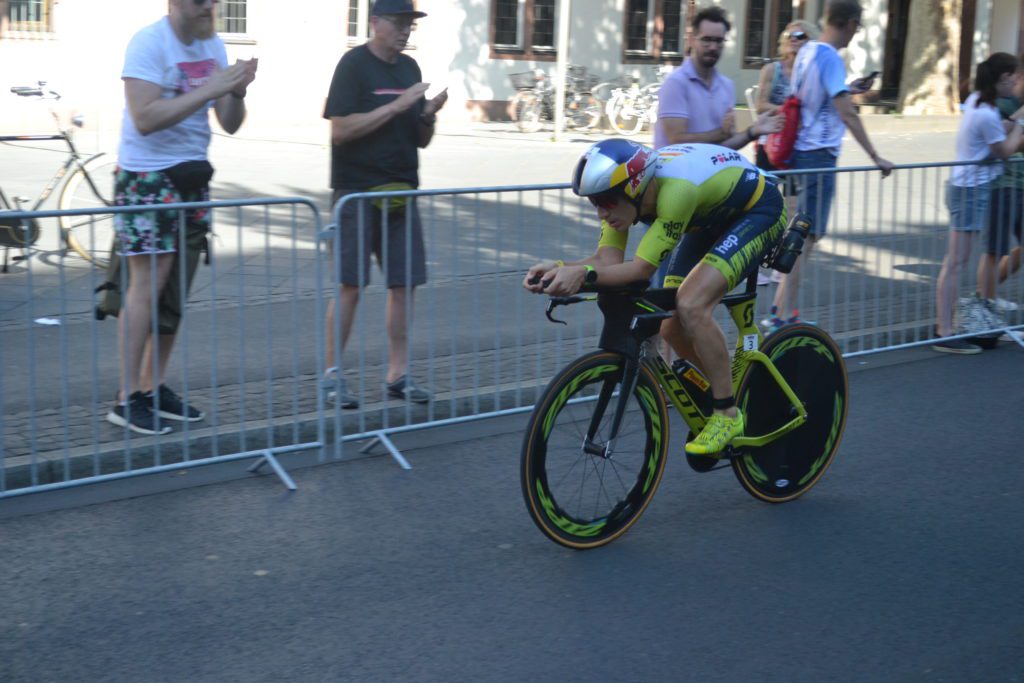 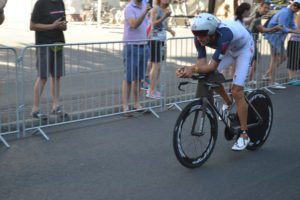 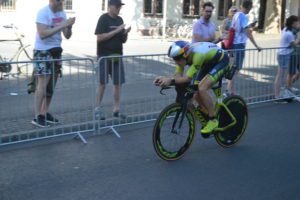 He also was pushed to the edge by countryman and 2014 Ironman world champion Sebastian Kienle. Kienle began the day showcasing his improved swim, and came out of the water in the main pack with Patrick Lange, 2:10 down from Frodeno.  From there he went to work on the bike, catching Frodeno just before T2 with a race-best 4:17:36 bike split.

Unfortunately, T2 was not as expected for Kienle. He spent five minutes seeking medical attention to remove a piece of glass from his right heel. In a show of sportsmanship, Frodeno checked on Kienle prior to beginning his run. Kienle was able to close down the gap to Frodeno by kilometre 18, but that was as close as he got. Kienle finished in 8:00:01, and had the second fastest run in 2:47:27.

Being the defending Ironman world champion, all Lange had to do was finish and he would validate his spot for Kona 2019. He did that, but it wasn’t the race he hoped for. Lange came out of the water 2:00 down from Frodeno and he continued to bleed time throughout the bike until he got a puncture at 100K. That all but ended Lange’s hopes of winning his first Ironman European title, and he cruised his way to an 8:47:49 finish in 11th place to validate his spot for Kona.

Jan Frodeno, Sebastian Kienle and Patrick Lange are all now validated for Kona. (After winning Kona, you have five years of ‘grace’ – meaning all you need to do is finish an Ironman in order to validate a spot.)  It is believed the men’s field will receive four Kona spots, which will be available to Franz Loeschke (GER), Tobias Drachler (GER), Philipp Koutny (SWI), and Matt Russell (USA).

Disaster strikes for the race leader

In the women’s race, it was last year’s runner up, Sarah True, who led the women’s field out of the water in 52:40. Imogen Simmonds and Amelia Watkinson quickly followed.

Uber biker Kimberley Morrison was expected to charge hard to the front, but a puncture ruined her day, and she cruised to T2. Simmonds opened up an early gap, leading by almost 7:00 at 90K, before Skye Moench and True reeled her in. The three entered T2 together, with Bleymehl only 0:24 behind.

On the run, True established an early lead. At the halfway mark, Canadian Jen Annett moved into fifth place and looked poised to continue to climb up the leaderboard.

With 5K to go, True began to look in bad shape; she was walking at times, having to stop and bend over, and having a difficult time progressing on the course. With 800m to go, disaster struck. With a 5:24 lead, True was having great difficulty moving forward, and a fellow athlete appeared to try to catch her arm to keep her from falling. True ended up on the ground, and after a few moments was carried away by volunteers and medical professionals. Moench was unaware of the difficulties True was having until she picked up the lead bike with 800m to go and knew something must have happened.

It is expected that the female field will have two Kona spots, which will be available to Moench and Simmonds.