Yesterday, Canadian Joanna Brown thrilled the crowd with a fourth-place finish in the elite women’s WTS race. The result not only was Canada’s best, it was also a career-best placing for her on the WTS.

Today, the WTS men raced in Montreal on an overcast day. Heading into the race, Canada’s Tyler Mislawchuk was looking to move into the top 10 in the world rankings. Charles Paquet (CAN), just 21 years old was making his WTS debut, along with John Rasmussen (CAN). Alexis Lepage and Matthew Sharpe were also on the start line representing the maple leaf.

Coming out of the water it was a large lead group going onto the 40K bike. On the tight streets of Montreal, a four-man breakaway would form and include the WTS rookie, Paquet. The breakaway stayed away and was the perfect attack for Kristian Blummenfelt (NOR). The Norwegian would have a minute gap on the main group. A group that included world leader Mario Mola (ESP) and Canadians Mislawchuk and Sharpe. 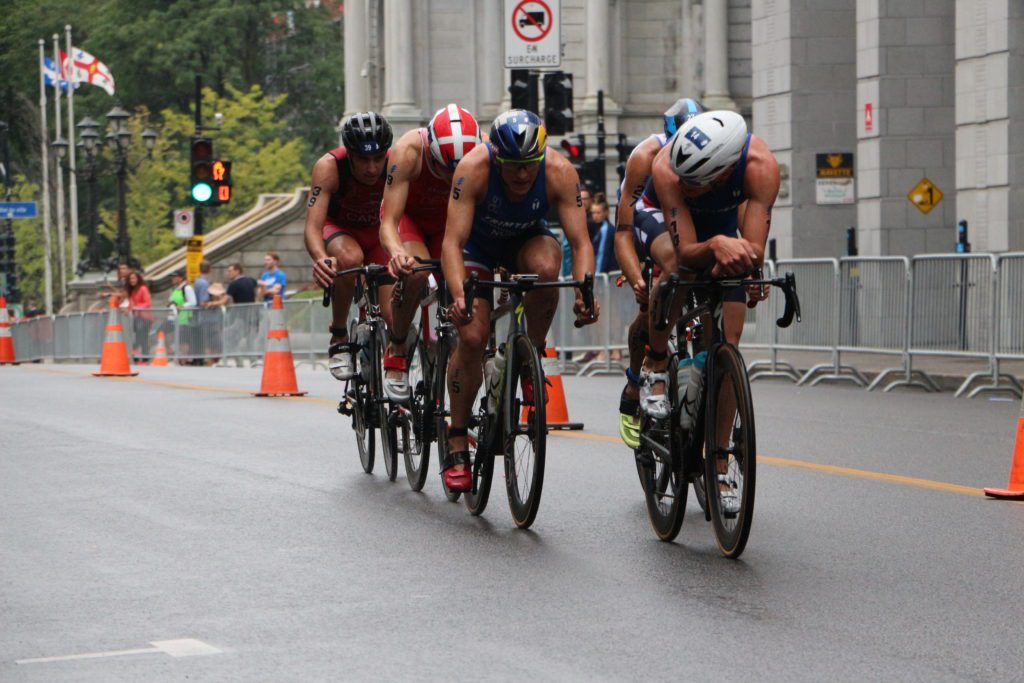 Riders in the early breakaway at WTS Montreal in 2018. Photo: Cam Mitchell 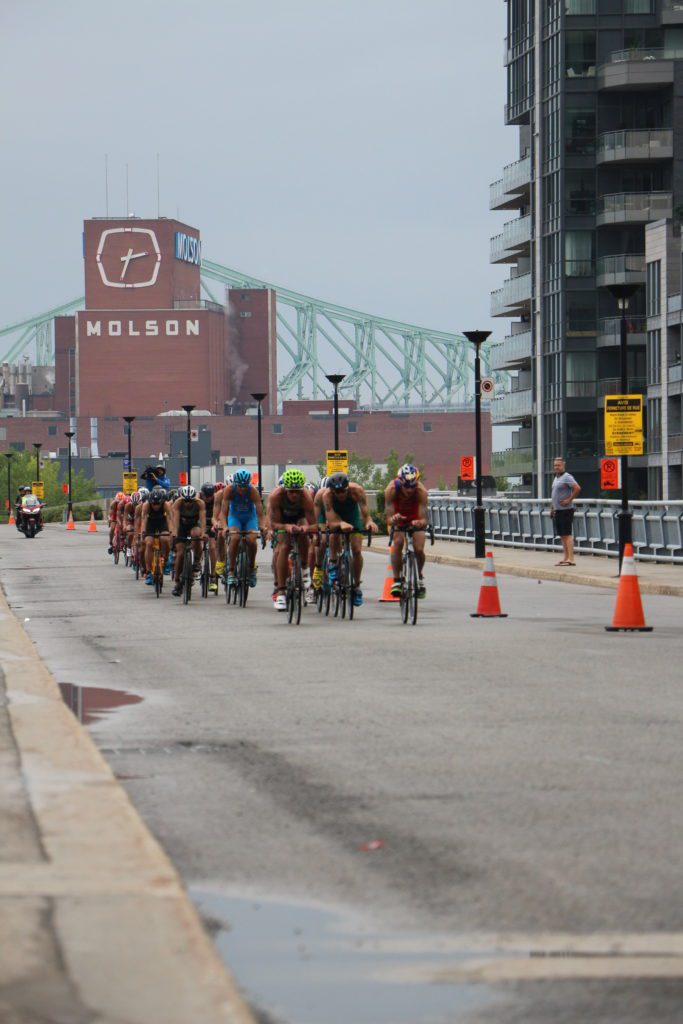 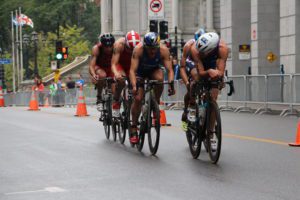 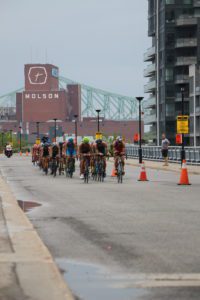 On the 10K run, Mola would pull back the minute gap to Blummenfelt and pass him with just over a kilometre to go. Blummenfelt would press to come back, but the Spaniard would pull away for the victory – his fourth this year. Blummenfelt would finish second and Australia’s Jacob Birtwhistle passed Richard Murray (RSA) in the last 500m to take third. 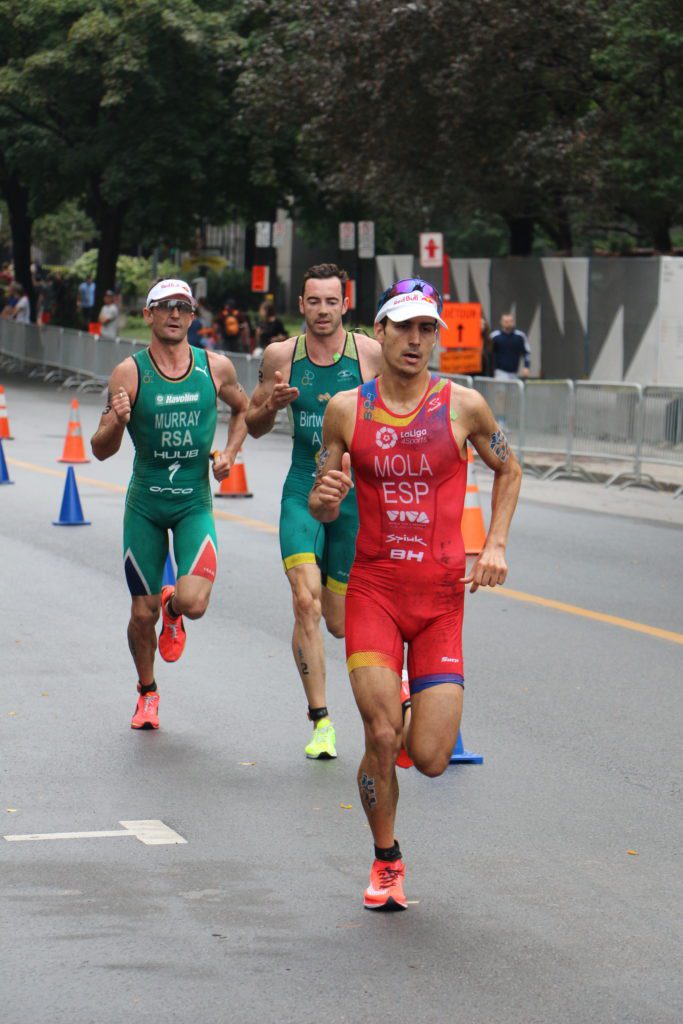 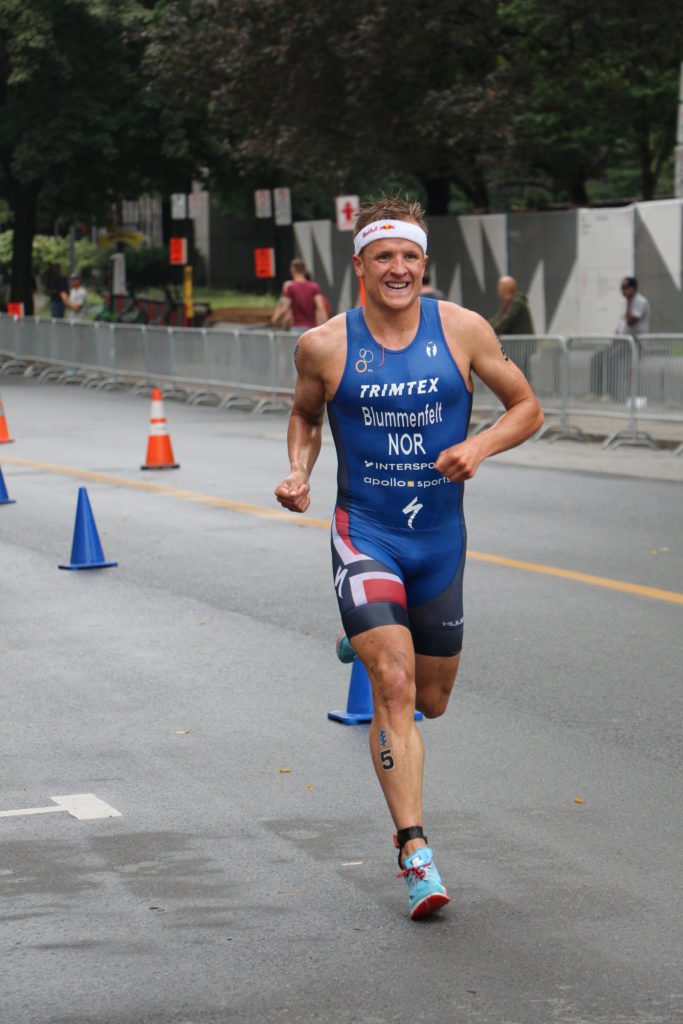 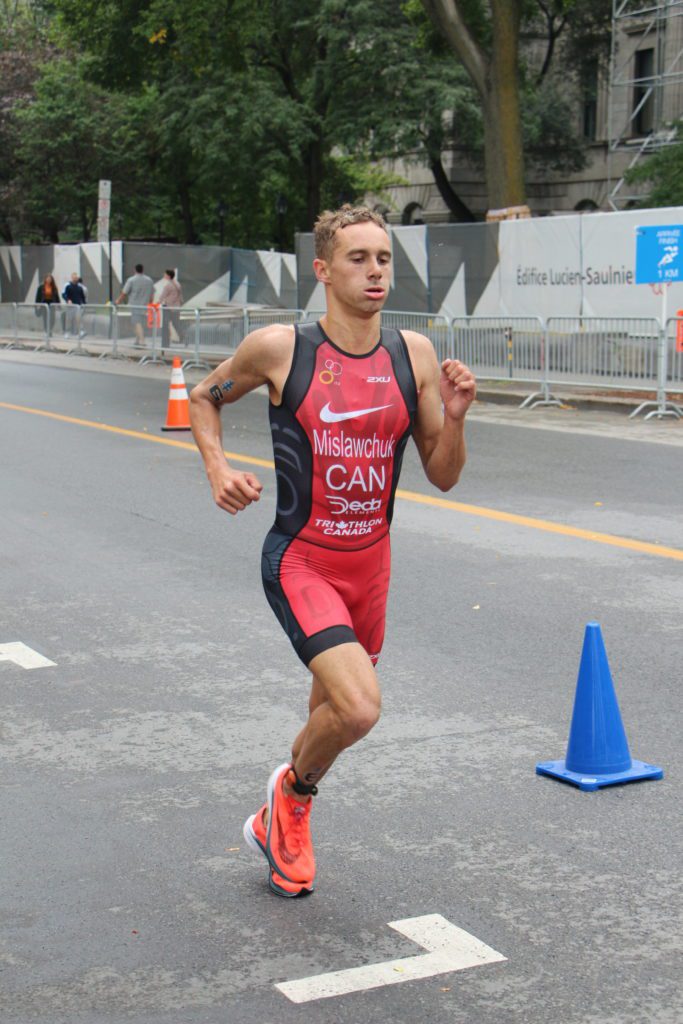 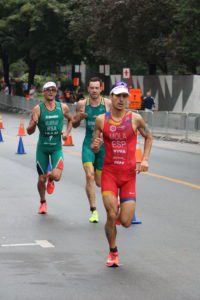 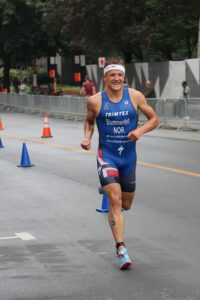 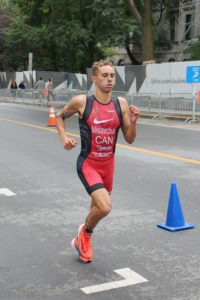 Mislawchuk spent most of the run in a group of six to eight guys battling for positions seven to fifteen. After a few close finishes this season, Mislawchuk out sprinted most of the group to finish eighth overall. Sharpe would climb himself into the top 20 on the run and finish 19th. In his debut race, Paquet would finish 29th. For Lepage, it was a disappointing finish. He flatted early in the race and due to circumstances out of his control, he had to change the flat himself. Lepage finished 37th and Rasmussen finished 40th. 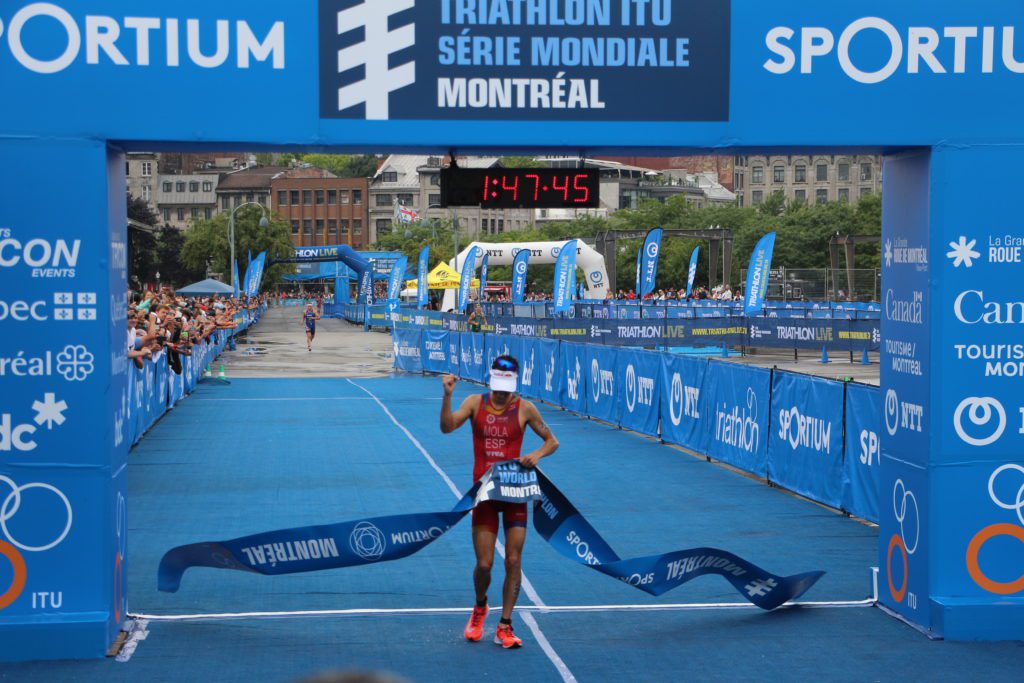 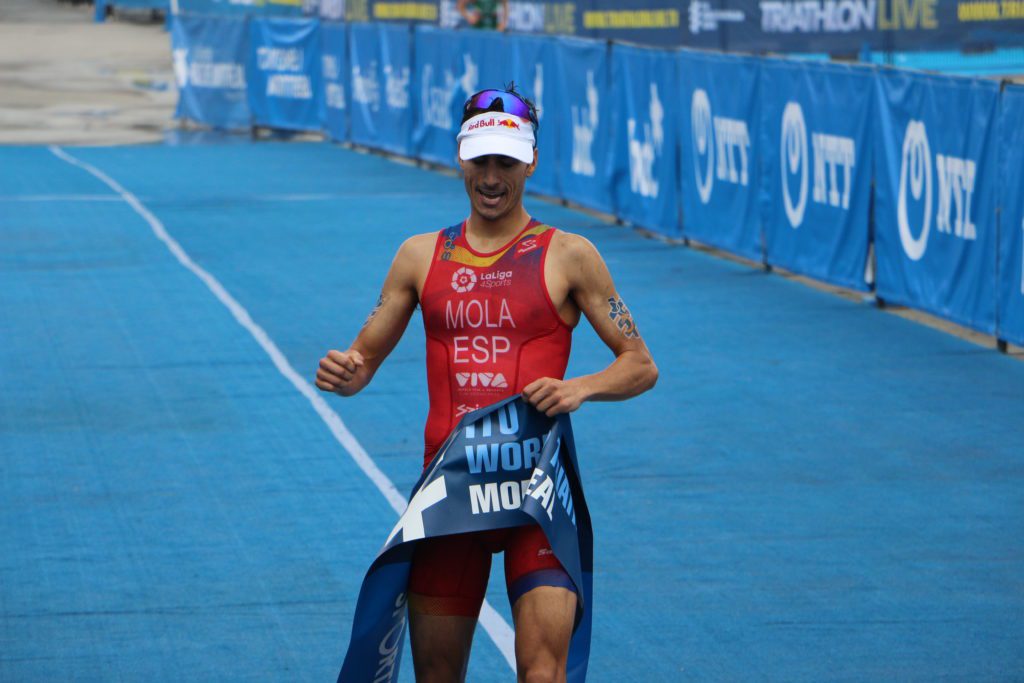 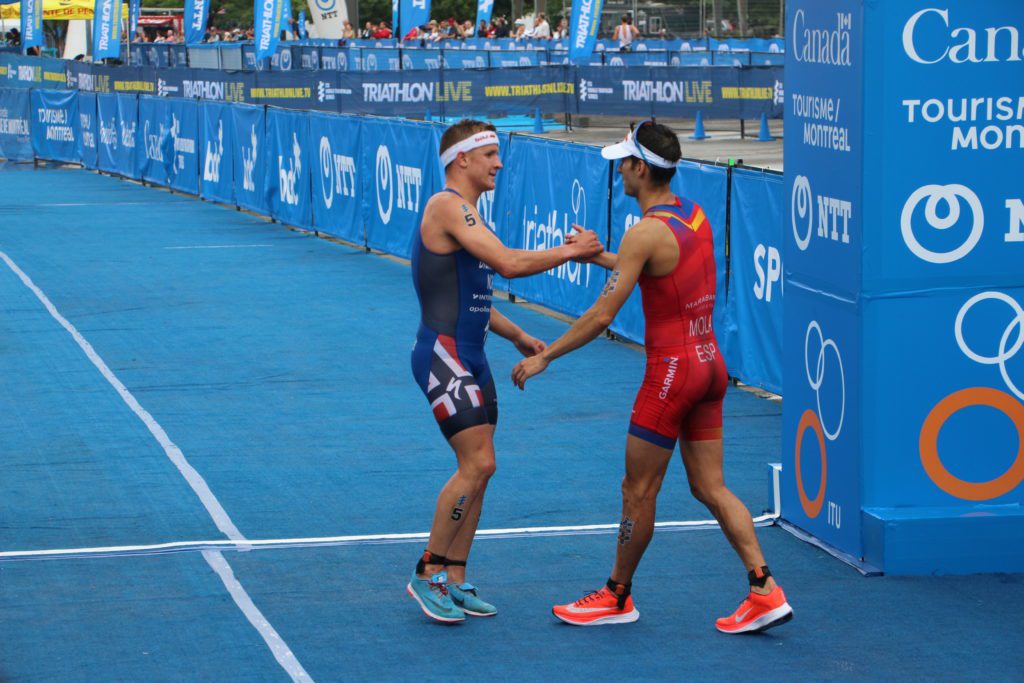 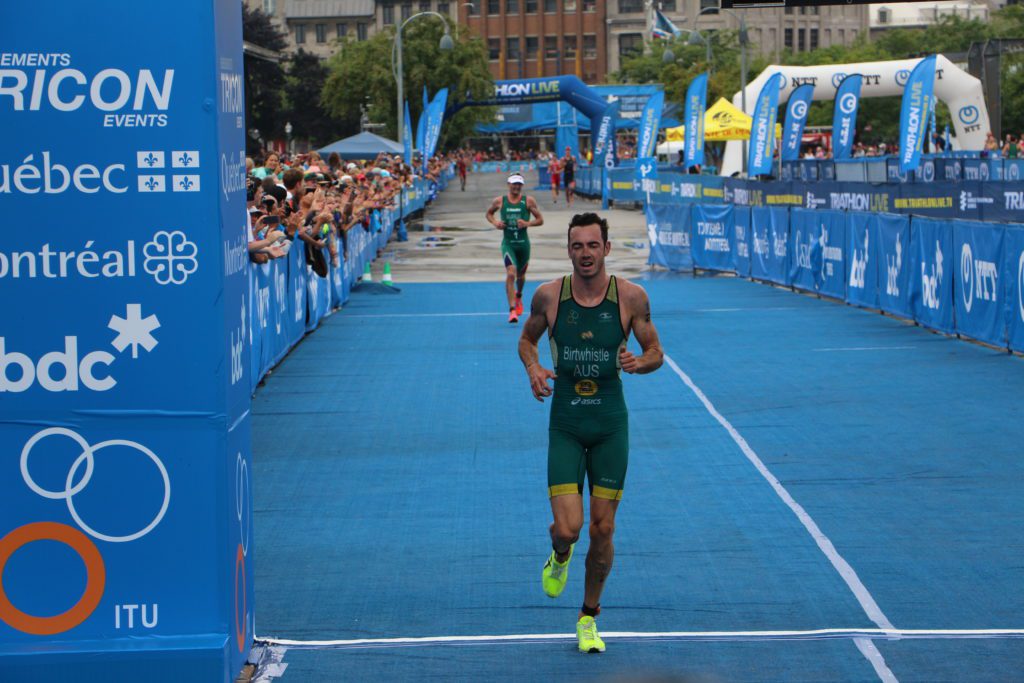 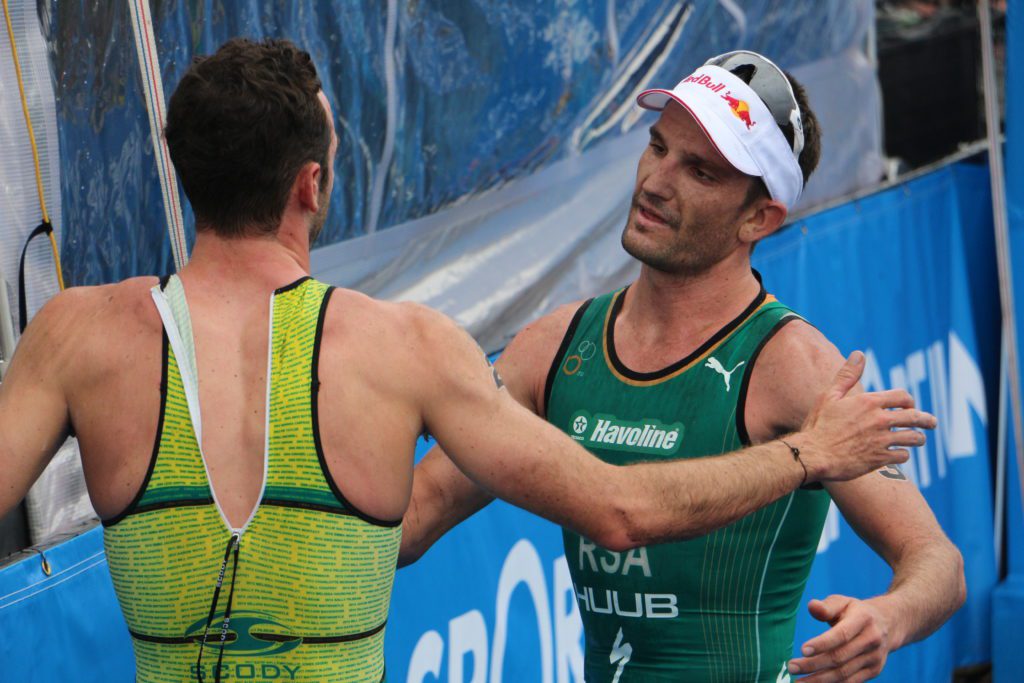 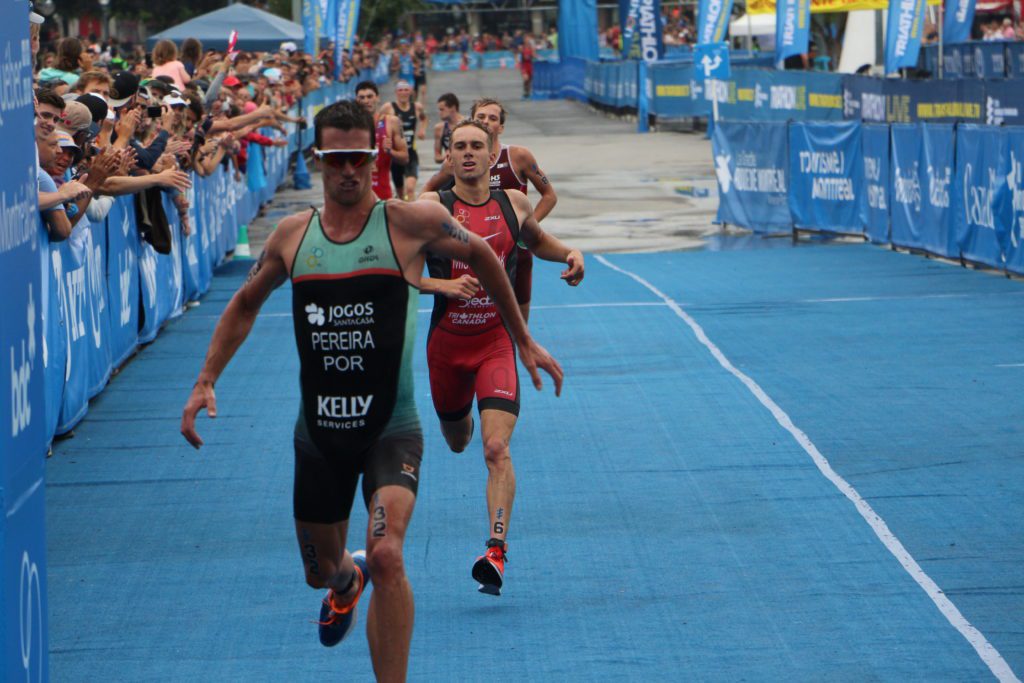 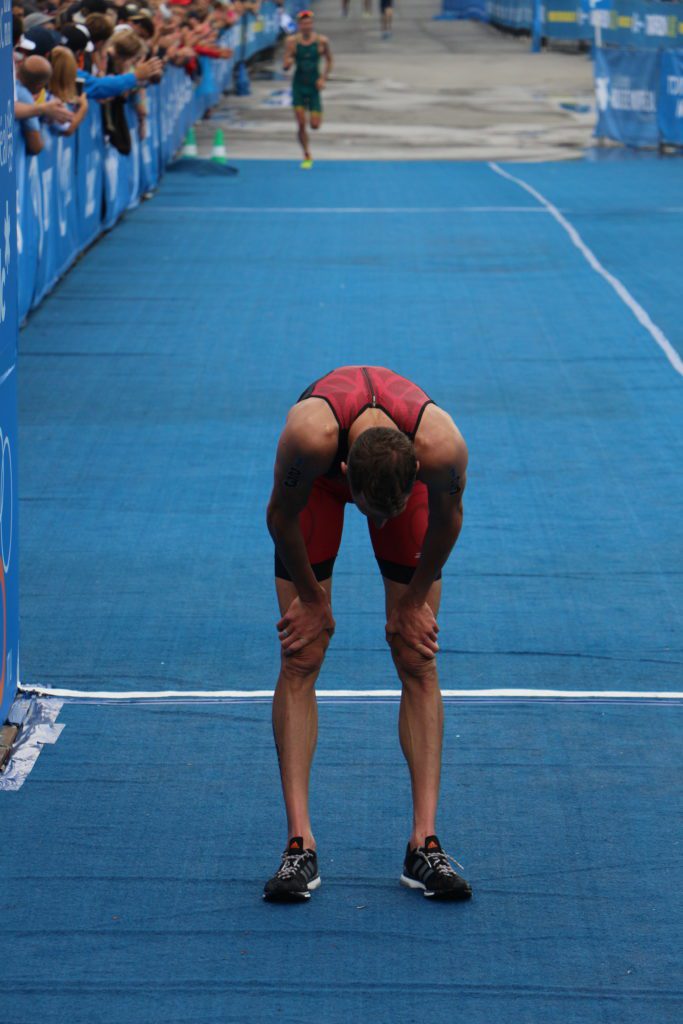 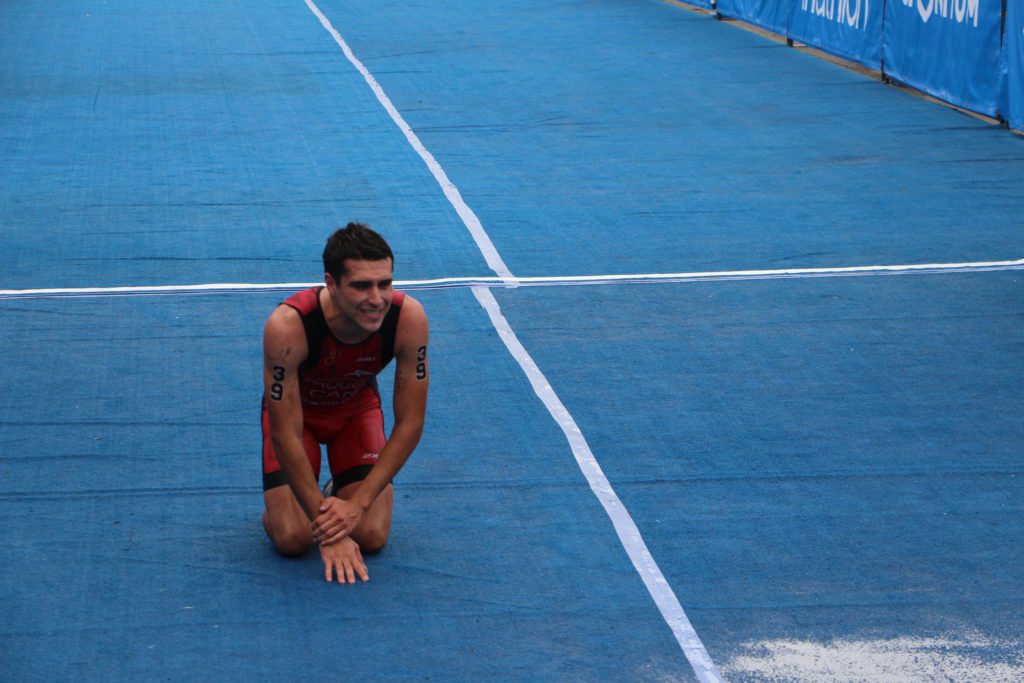 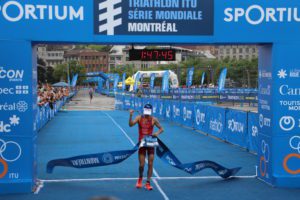 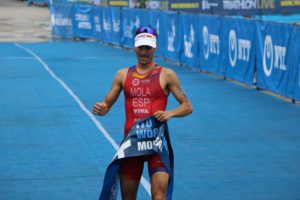 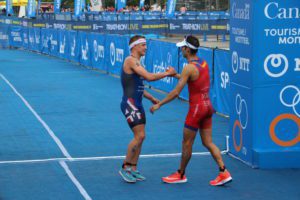 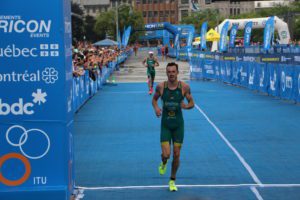 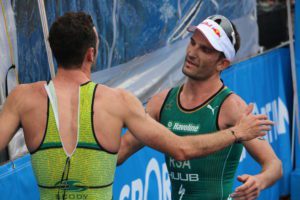 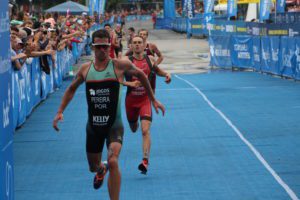 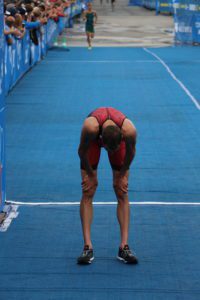 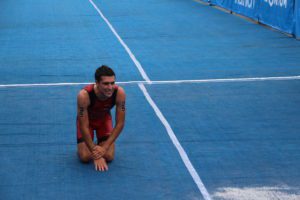