The ITU World Triathlon Grand Final is not only an elite race but a weeklong triathlon festival with age group, junior, U23 and paratriathlon races. Team Canada will be sending three U23 triathletes, six junior athletes and four para-triathletes.

The U23 team will be made up of Elisabeth Boutin, Charles Paquet and Martin Sobey. The native of Les Cedres, Quebec, Boutin will be making her U23 World Championship debut this weekend in Australia. In the Journal Saint Francois article, she shared the season has been difficult following a stress fracture late last season. “It hasn’t gone the way I thought (the season) … I had a foot stress fracture, and it forced a slow start.” Three weeks ago, Boutin raced in Montreal at the CAMTRI Pan America Cup and finished an impressive fifth in front of her friends and family. 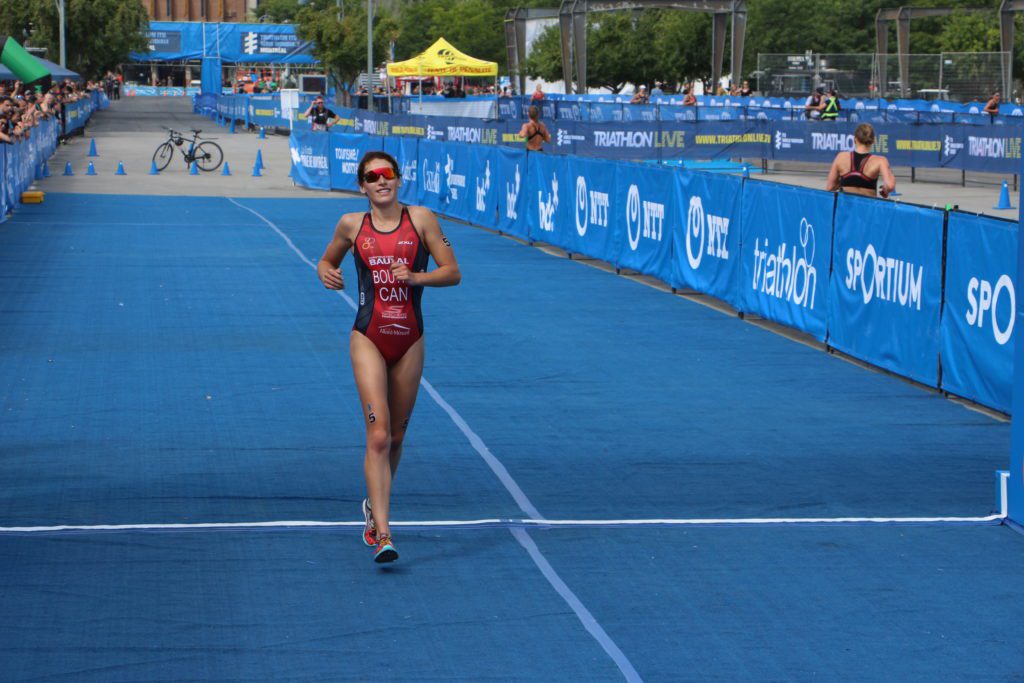 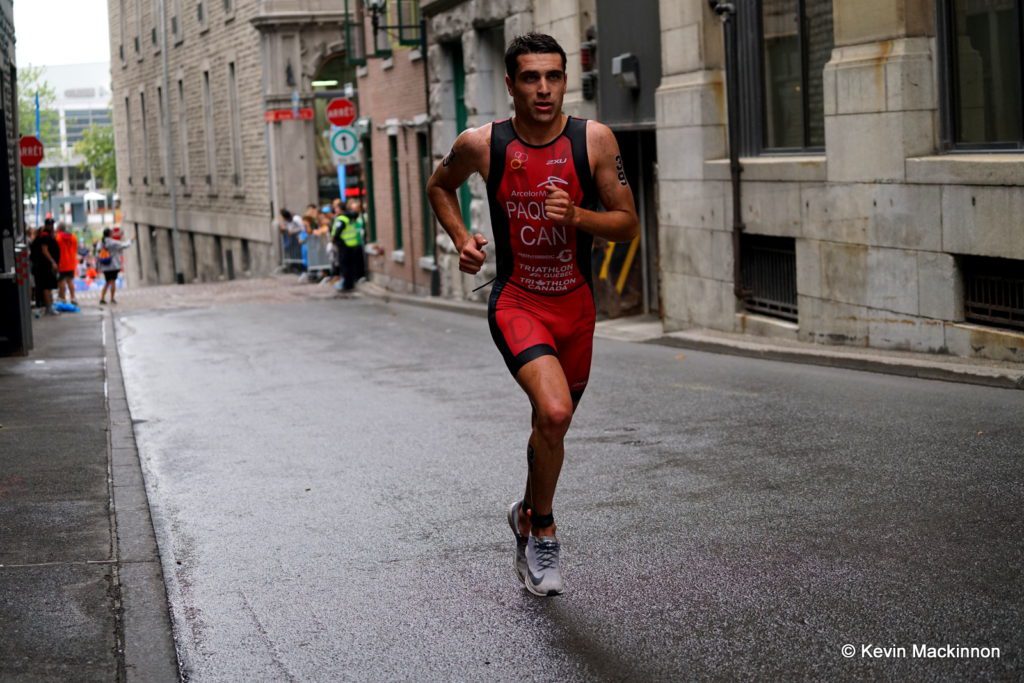 Charles Paquet racing in his WTS debut in Montreal, QC. 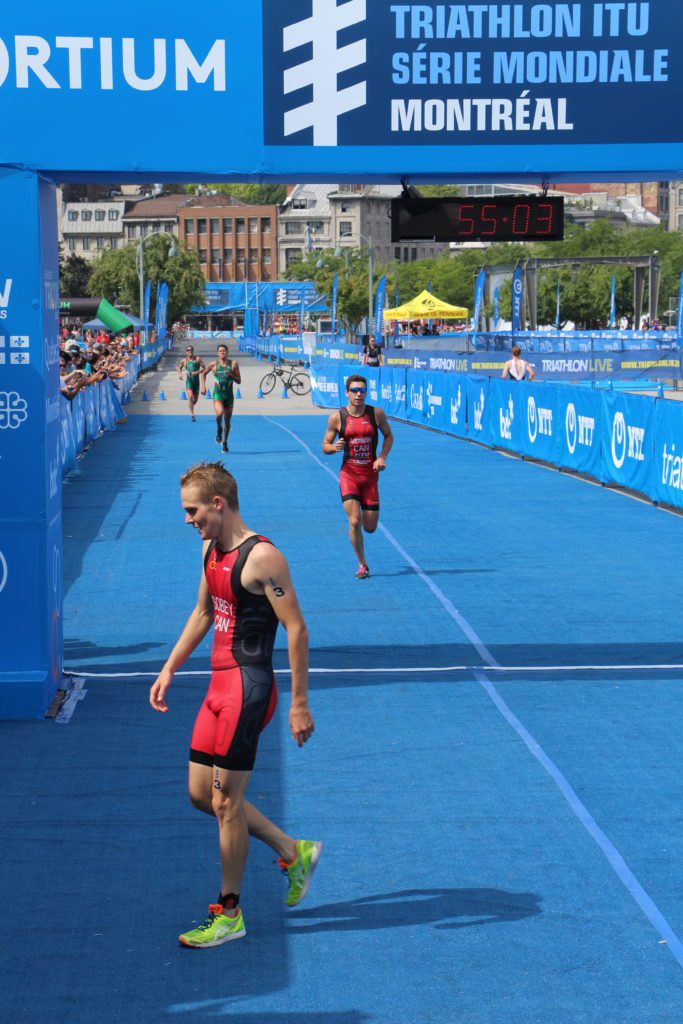 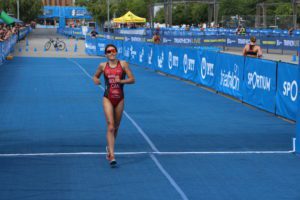 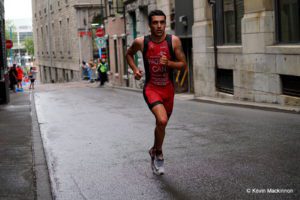 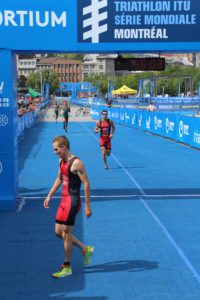 Fellow Quebecois triathlete, Paquet will be aiming for a high placing at in Australia come Saturday. The 21-year-old made his WTS debut in Montreal a few weeks ago. It took him no time to leave an impact on the race – coming out of the water in the top five and making the breakaway with eventually silver medalist Kristian Blummenfelt (NOR). Paquet will look to draw on his WTS experience as he races the world’s best U23 triathletes. Sobey will join Paquet in the men’s race. The PEI native will be making his U23 World Championship debut this weekend and will try to draw on his recent CAMTRI successes in Magog and Montreal to have a strong race. 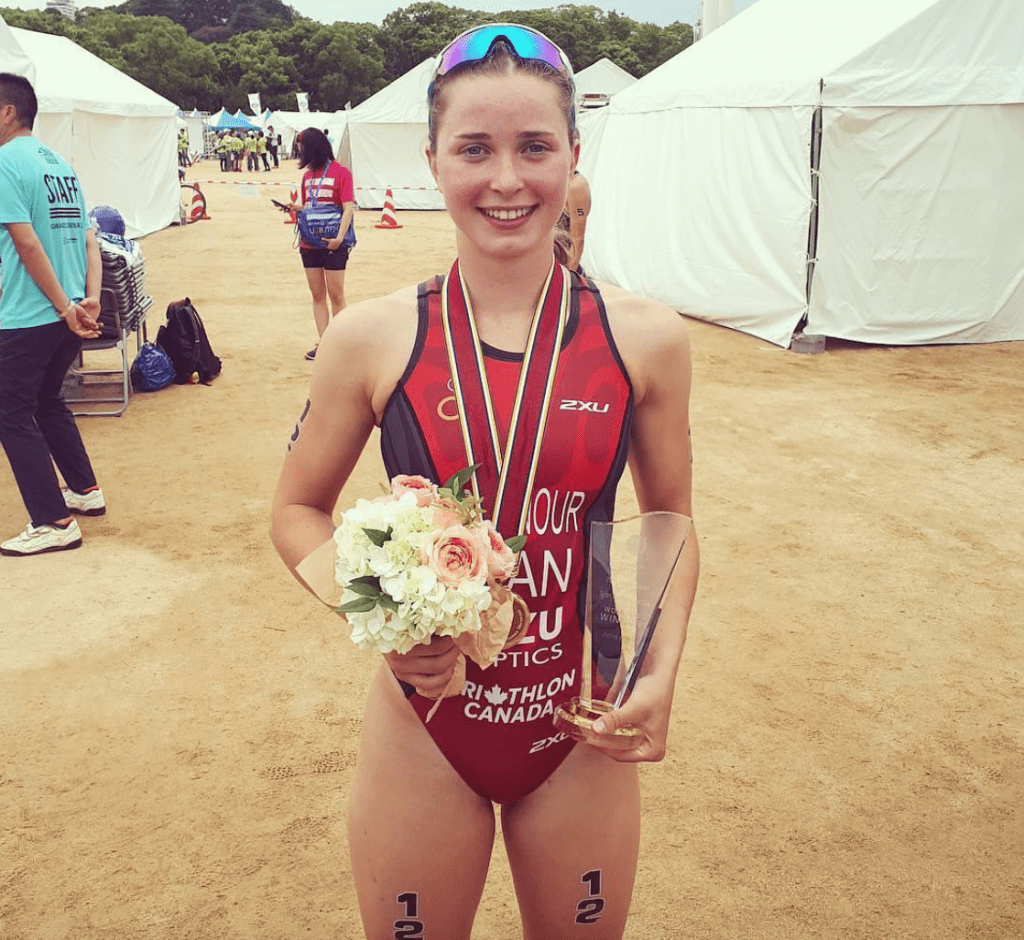 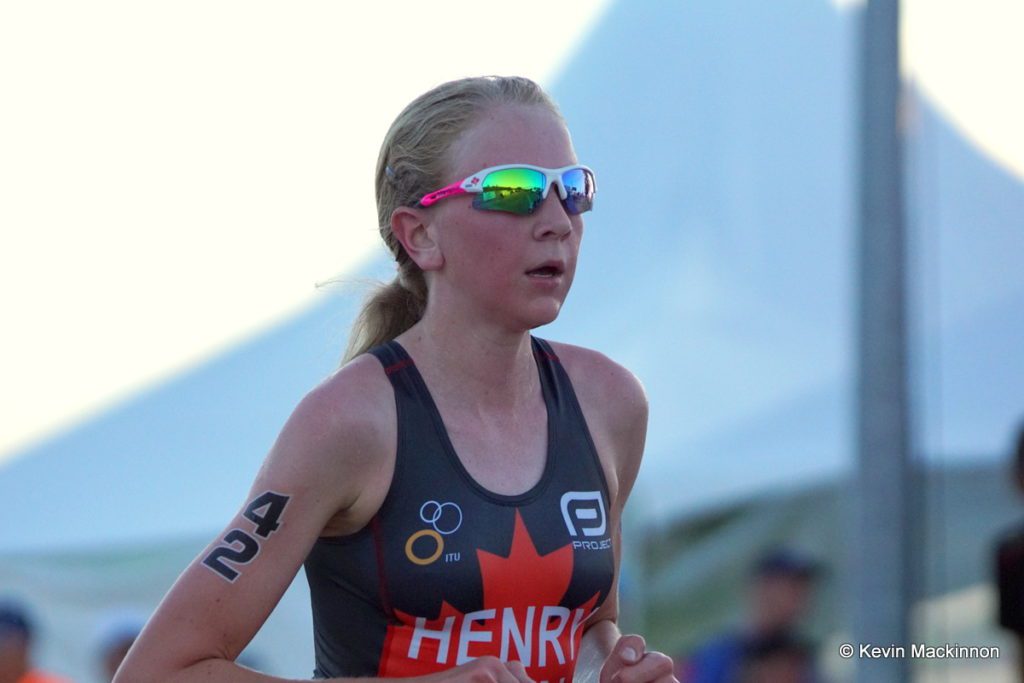 Hannah Henry ran her way to 12th in Cozumel. 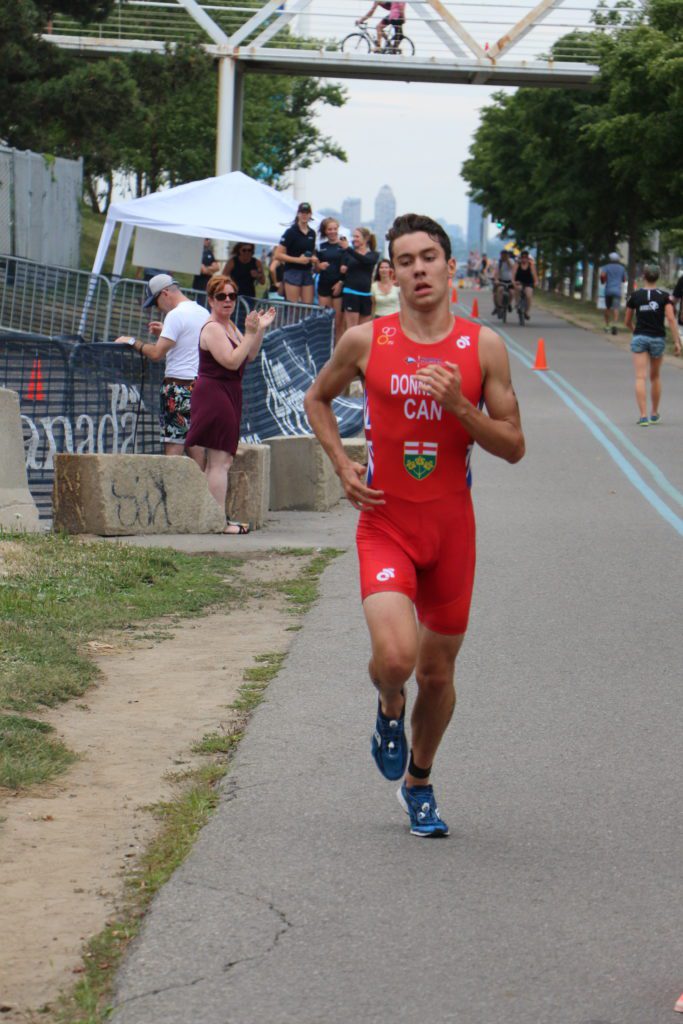 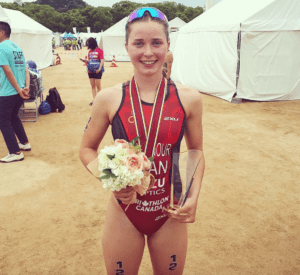 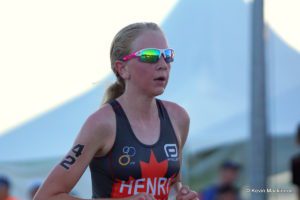 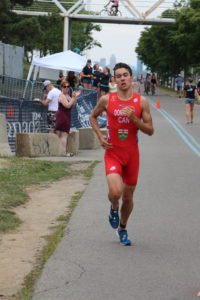 16-year-old Gupta-Baltazar maybe one the youngest junior’s in the field, but she’s a rising star in the junior ranks. Henry and Ridenour have been here before. Last year, Henry finished in the middle of the pack with Ridenour finishing in the top 10 (eighth). Marked as one of the favourites this year, Ridenour has been eyeing this race since her disappointing finish last year. “I was expecting more at Rotterdam, especially after finishing sixth the following year in Cozumel. The disappointing result has motivated me this season to aim for the podium in Australia.” Earlier this year Ridenour won her first elite women’s race in Osaka-Castle, Japan.

Hoel and Donnelly will be making their World Junior debut this weekend in Australia. The BC native, Hoel has had some high CAMTRI placing this year, most notably a seventh in Magog in July. Having spent most of the year training with the Guelph Triathlon Project, Donnelly has gained lots of experience this season. In July, he anchored Team Ontario to a third-place finish at the CAMTRI Triathlon Mixed Relay American Cup in Toronto, Ontario. And earlier in June, he finished fourth at the Brasilia CAMTRI Triathlon American Championships just behind Antoniades. Last year in Rotterdam, Antoniades finished 15th in the World Junior men’s race. This year he’s expected to contend for a top-five finish.

The Canadian paratriathlon team includes Jessica Tuomela, Jon Dunkerley, Kamylle Frenette and Stefan Daniel. Tuomela recently won the World Paratriathlon race in Edmonton, Alberta, and will be looking to improve upon her sixth-place finish in Rotterdam. Last season Dunkerely finished second at the World Championships and this year he will be aiming for the top step. A relative newcomer to paratriathlon, Frenette will be looking to race off her second-place finish in Edmonton behind the defending world champion Grace Norman. It’ll be Daniel’s race to lose in Gold Coast, Australia this weekend. The defending world champion had a great race in Edmonton and will be looking to hold off his rivals in the competitive PTS5 division. 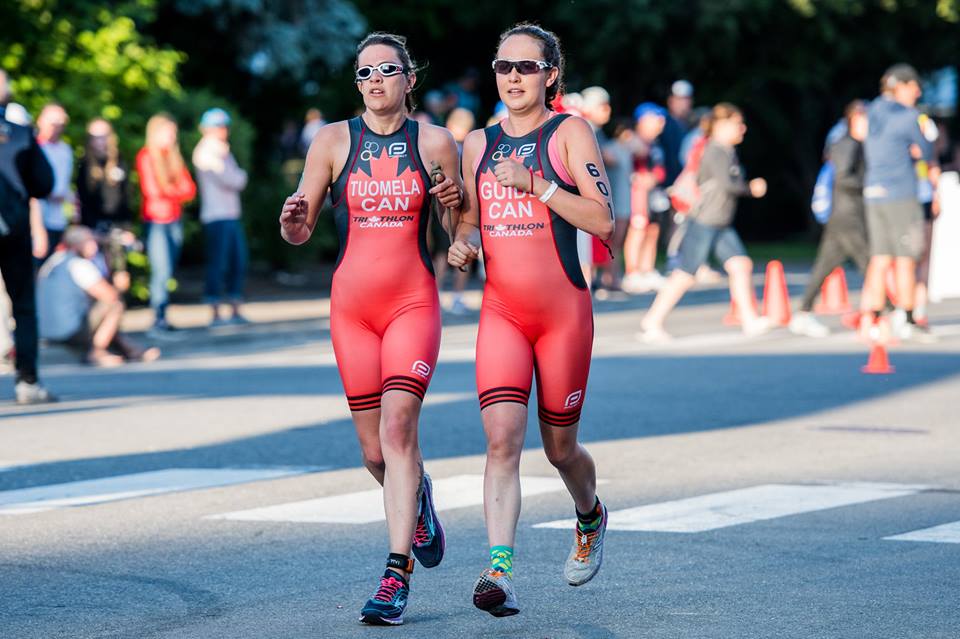 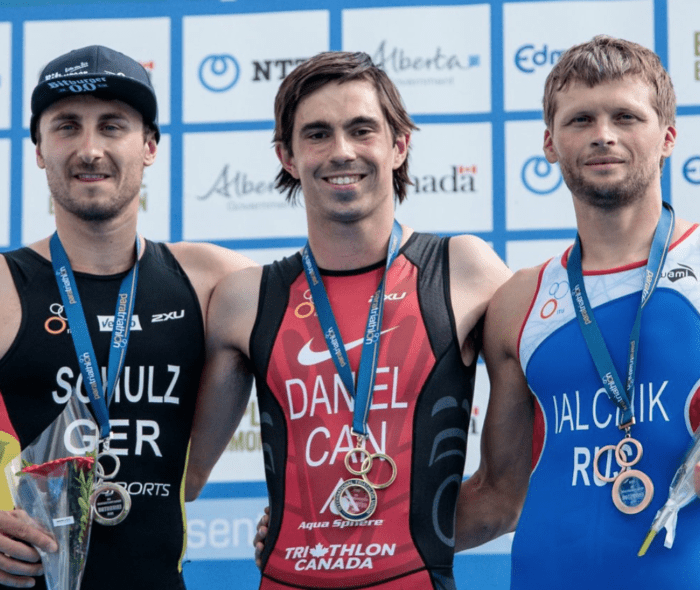 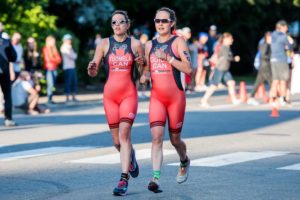 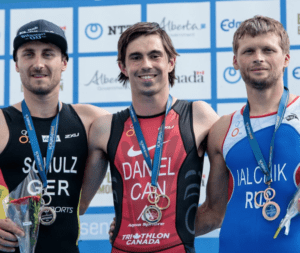