On April 30th, Garmin announced their new Forerunner lineup. An update to the previous series, the new Forerunner brings integrated music capabilities, full-colour mapping, and advanced training features to runners and triathletes in a GPS multisport/running watch. Headlining the release was the Garmin Forerunner 945. Despite visually being very similar to the 935, the Forerunner 945 includes several upgrades that make it a more triathlon-friendly watch. 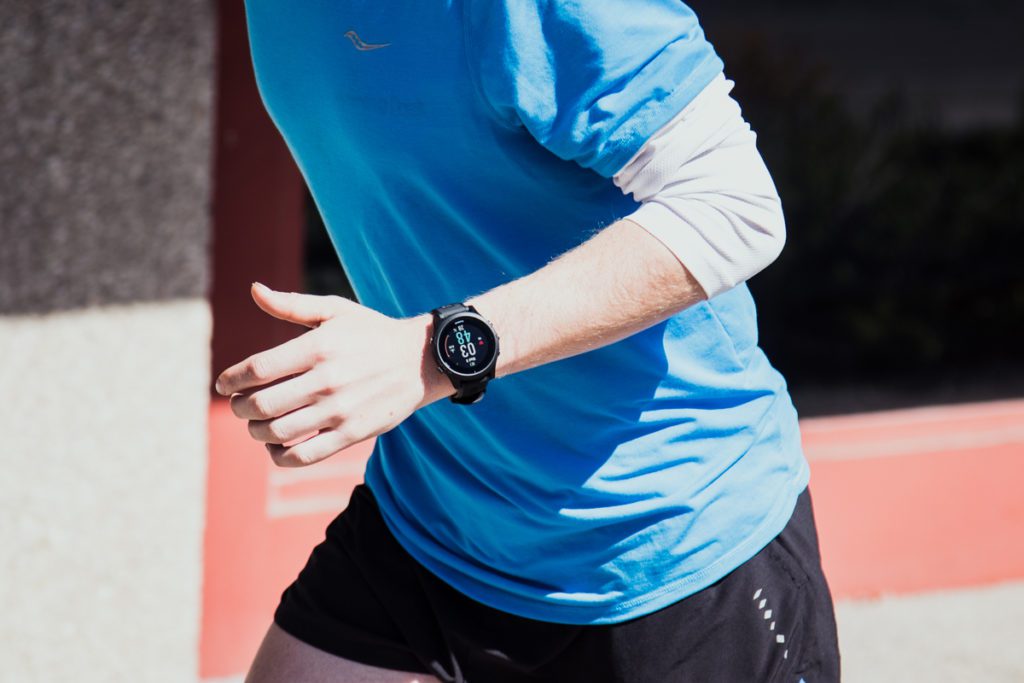 The Garmin Forerunner 945 is nothing flashy, yet it’s simple to read and navigate between watch faces and activity modes. The most noticeable changes are music integration, GPS and battery life function, navigation capabilities and training features.

Earlier in the year, Garmin announced music integration on select GPS watches, including the Fenix 5 plus and Vivoactive 3. This interactive feature is also built into the newest Forerunner. You can now download your favourite 1,0000 songs to the 945, all while not having to lug around a phone or dodge wires when you run. Worried about not having a phone on you? The Forerunner 945 has built-in safety and tracking features, including incident detection and assistance. In case of an emergency, you can also send real-time location updates to emergency contacts.

Related: Manage your stress levels with the Garmin Vívoactive 3

New to the Garmin is a switch to Sony GPS/GNSS chips – also used by Polar and Suunto. The switch to Sony allows for improved battery life. On the Forerunner 945, triathletes can get up to up to two weeks in smartwatch mode, up to 60 hours in UltraTrac mode and 10 hours in GPS mode with music – which was previously unheard of.

As a triathlete, one of the most compelling features of a new GPS activity tracking watch is the training features. Some of the features I’m most excited to explore are the stress tracking, body battery and post workout training effect analysis. Following a workout, the Forerunner 945 will notify you of the sessions training load focus. This is done through a series of algorithms which use the stats from your workout and training history. With this feature, Garmin is then able to assign a training load focus score to you for the last seven days. In the short time that I’ve used the Forerunner 945, this has helped me manage my effort between runs and other sessions – like the pool, bike and gym.

With little time between unpacking the watch and this “first look,” I’m curious to explore all the features present in the Garmin Forerunner 945. Be sure to follow up later in the summer for a more in-depth review of this Garmin.