Last weekend, Cassandre Beaugrand, a member of France’s bronze-medal relay team at the Tokyo Olympics last year, returned to her running roots at the Meeting Elite de Miramas. It was the 24-year-old’s first indoor elite race and her first elite track meet since 2017, where she’d set her personal best of 9:08:54. A five-time junior national cross country champion, Beaugrand will be one of France’s big hopes at the 2024 Olympics in Paris, and based on her impressive run this weekend, she appears to be on track to give the French crowd what they want.

That run got us thinking about some other fast run times posted by triathletes:

Remember the race that sent a message to the world that the Asics Metaspeed shoes would provide some competition to the Nike dominance in the world of carbon-plate shoes? Great Britain’s Beth Potter, a former national team runner, blasted to what would have been a new world record for 5 km on the road had the course been certified. It was hardly a surprise to see Potter running so fast – she represented Team GB at the Rio Games in the 10,000, and was at the 2018 Commonwealth Games for Scotland in both track and triathlon.

Beaugrand finished fourth in her return to track racing last weekend and was the top French athlete in the field.

To give you an idea of just how fast that is, until Canada’s Gabriela Stafford shattered the Canadian record over the distance last weekend with her 8:33:92, the Canadian record for the event was 8:46:50. And Stafford doesn’t have to worry about any bike or run training. 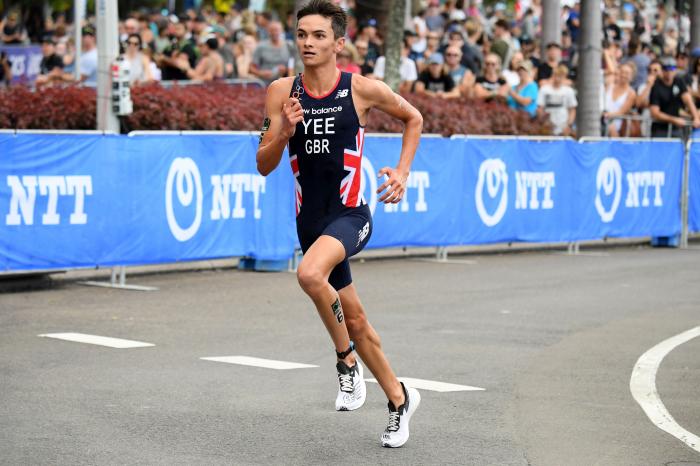 Before his heart problems dealt a cruel blow to his Olympic preparations, South Africa’s Richard Murray put together some incredible run splits in training in the fall of 2020 as he was preparing for the games. Amongst those was a solo 10 km time trial run in 28:04. It was the 13th fastest time of 2020, but also the third-fastest in South African history. It was unofficial, of course, but certainly served notice that he was amongst the country’s best runners.