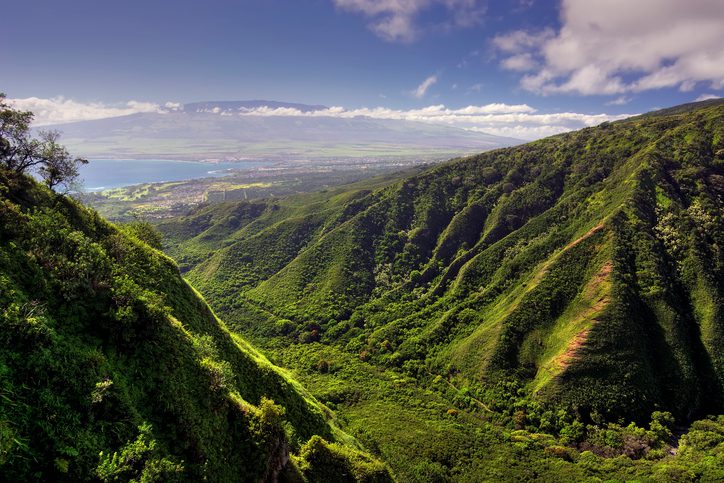 Xterra, much like the Ironman-branded triathlon distance, is a brand name that organizes over a hundred off-road triathlons around the world. Its first race was held on November 3rd, 1996, and every year since, Xterra has hosted the world championships on the Hawaiian island of Maui.

The course “is brutal”

With its trade winds, Maui West Mountains and unpredictable rains, the Island of Maui offers some of the most challenging race conditions. The off-road triathlon includes a 1.5K swim out of Honokahua Bay, followed by a 32K mountain bike ride that climbs over a 1,000 metres – going up and down the Maui West Mountains. Then it’s a 10.5K run across forest trails, rocks, roots and sand.

The elite men’s and women’s race features some of the sport’s biggest names.

On the men’s side, the past two world champions, Bradley Weiss and Mauricio Mendez, are on the start list and are expected to contend for the win. Wiess and Mendez will be challenged by Rueben Ruzafa, a two time Xterra world champion. Ruzafa has also been the most consistent Xterra performer, having been on the podium every year since his first win in 2013.

On the women’s side, Flora Duffy, the four-time Xterra world champion will not be competing for her fifth consecutive title this weekend. That leaves the door open for a new name to take the world title. Name’s too keep an eye on this weekend are Lesley Patterson, a two time Xterra world champion and most recently the runner-up in 2016. There’s also Suzie Synder, who was third in 2016.

Canada has a rich history in the off-road triathlon world in large part thanks to Melanie McQuaid. McQuaid is a three-time Xterra world champion (2003, 2005 and 2006) and a two time ITU Cross Triathlon world champion (2011 & 2017). The Canadian will be racing this weekend and will be looking to use her bike strength to earn a top placing.

The men’s side features Karsten Madsen, a podium hopeful

On the men’s side, the hopes of Canada will rest on the shoulders of Karsten Madsen. This year, Madsen has rebounded from a challenging 2017 season to reach seven podiums and a victory at Xterra Uruguay. After a fourth-place finish at the Xterra Pan Am Championship in September, Madsen made Whistler, BC, his training base for the worlds. “It’s been a long year with a lot of travel. So, for the final push of the season, I wanted to be in my favourite place in the world. It has pumped a lot of energy into me and has really filled my jar.”

After all the preparation, Madsen is feeling fit and ready to put up a fight. “I’ve been working hard, and my fitness has come into form. Even more, I’ve worked harder to get to a new level of race weight. I’ve dropped 8 pounds and my power to weight ratio is where it needs to be, because in Maui, the power to weight ratio is literally everything.

After a rough 2017 season, Madsen has enjoyed his 2018 success and more importantly, has achieved a new perspective. “This year has been a dream. I didn’t think I would still be racing anymore, so everything this year has been astounding. I’ve put to bed a lot of self-doubts I’ve dealt with. But I don’t forget it. I try to use the pain I’ve been through personally use to drive me forward in racing.”

With the right mindset heading in, Madsen is ready to give his best and see where the chips fall. “There are so many guys that can compete for the win on any given day. So, every step will be a battle. I know what I’ve done work-wise and what I’m sacrificing to pursue this, so I for sure expect a good performance and will battle to be a factor on the day.”