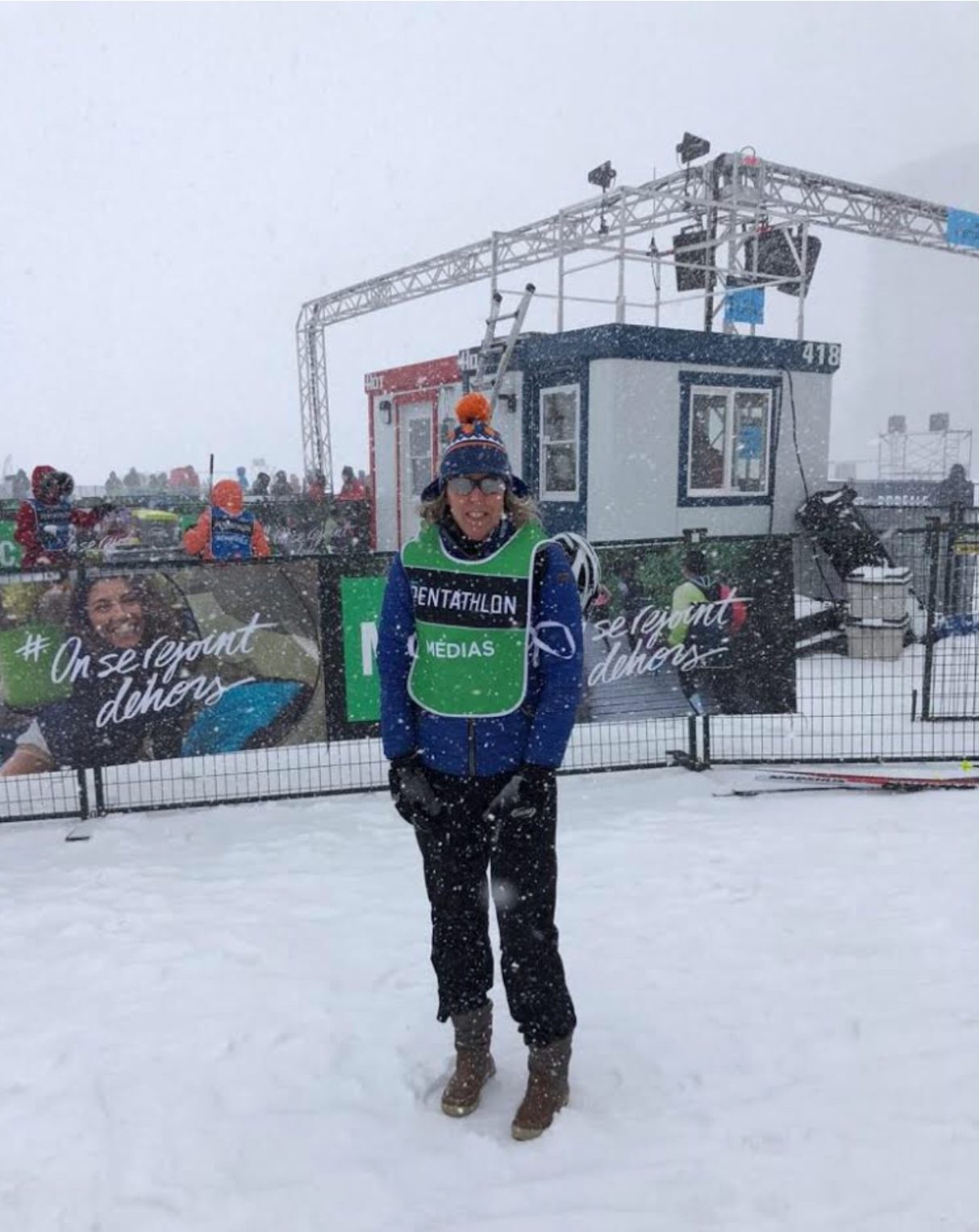 A temperature of -6C isn’t that crazy when you live in Québec, but for someone who lives on Canada’s west coast, it is pretty cold. And when you throw a fierce wind in the mix, minus six suddenly feels like minus fifteen. I am one of the thirty participants in the sprint triathlon. I’ve never run with snowshoes, it has been a year since I have skated – I am Dutch so I just rely on my genes here – but my biggest worry is the skate skiing. I know how to classic ski, but skate skiing is new to me. So I took a lesson and here I am in Québec, to challenge myself in a winter triathlon.

Waiting at the start line in the Plaines of Abraham in Old Québec I am shivering in the cold wind. Or is it just nerves? Anyhow, I am happy when we can start the run. Running with snowshoes in the snow feels a bit like running in sand. It is hard, but the good thing is that you warm up pretty fast. Since I am a winter triathlon rookie, I choose to do the sprint distance – although I thought about doing the full at first. “Skate skiing is a technical sport. Why don’t you do the sprint first, have fun, and do the full distance next year,” wrote organizer Francois Calletta to me in an email. So I decided to take his advice and with the challenging conditions I am glad I did.
After 1.5 km of running up en downhill in the snow, my biggest challenge starts: put on my skates and tie the laces without my gloves on. It must have been my slowest transition ever when I finally stagger on my skates through the snow to the ice rink. My legs feel unsteady on the ice at first, but after a few rounds, I get the hang of it. My left skate is too loose, but I don’t want to stop and tie my laces again, all the while wishing I had borrowed skate ski boots with blades. After fifteen rounds – battling against the wind one way and pushed forward by it the way – it is time to undertake the skate staggering back to the transition zone. 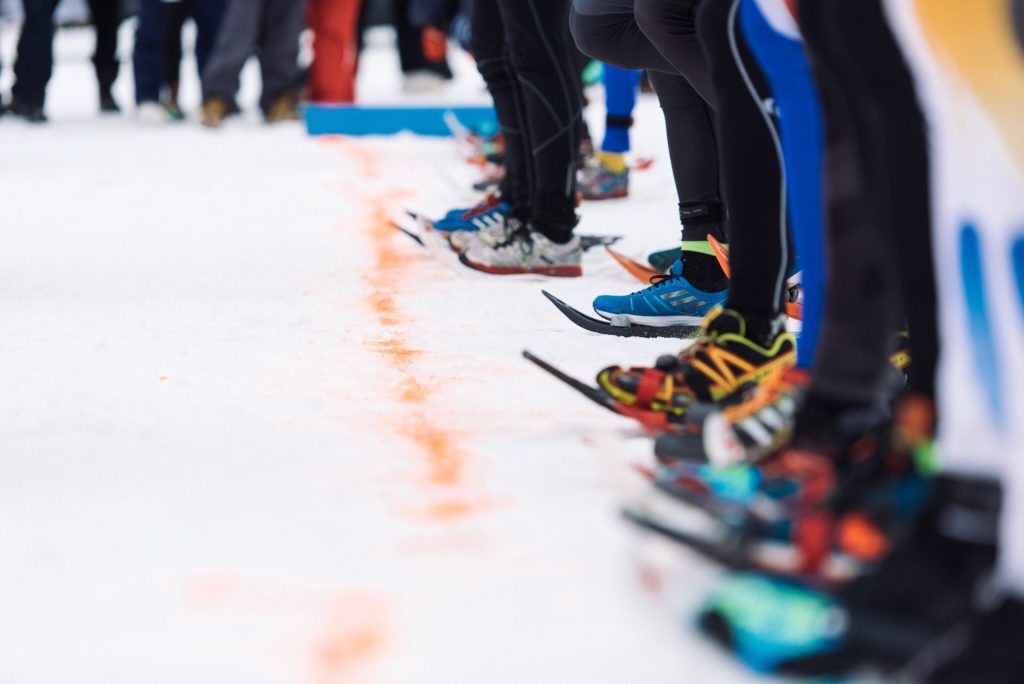 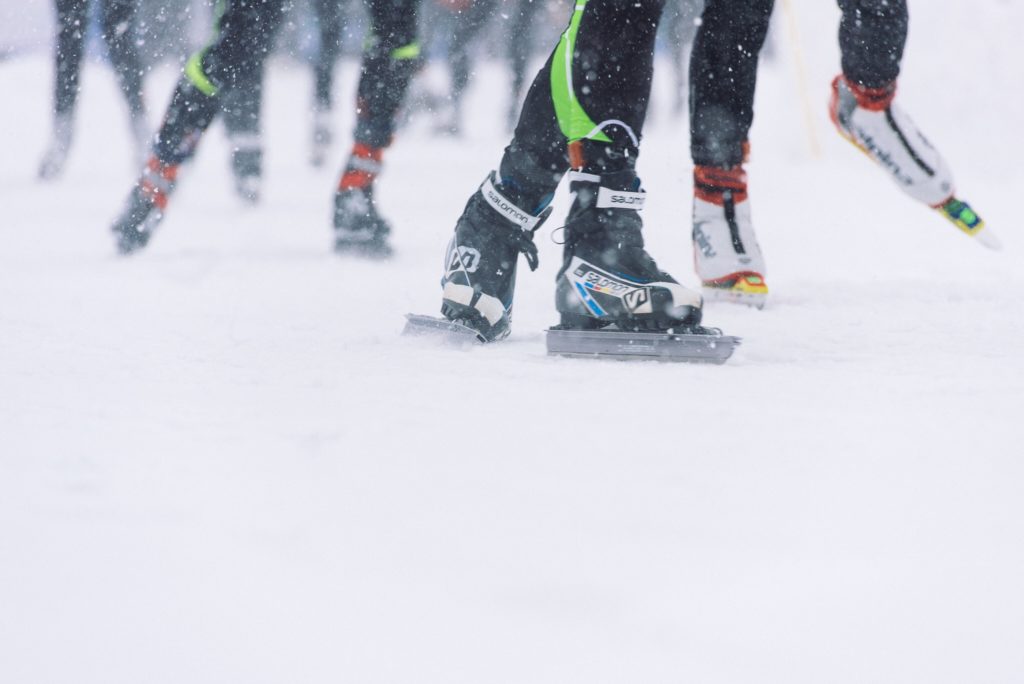 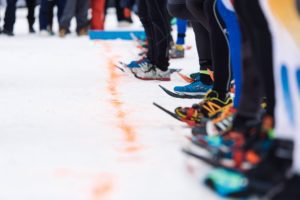 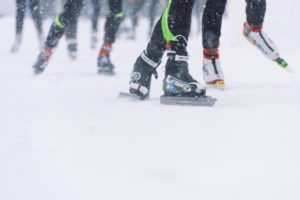 I put on my skate boots, grab my poles and skis and run out of transition. I pre-skated the loop the day before, but since the temperatures dropped overnight, the track is icy, which worries me a bit. We have to skate up a little bump and I am off to great start when I lose my balance at the top and slide down on my bum. The first part of the loop is pretty flat, but even going down is hard with a full force headwind blowing in your face. Halfway there is a climb and at the top things get easier when I turn back and the wind is in my back. I crash one more time half way and – of course – ten meters before the finish. But I have a huge smile on my face when I cross the finish line: relieved that I made it back, proud that I did something that is way out of my comfort zone and determined to work on my skate skiing so I can come back one day to do the full distance.

More than 5000 people participated in the Pentathlon des Neiges – the biggest multisport festival in the world – last week. The ITU introduced a new format of the winter triathlon – snowshoe running, speed skating and cross-country skiing – in Québec in the hopes to get the sport to the Olympic Winter Games. The ITU Winter Triathlon World Cup (5K running, 11K skating and 9,5K skiing) was won by Canadian Maxime Leboeuf and Lovisa Modig from Sweden. You can read more about the ITU Winter Triathlon World Cup in Québec in the next issue of Triathlon Magazine Canada.

Marcia Jansen is a Dutch journalist and a two-time Ironman.