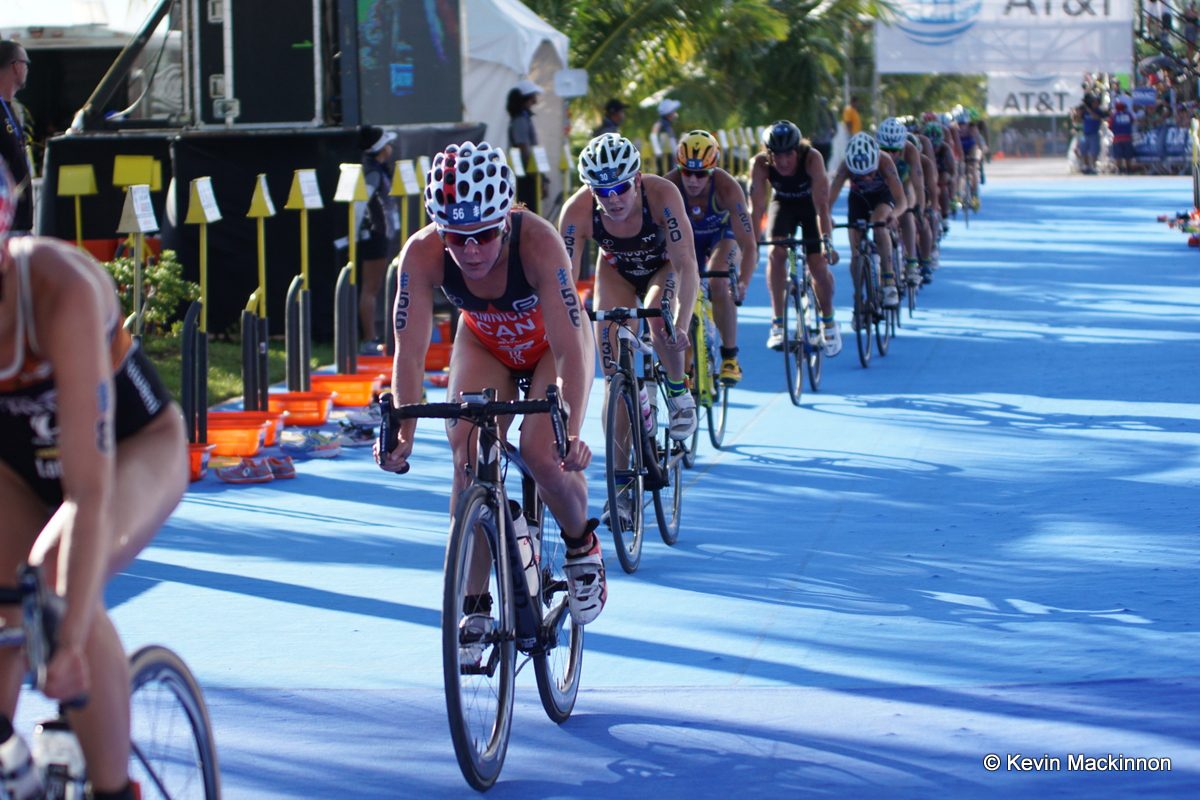 Last week, the triathlon world received big news that the ITU wants to adjust the format of the sport at future Olympic Games, including Tokyo 2020. While there was initially some confusion from news sources about the nature of the format adjustment — early reports claimed the triathlon could switch from an Olympic distance to a sprint, while the ITU later said they were considering adding an additional sprint race to the existing Olympic — the story sparked several reactions from ITU pros on social media. Some expressed support for the idea, others were vocal about why they disliked it.

Maybe Non draft Olympic Distance should be brought back .. guess all variables will bring a new feeling to sport .

it's like replacing the marathon w10km bcause it's not fun to watch? Then endurance sport isn't endurance anymore

I spoke to some Olympic-hopefuls to get more in-depth thoughts on this potential format change. Here’s what they had to say.

“I think a sprint distance triathlon could add an interesting aspect to the Olympics. If it were to replace the standard distance triathlon, it would change the tactics of the race. I would argue it would not be much faster, but it would make any mistakes much more costly. It would also be a great compliment to the mixed team relay, which I think is the most exciting format in triathlon.

“I am very divided on the issue. On the one hand, It’s sad that the history of triathlon is, for commercial reasons, changing, but on the other hand, this distance allows much more rivalry between all the triathletes.

“I completely understand the media, viewership, and publicity point of view. Shorter races keep your attention and, I’ll admit, watching a huge pack of 70 men or women cycle around a 40km bike course isn’t always the most exciting thing to watch. Sprint races are faster, break-aways on the bike have a higher potential to stick, and high risk moves tend to payoff because you’re only racing for one hour instead of two. However, splitting the race distance in half takes away some of the challenge in training and in racing the Olympic distance. At Rio, the average age of the women’s podium was 31.3 years and the average age of the top 20 was 29.6 years. I wonder, how much we would see that change if the distance were to be cut in half? I think the Olympic distance forces you to be a well-rounded athlete and rewards those who have put in the dedicated hours and the years of work. A sprint isn’t the same endurance feat as an Olympic. Racing for two hours is very hard. I want to see triathlon grow, but I don’t know if changing the Olympic distance is the solution. Many athletes, including myself, are drawn to triathlon because of the endurance challenge and the puzzle that it presents. Putting all of the pieces together for an Olympic is a huge accomplishment, and it’s an accomplishment that many athletes strive to achieve during their careers.”

“This is a tough one, on one hand you have sprint distance which is more exciting for the majority of the audience and even the athletes. I know many people coming up to me saying they switch the TV off during the bike and come back in an hour and it’s still the same. That’s why I think they want to switch it, and I have no problems with that. On the other hand the Olympic distance is a true test of a triathlete. You have to pace yourself or you find yourself like Jonny Brownlee did at Cozumel Grand Final this year! You can fake a 5 km run at the end of the swim and bike of a sprint distance but you can’t fake 10 km after 1500 m swim and 40 km bike. So I can see both sides.  I think it is a good move, but if there was anyway they could have both, that would be the optimal outcome.”

I find myself with a similar opinion as Doddsy. I think if they could add the sprint and the mixed team relay to the Olympic programme then it would just provide more opportunities to showcase the sport to the world. I can definitely empathize with those who don’t want to get rid of the full Olympic distance — it’s part of the history!

If the ITU really wants to innovate, maybe test out world cup races similar to the Australian F1 series where the athletes competed in fast and dynamic race formats like swim/bike/run/swim/bike/run? Or, just introduce a new hour-long race format with equal time swimming, biking and running?

More on that later.