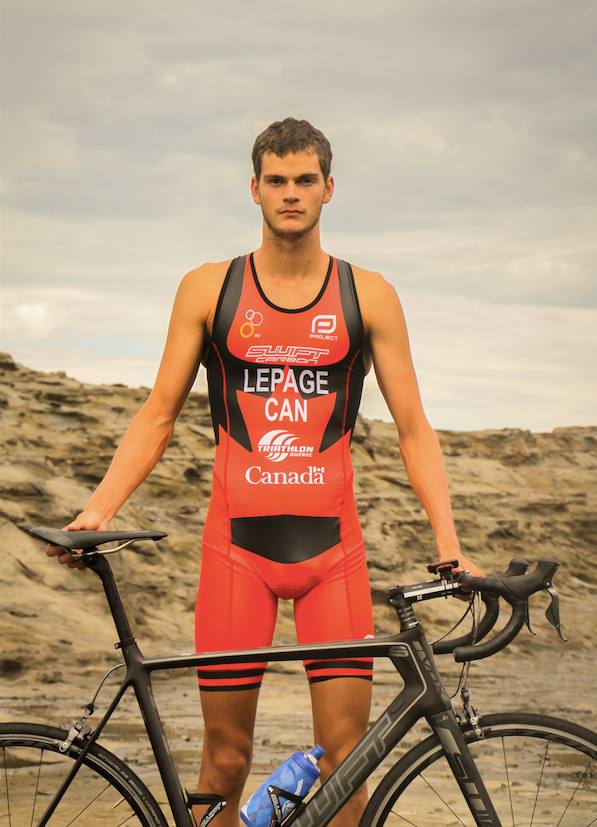 What distance in triathlon do you compete at? Sprint and Olympic distance on the ITU circuit

Where are you from? Montréal

Top Results: Seventh at U23 world championship in 2014

How did you start racing triathlon as a professional? I still don’t think I’m a professional triathlete. At the moment, triathlon is costing me more money then the income I earn from it. I started getting more serious in the summer of 2014, when I first join the Wollongong Wizards under coach Jamie Turner.

Your first ever race? My first triathlon was the Triathlon of Gatineau back in 2015.

What are you looking to accomplish this year? My goal is a top three finish at the U23 World Championship. I will also be looking for a couple of good results in world cup and WTS races.

What happened at New Plymouth ITU World Cup this year? You had a good swim but did not finish the bike? I have had a knee injury since early March which was acting up in the race so I pulled out and plan to be ready for the next race.

Where are you based for training? It varies. This year, in the month of January I was in Falls Creek, Australia. Then in February and early March I went to Wollongong. I was in New Plymouth for three weeks and now I’m back in Wollongong until May. Then I will be off to Spain until the middle of July. After that I will be in Quebec for the rest of the year and will do a couple of races and training camp.

Are you going to be doing any WTS races this year? Hopefully. I’m not sure which ones, but I really want to continue my progress in the WTS series.

What is your favourite Colour? Blue

What do you do to relax in your free time? I cook and read newspaper