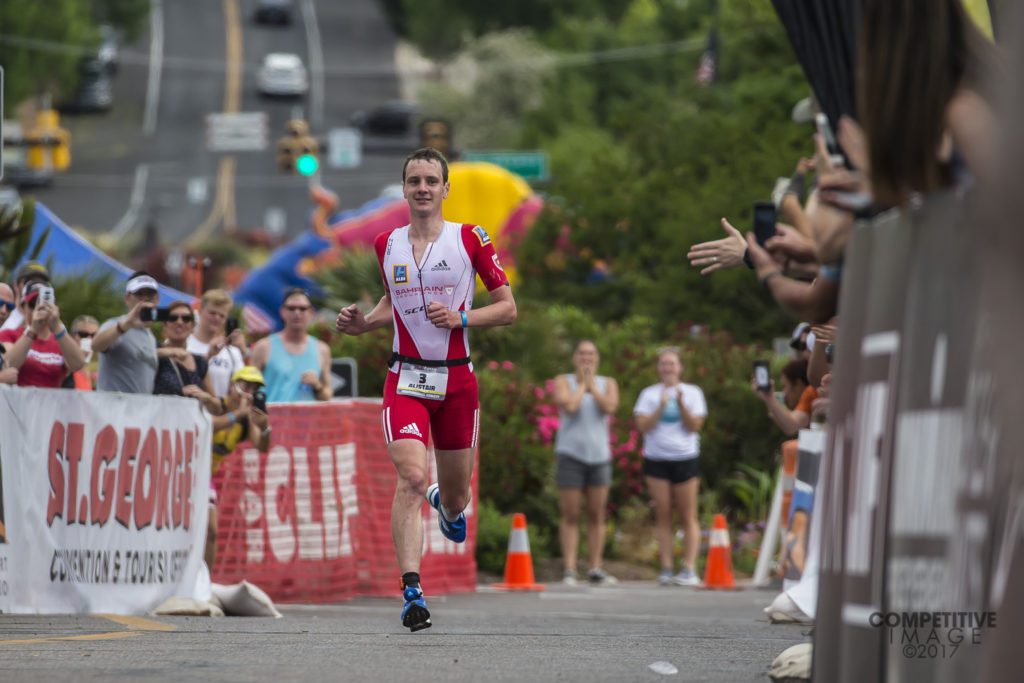 — By Alexandre Saint-Jalm, editor-in-chief of Trimes. Translated from French by Claire Duncan.

Draft-legal triathlon has many critics. Some think that as long as drafting is allowed, success in a race depends solely on the athlete’s ability to run. In other words, the first two disciplines of triathlon serve no purpose. Furthermore, Jan Frodeno’s early days on the Ironman circuit, he mentioned a kind of lack of recognition for his Olympic title. He had to win Kona to achieve true recognition in triathlon.

As we see ITU stars like Alistair Brownlee and Javier Gomez moving up in distance, it begs the question — how will these athletes challenge the reigning champs, many of whom don’t have an ITU background, and what kind of legacy will they leave on the sport?

In the case of Brownlee, his double Olympic title should already allow him to be considered the world’s greatest triathlete. Yet, in the eyes of some, only a victory in Kona will allow him to be eligible and join legends like Dave Scott and Mark Allen.

Alistair Brownlee has a deadly race style that has carried over from his ITU dominance and made him equally as untouchable in the two non-draft races he’s won so far this year. He demolishes the swim, hammers the front on the bike, and is talented enough on the run to clock faster times than almost the whole field. As an athlete with remarkable and balanced skills on the swim, bike and run, it makes the race decisive from start to finish.

Well aware of his strength, he is intimidating to the point that for his opponents, few really think they can beat him. Moreover, his words are often chosen accordingly in order to maintain this status. His victories are never surprises in his eyes and few people seem to gain his respect. Only he can win a race and dare say he has not given everything…

Now in the early days of his non-drafting career, Brownlee has made a strong statement from the start.

His performance at Ironman St. George 70.3 is simply a reflection of his dominance in ITU. Control of the race never escaped him. From the beginning of the bike, he set a rhythm in order to discourage competition. This is the basis of his success — never let his opponents believe in their luck — and set a pace that will not allow super cyclists (like Lionel Sanders and Sebastian Kienle) to easily outride. Let us remember that when Kienle won his world titles (2 x 70.3 and 1 x Ironman), he was perceived as a cyclist far better than the lot. In his first victory in Las Vegas, he had simply “outbiked” his opponents by more than five minutes. Since then, the pros have had to adjust to a new standard.

But after all, the message is always the same — if Alistair is 100%, he will be untouchable. Probably only a Jan Frodeno could benefit from a lack of British experience on the 70.3 scene. We’ll should have the answer in two weeks. The German is set to race Ironman 70.3 Barcelona, and  Brownlee has decided to come face to face, as if he wanted to quickly dislodge Frodeno from his other throne.

For all those who already saw athletes like Sanders or Frodeno as unbeatable, Alistair will probably set the bar even higher. By winning the race from A to Z, he demonstrates that he already has mastered his subject, but above all, that he has no reason not to dominate full Ironman racing, too.

So, how to explain its success? Obviously there are several tracks. Undoubtedly, he has an unconventional confidence level, but also a more complete athletic profile. In fact, he simply challenged all the so-called established notions in terms of practice, distribution and volume level.

Moreover, when you see the success of Non Stanford and Vicky Holland, who also trained in Leeds, you can see that the British system has developed a unique know-how. Let us not forget that triathlon is not a highly developed sport and there is still much to be done in terms of knowledge.

How far he can push his limits, still remains a question.