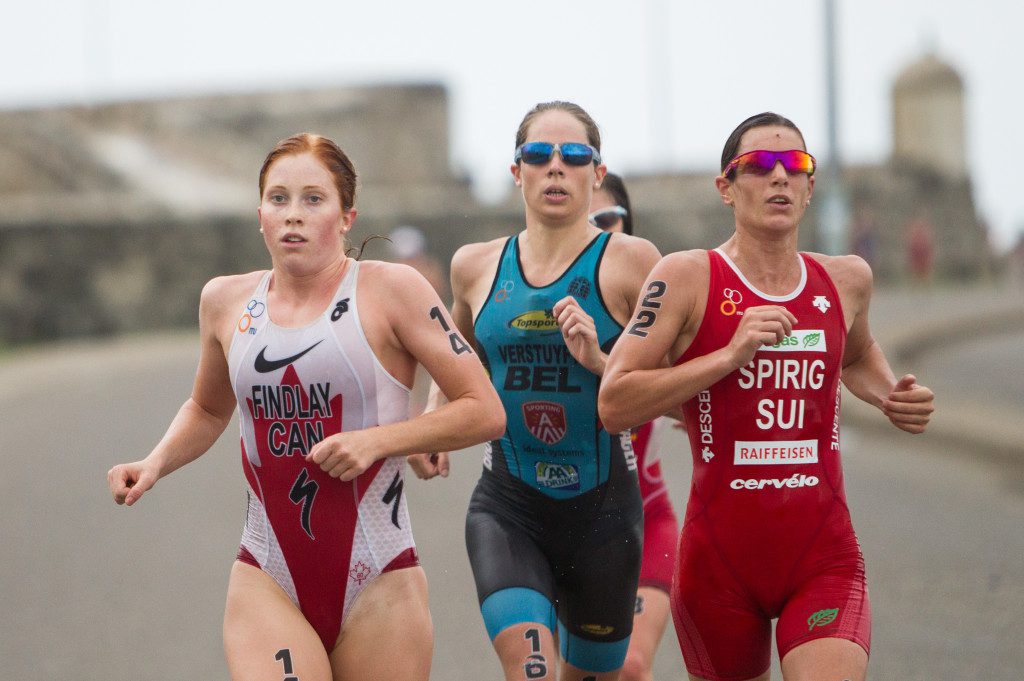 “Can you figure out a way to position triathlon as their (women’s) next great challenge?” Ironman CEO Andrew Messick asked at the Triathlon Business International Conference earlier this year. He was suggesting that the goal should be to draw more women from marathon running into Ironman racing. I think he needs to reframe that objective: triathlon shouldn’t be their next challenge, it should be their next opportunity. Triathlon needs to recognize the main barriers to entry for women and offer solutions to address these issues. Then it can be seen as an ideal sport for women from more diverse backgrounds.

According to Lindsay Wyskowski, Communications Manager at USA Triathlon, expense and time were the top reasons why athletes did not renew their memberships at USA Triathlon. Money and time constraints hit women harder than men because of ongoing societal inequality. Event directors and triathlon governing bodies need to recognize this and modify their approach to women’s participation.

“I appreciate the belief that ‘if you build it, they will come,’ and I would be curious as to whether there is any evidence to support that,” Messick told Outside Magazine last year.

In the past women faced major obstacles when it came to participating in sports. In 1971, when Title IX became law in the United States, there were less than 300,000 high school girls playing interscholastic sports. Now there are more than 2.4 million.

Opportunity leads to participation and this is reflected in statistics for junior participation in triathlon. Just under half of the participants (47%) at the junior youth and elite level in 2015 were female, according to USA Triathlon. Thanks to Title IX, young girls do not experience the same societal bias as women do once they enter the workforce. Comparing Ironman participation among women in North America (37%), versus the rest of the world (11%), shows the success of Title IX in changing societal norms for the women who grew up with it. The sport of triathlon benefits greatly from this law, as it has shaped the women who choose to be athletes well into, and past, their 40s.

Examining how women experience societal inequality starts at home, according to the Pew Research Foundation. Time constraints for women begin with pressure to be at home when they have a family:

“Whether women work outside the home or not, family responsibilities have a clear impact on the key life choices they make. Roughly three-in-ten women who are not currently employed (27%) say family duties keep them from working. And family appears to be one of the key reasons that many do not break through the “glass ceiling” to the top ranks of management — that’s the view, anyway, of about a third of the public.”

The second gender bias is the continuing wage gap that exists in the workplace. According to the US Census Bureau, women to male wage earnings ratio is 77%. Triathlon is very expensive when compared to running, and female athletes are simply priced out of the market sooner than men. These are US statistics, but stats here in Canada are similar, although the wage gap in Canada is higher, with a ratio of 73%.

A development model allowing women to amortize the cost of getting started in triathlon over a number of years makes good business sense. Competing at the full distance would be viewed as part of the natural progression through the sport rather than as a single life event. Triathlon would an adopted lifestyle, rather than a single ‘bucket list’ item, drawing more women in.

Generally, shorter distance races cost less money, so offering more short distance events would create more triathlons within athletes’ budgets. Linking a series of short races together is a way to encourage athlete development. Athletes start at the sprint distance and build fitness and experience, with a goal to participate at the full distance when they ready.

This approach addresses the time constraints, as it takes less time to train for shorter events. A family-friendly schedule at all triathlon events would allow families to be together at events. Events with activities for the whole family are inclusive, which will open more time for the sport.

Women-specific triathlon events are not the answer, as these events rely on the false assumption that racing with men is a significant obstacle to participation. This belief is refuted in marathon running, which has a higher female participation rate than men despite co-ed participation. Although women-only events address some of the time and money constraints that women face (generally they are shorter and less expensive), they are unlikely to inspire repeat participation. They are a beginner challenge suited to beginners, rather than an event offering growth and development.

Acknowledging that women have greater barriers to entry than men and offering events that fit potential time and money limitations will increase female participation. The reasons outlined above explain why the majority of women do not have the same opportunity as men in triathlon. Addressing these issues is the key to attracting more women, from a variety of ethnicities, to triathlon.

Women will rise to any challenge when they are given the chance. Policies that promote and champion women’s equality, while recognizing social reality, create the opportunity necessary to draw a greater number and variety of women to the sport of triathlon. There is room in the triathlon calendar for many different disciplines and distances of triathlon. More event choices will lead to a larger, more diverse female participation base.