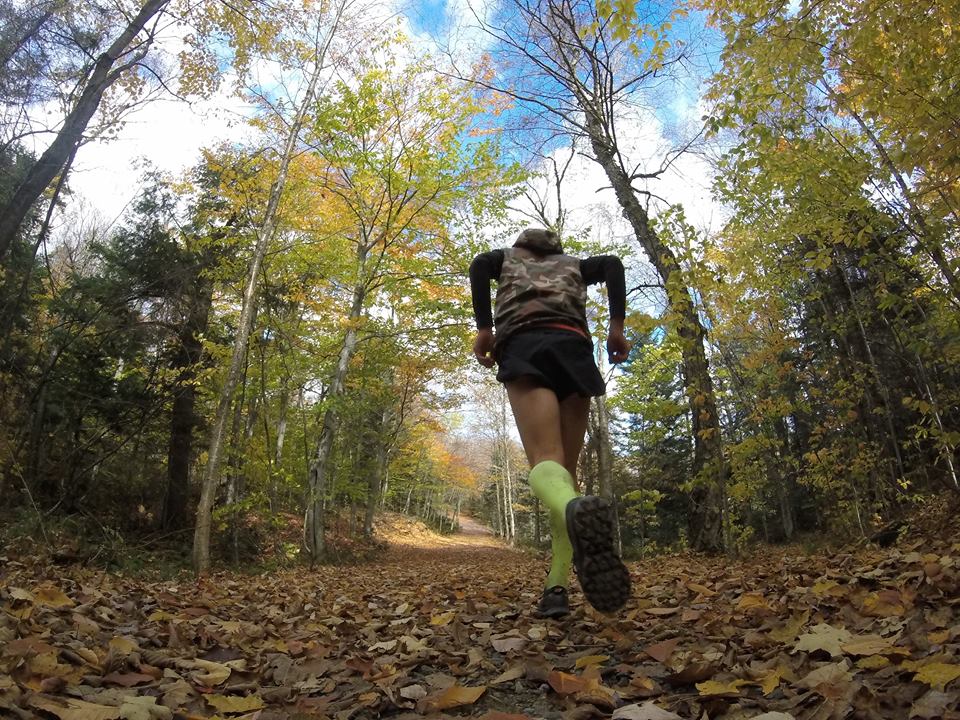 I have a love-hate relationship with running.

I hate it because it’s my weakness and I often get injured and I love it because there’s not better feeling than to run fast but efficiently; almost effortlessly. Running at the end of an Ironman is ugly, intervals are painful, injuries suck but still most of us LOVE running.

When I was in elementary school, I was the slightly overweight and unathletic kid who would try to make the cross-country team each year without success. I would hear the unfortunate news, come back home disappointed and would lace my shoes to go run in the trails next to my house. I always came back feeling much better that when I started the run. There’s just something special that happens when you run on trails in the forest. Time passes so fast and you don’t feel your earth pounding in your chest and your legs aching, asking you to stop. The scenery is so magnificent that pain is secondary, the only thing that matters is the trail and the endless possibilities that trail running brings.

When I discovered triathlon I soon realized how much of a weakness it was for me. I would start the triathlon in a good position since swimming is my strongest discipline, then I would lose a bit of confidence during the bike and finally I would start running and lose any hope of a good result. In ITU races, when you bike with many people in a pack and start the run together, you better run FAST, and by that, I mean crazy fast, if you want a good result.

It became quite obvious that I much preferred long distance triathlon since I enjoyed more the longer training sessions. Since I could allow myself to swim a bit less, my coach and I decided to put more emphasis on running. However, I felt like each time I was starting to see some improvements I would get injured and would race in less than ideal running shape. Now for the first time in a long time, I’m not injured (touch on wood), I really enjoy running and feel really good when I’m running. What has been key is taking the time to ice my shins, stretching, getting massages and seeing the physio regularly. Also, throwing away my shoes when they were a bit used up and always running in shoes in good conditions has also helped a lot. We often tend to overlook these details but they have a big impact in the long run (pun intended!).

Here is my favorite run workout as a I prepare to start my 70.3 race season:

Since I do this workout (or a similar workout) quite often as the racing season approaches I can start to predict my running fitness result, either by the pace I can sustain or by how I feel during the workout.

I always run outside even during the winter because I tend to get injured when I run often on the treadmills, so as spring approaches and the roads have less snow and ice I’m able to run at a faster pace and it’s really motivating.