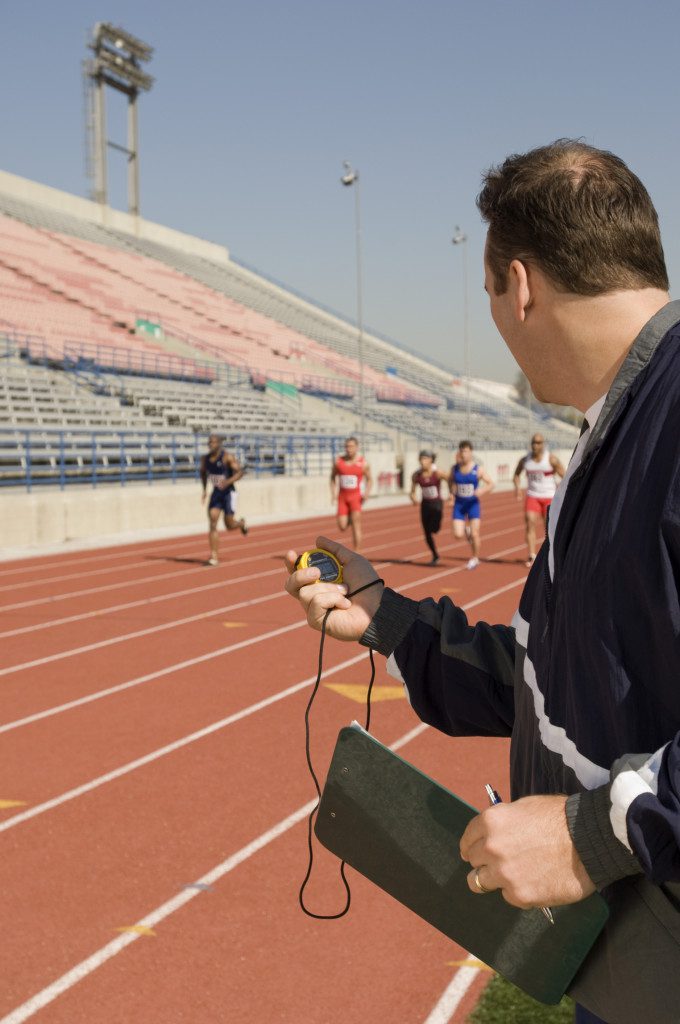 Some may find this a little out of the box, and to say the least, slightly offensive. On the other hand, it’s an issue that has not really been addressed in any article that I’ve read, but one I have heard through the testimony of fellow athletes. Can an elite/professional athlete be a coach at the same time as pursuing their own athletic endeavours?

For those that are athlete/coaches, please know that I’m not trying to persuade the masses from taking money out of your pocket, I know how hard it is to try and eek out a living from sponsors alone. I raced in the late ’90s as a pro and had to depend on some very mysterious ways of trying to make money while racing. My best sponsor was a chemical company that made soap for hospitals. With prize purses shrinking, and the number of races that even provide financial incentives diminishing, I can appreciate the need for supplementing your income with coaching.

This is just an idea that has floated in my mind for many years. Other athletes in our community have asked me if I ever thought of coaching. My answer has always been the following –  “as long as I’m trying to race I can’t, in good faith, coach.” Now I’m sure there are plenty of success stories out there that include athletes toeing the line in Kona with the help of an athlete/coach.

Play this scenario through, though. Think about that athlete going through the nerves and anticipation of completing their first full distance race, or even their 30th. If their coach is starting their race a half hour before, how can they quell the nerves? How can they effectively gauge performance and coach as the day goes on?

Personally, I see the most successful coaches in people like Mark Allen, Dave Scott, Kevin Mackinnon, James Loaring, Nigel Gray, Jasper Blake, Siri Lindley and Barb Lindquist. The common denominator is that they have hung up their professional racing credentials and have instead focused on their athletes. Having a coach that is still involved, and even races from time to time, is essential, however, racing professionally takes a whole different level of intensity that requires full attention to your own needs.

So why bring this issue up? I’ve seen and experienced the athlete/coach vicariously through other people. Knowing my own philosophy on this issue, I’ve seen how these fellow athletes are treated. I’ve seen the lack of attention. The delayed responses. The anxiety this causes can be troubling, especially when you’re forking out a few hundred bucks. With that kind of investment, you expect a return of equal or greater value.

When shopping for a coach you need to find a fit for your personality, your goals, and accessibility. Think about the traditional coaches in other sports. Are they out on the court, field, or ice competing with you? When’s the last time you saw an NFL coach taking a snap?

I used to work for a great man here in London that owned one of the premier cycling shops. He used to ride professionally in Europe during the 80’s. He had this saying that stuck with me — “you can’t coach when riding on the front.” Basically, you can’t see the errors and the needs of others when you’re always putting yourself first. Coaching is a slightly selfless endeavour. You’re using your knowledge to help those in need of correction, or to bring out their untapped talent. There are those that need the carrot, and there are those that need the stick.

My dad was a gymnastics coach for years. I always saw him as the quintessential version of a coach. Always correcting. Very stern. Detail oriented to the point where my sisters (both gymnasts) hated him, yet still sought out his approval. Speaking with the girls he coached years after, they too had this diametric version of their own feelings for him. I could never envision my sisters coaching their fellow athletes and my dad standing by. He wouldn’t have tolerated it. Maybe that’s why I’m writing this blog.

Again, my apologies to those athletes trying to make some extra cash. I don’t blame you. Maybe you can find a chemical company out there that will help support your racing, instead.