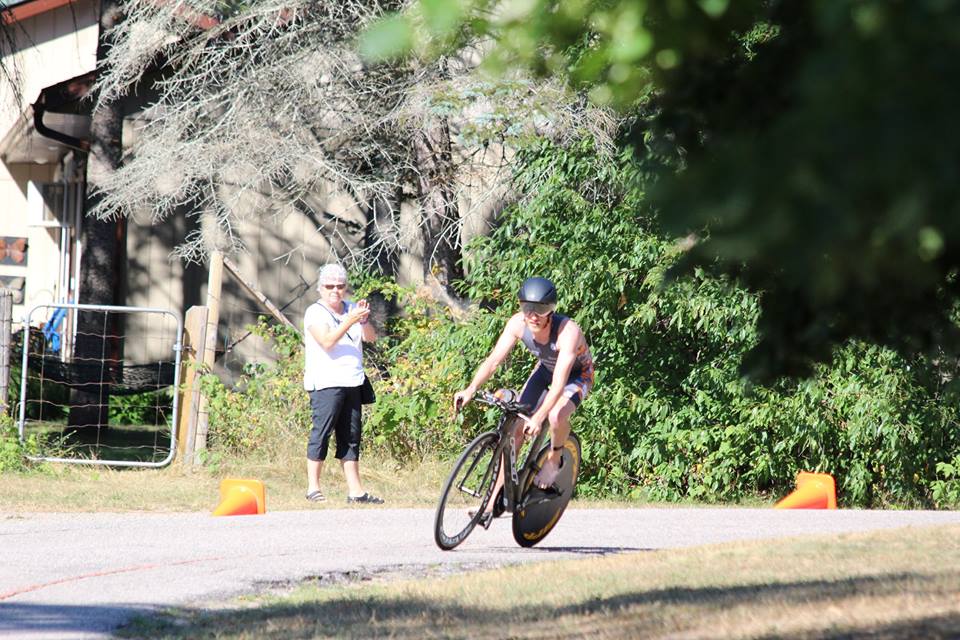 Let’s rewind a few weeks to mid-July. I’m in Racine, Wisconsin for the 70.3 race. I’m pretty confident I can earn a decent result. This one matters. I want to back-up last year’s result in Muskoka with something solid in Wisconsin, prove that I can roll some decent half distance results together.

My training has been going reasonably well. My watts are up on the bike, my swimming is strong. I feel I’ve improved that crucial one per cent that makes all the difference at the pro level. On the morning of that strange race, word comes though that the swim has been cancelled and the bike has been shortened. Perfect. This plays well for me. My limiter – the bike – has been diluted. I’m definitely confident I can finish top five, top six or even push hard for a top three place. Things, however, didn’t go according to plan and I ended up racing poorly. I couldn’t figure it out for sure at the time, but looking back now, there were indicators that all wasn’t well.

At the start of the summer I spoke with Rich, my coach, and let him know that I wasn’t recovering from big sessions like I should be. My muscles weren’t sore. I just felt flat. My body was dead. I wasn’t bouncing back. I could sense that I wasn’t over-training, it was a case of under-recovering. We tweaked our training. Less volume. Less intensity. Then we focused on Racine where I had that poor race.

A few weeks after the Wisconsin experience, I travelled to Kingston, here in Ontario, for the Long Triathlon. During the swim I sat on some feet. It’s not really how I like to race. I like to dictate things, to push the pace whenever I can. That wasn’t possible in Kingston. I couldn’t get my mojo flowing. I wasn’t firing during the swim but stay positive and figure I can pick things up on the bike. Maybe I can warm up for the first ten kilometres then drive the race.

Again, it didn’t happen for me. Half way through the bike my legs were done. Toast. I decided my race was over and coasted back to transition and packed up my gear. I knew I had to get to the bottom of my lacklustre few months and decided that I was visiting the doctor as soon as I got back home to Kitchener.

A couple of medical appointments later – including a trip to see a naturopathic doctor and sports nutritionist – I’ve been told that I have a B12 deficiency. A lack of this nutrient leads to tiredness and weakness in the body. It’s not the ideal way to train and race for an endurance sport.

But at least I’ve gotten to the bottom of my issues and now I can look forward and address the deficiency.
Something like this – an invisible, external force – can play terrible tricks with your head. It’s not like a broken toe or a smashed collarbone that you can touch or view on an X-Ray. It’s not tangible, so as a pro, you start second guessing yourself.

The week after the Kingston race I more or less spent on the couch. I got a few sessions in, but nothing too significant. It was me, Netflix, and my own thoughts.

My mind travelled back to Ironman 70.3 Chattanooga earlier in the year. I didn’t hit my times that day and when I crossed the finish line, the announcer blurts out: “Wow, here comes Alex VanderLinden from Canada. It’s the first race I’ve seen all season where a Canadian hasn’t finished top five.”

Needless to say, I wanted to land a fist on that announcer’s nose!

I’m a glutton for comparing myself to others as well and it’s an easy trap to fall into, because there are so many top triathletes here in southern Ontario. On the couch the week after Kingston, I was wondering how all these other guys from my area – Lionel, Cody, Jack, Taylor – how they’re all making such an impact on big races. What do I need to do to get there?

It took a while to shake those thoughts off and discovering that nutrient deficiency definitely shines some light towards the end of the tunnel.

It’s not unusual for an athlete to suffer some kind of deficiency. Cody has written some great stuff about his testosterone deficiency, Paula Findlay had to cope with an iron deficiency in 2012 around the time of the London Olympics.

For all athletes – pro or age-grouper – it’s a matter of knowing your body and listening to your body. You know if you can shake something off easily, or you can sense that there’s something underlying to what you’re going thorough. It’s something you learn with experience, too, and I’m glad I took a step back after Kingston to reassess.

August was supposed to be a month of hardcore training for me, but it’s morphed into a recovery month. That’s the triathlon life. You’ve got to roll with the punches, and navigate your way though the obstacles as each one appears. That’s not to say that doubts won’t creep into your head every so often. From here, I’m taking steps to replenish my B12 supplies. I’ve taken a B12 shot and I’ll supplement according to medical advice.

The season rolls on with Barrelman in September (I’m hopeful I’ll be close to fully recovered by then), followed by Ironman 70.3 Los Cabos at the end of October. A couple of opportunities to finish 2016 on a high, but more importantly, some needed incentive to get my training and health back on track.